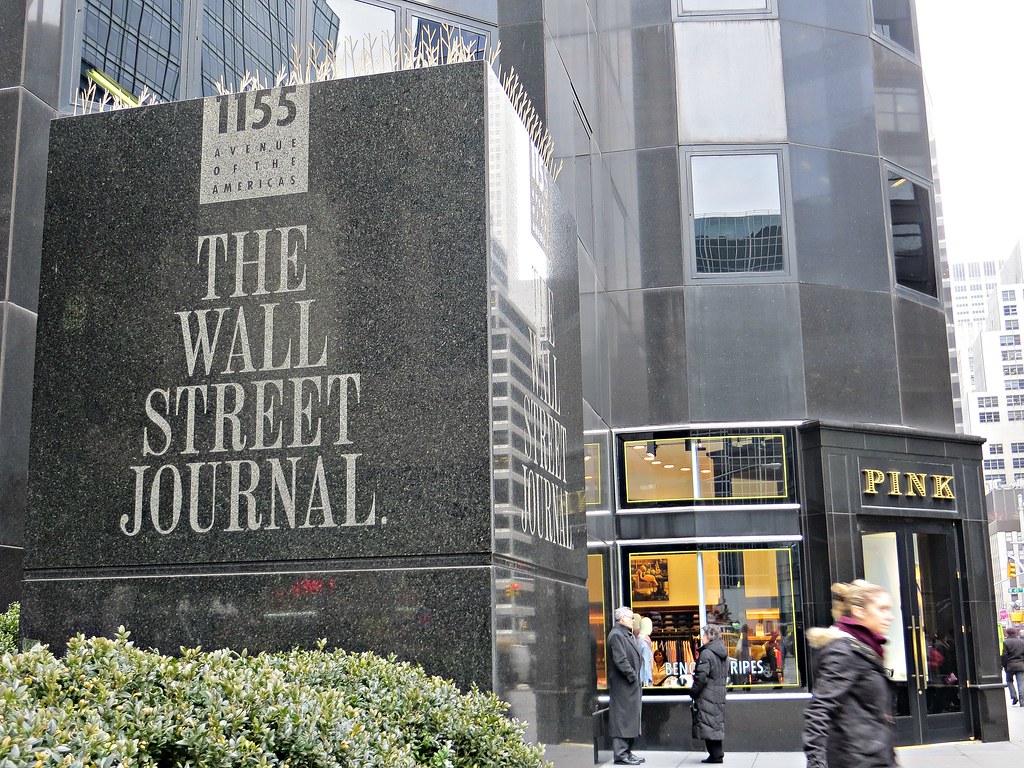 The Wall Street Journal is an American business-focused, an international daily newspaper based in New York City, with international editions also available in Chinese and Japanese. The Journal, along with its Asian editions, is published six days a week by Dow Jones & Company, a division of News Corp. The newspaper is published in broadsheet format and online.

The Journal has been printed continuously since its inception on July 8, 1889, by Charles Dow, Edward Jones, and Charles Bergstresser. The Journal is regarded as a newspaper of record, particularly in terms of business and financial news.

Published Monday through Friday, the U.S., Asian, and European editions of the Journal had a combined circulation of more than two million at the turn of the 21st century. The U.S. Journal added a weekend edition in 2005. The Journal’s sister publications have included the financial magazine Barron’s, the Far Eastern Economic Review, and SmartMoney.

The Wall Street Journal is one of the largest newspapers in the United States by circulation, with a circulation of about 2.834 million copies (including nearly 1,829,000 digital sales) as of August 2019.

According to britannica.com; en.wikipedia.org. Source of photos: internet