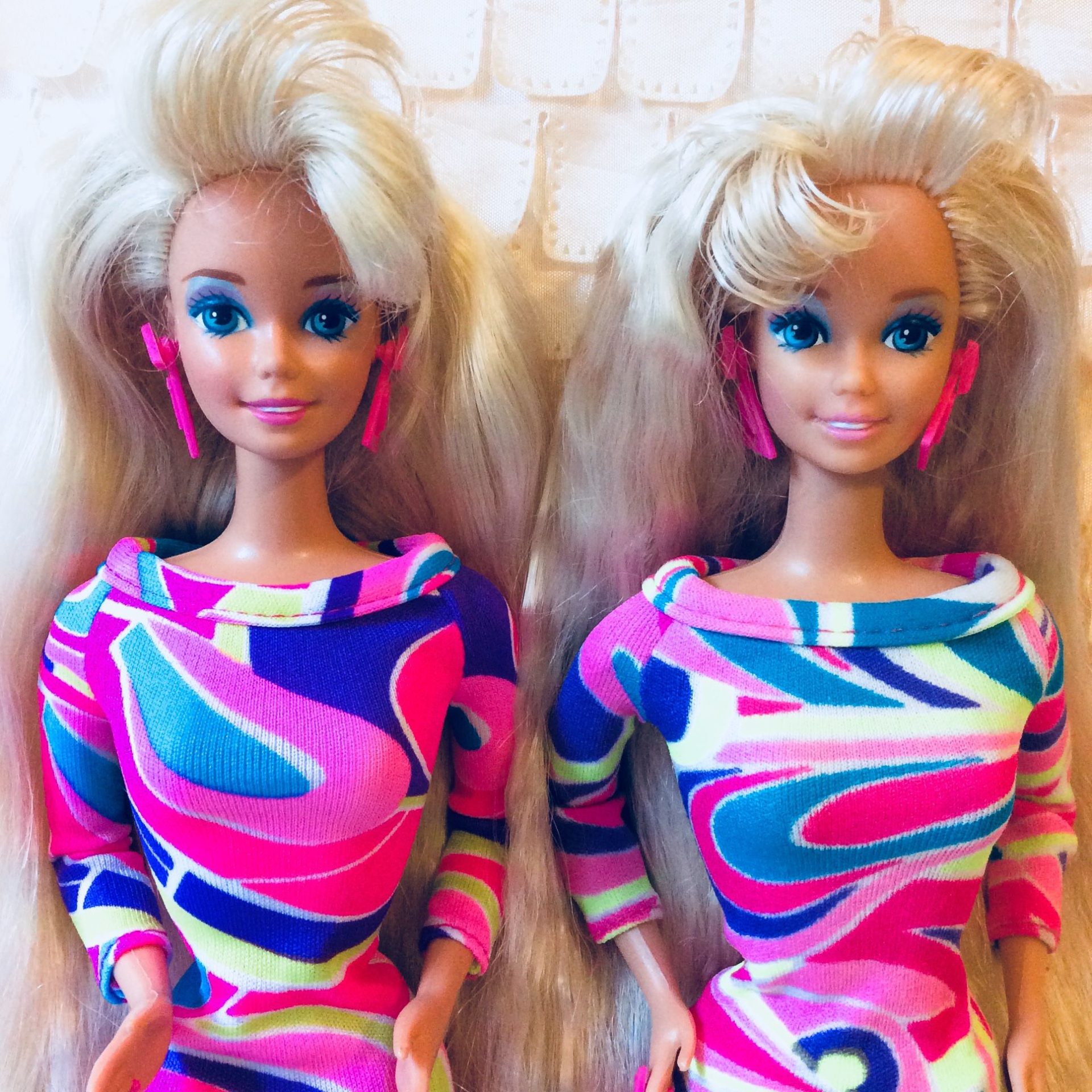 Totally Hair Barbie (also known as Ultra Hair Barbie in Europe) is a fashion doll in the Barbie line that was released in 1992. The doll’s extra-long hair reached all the way to her toes and at the time, she had the longest hair ever for a Barbie doll. She is notable for being the highest-selling Barbie doll in history.

Accessories included a scrunchie, hair clips, hair tie, comb, DEP styling Hair gel, the dress, and her signature pink heels. Fashion packs were also released alongside the dolls to redress them. A Totally Hair Barbie Styling Head was also released. The doll was marketed at the time as being the longest-haired Barbie, until she was dethroned by Jewel Hair Mermaid Barbie in 1996.

In 2017, Mattel rereleased the doll for her 25th anniversary, and it is generally faithful to the original, with some minor changes, such as a lack of the hair gel and the inclusion of a booklet, certificate of authenticity, a doll stand, and the hair being a different material, as the original had Kanekalon hair while the reproduction has Saran hair.

According to yahoo.com; en.wikipedia.org. Source of photos: internet