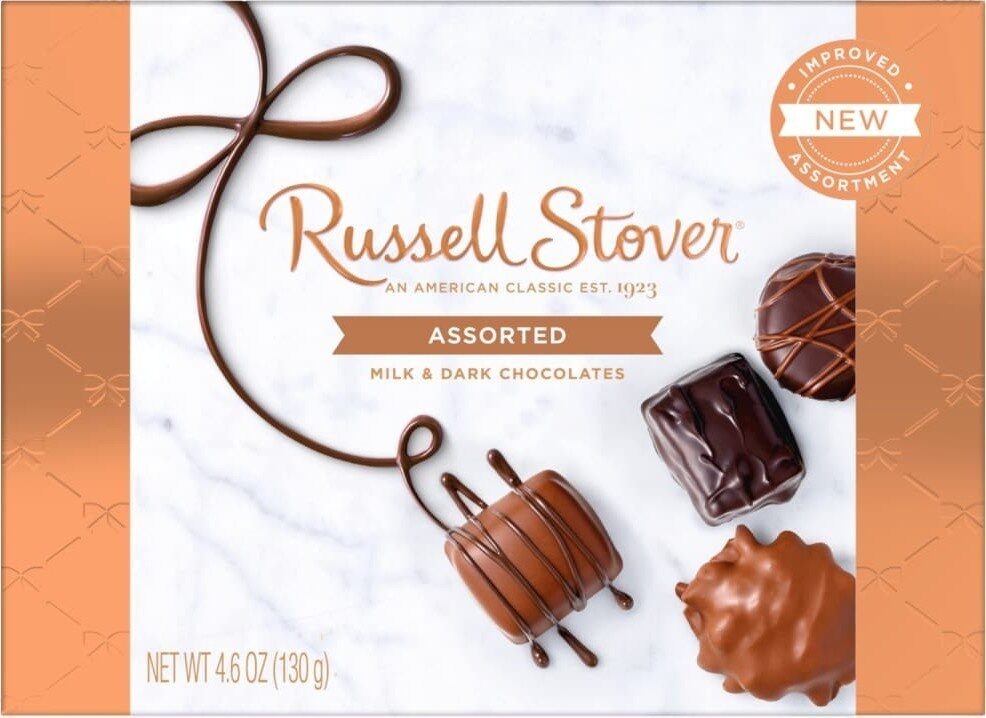 Russell Stover Chocolates, Inc., founded by Russell Stover, an American chemist and entrepreneur, and his wife Clara Stover in 1923, is an American supplier of candy, chocolate, and confections. The corporate headquarters are in Kansas City, Missouri.

Russell Stover Candies did not start with candy. In 1921, Russell Stover and his partner at the time, Iowa schoolteacher Christian Kent Nelson, created a chocolate-dipped ice cream sandwich. At a dinner party, Russell’s wife Clara Stover suggested calling it an Eskimo Pie. The product was a success for them, and they began licensing manufacturers to produce it.

As other companies soon began to release similar chocolate-dipped ice cream products, Russell Stover was nearly forced out of business.[citation needed] The Stovers sold their share of the company for $25,000 and moved to Denver, Colorado. In 1923, Russell and Clara created a new company from their home, packaging and selling boxed chocolates. They were originally named “Mrs. Stover’s Bungalow Candies”. However, 20 years later, in 1943, it was renamed Russell Stover Candies. The company created a unique assortment – from the popular BOW LINE PRALINES, the VALENTINE HEART BOXES, the legendary Whitman’s SAMPLER BOXES to the Pangburn’s MILLIONAIRES and their successful sugar-free products. Until today, the brand is the no. 1 choice for any gifting occasion from Valentine’s Day, Easter, family occasions to Holidays in the United States.

In 2014, Lindt & Sprüngli acquired the brands Russell Stover, Whitman’s and Pangburn’s as an ideal addition the Group’s portfolio. The acquisition was one of the most strategic decisions in the history of Lindt & Sprüngli and strengthened its top position in the world’s biggest chocolate market.

According to Lindt-spruengli.com and en.wikipedia.org. Source of photo: internet