DiGiorno and Delissio are a co-owned brand of frozen pizzas sold in the United States and Canada, respectively, and are currently subsidiaries of Nestlé.DiGiorno manufactures over 250,000 pizzas each day for consumers for national sale in the mainland United States.Total revenue from pizza sales in 2017 was just over $1 billion. 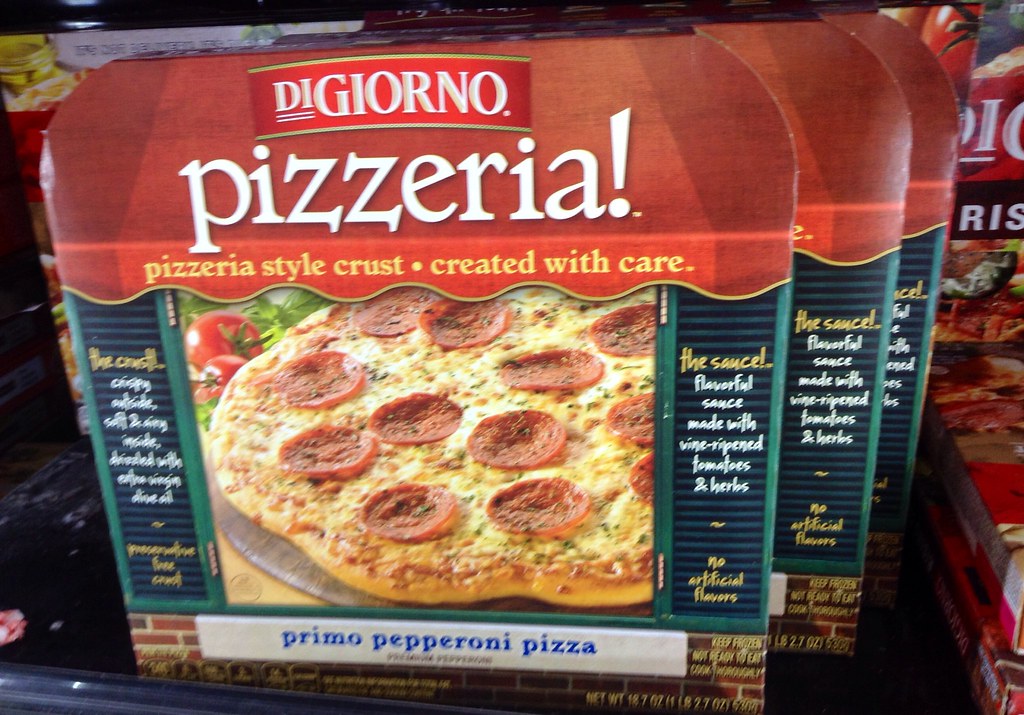 The brand’s slogan is “It’s not delivery. It’s DiGiorno/Delissio,” which suggests that their frozen pizzas are of high enough quality that they might be mistaken for fresh pizzeria pizzas.

Starting with the original rising crust pepperoni pizza in 1995, DiGiorno became one of the top-selling frozen pizza brands, growing large enough to rebrand as Delissio in Canada in 1999 and be bought out by Nestle in 2010.

USA Today notes that DiGiorno is the best-selling frozen pizza on the planet, and when it comes to frozen pizza sales, DiGiorno takes up about half the market.

According to mashed.com; en.wikipedia. Source of photo: internet