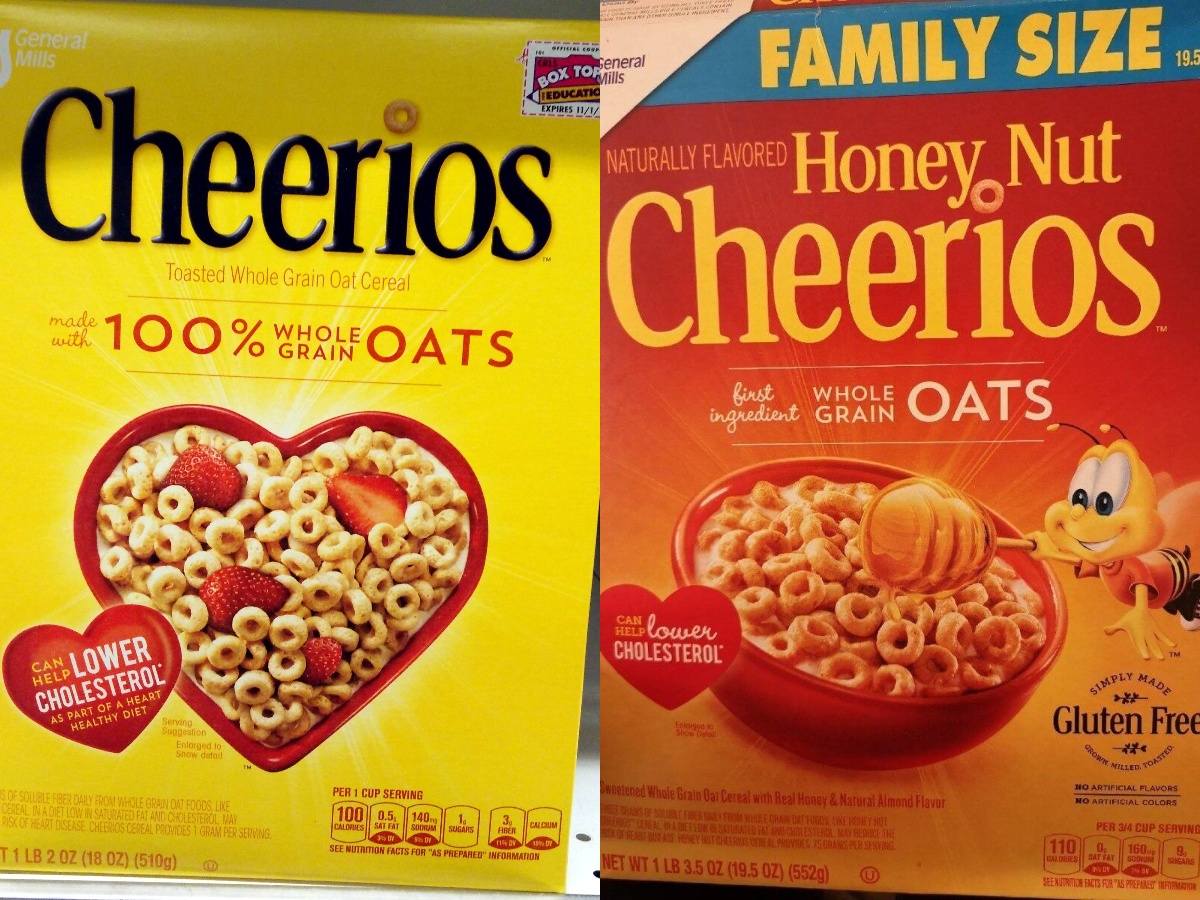 Cheerios is a brand of cereal manufactured by General Mills in the United States, consisting of pulverized oats in the shape of a solid torus. In some countries, including the United Kingdom, Cheerios is marketed by Cereal Partners under the Nestlé brand; in Australia and New Zealand, Cheerios is sold as an Uncle Tobys product. It was first manufactured in 1941 as CheeriOats.

Cheerios was introduced on May 1, 1941, as “CheeriOats”. The name was shortened to “Cheerios” in 1945 after a competing cereal manufacturer, Quaker Oats, claimed to hold the rights to use the term “oats”.Cheerios’ production was based upon the extrusion process invented for Kix in 1937. In 1976, “Cinnamon Nut Cheerios” was the first departure from the original flavor of Cheerios, over 30 years after the cereal was created; the second was “Honey Nut Cheerios”, introduced in 1979. General Mills sold approximately 1.8 million cases of Honey Nut Cheerios in its first year.

According to en.wikipedia.com. Source of photo: internet