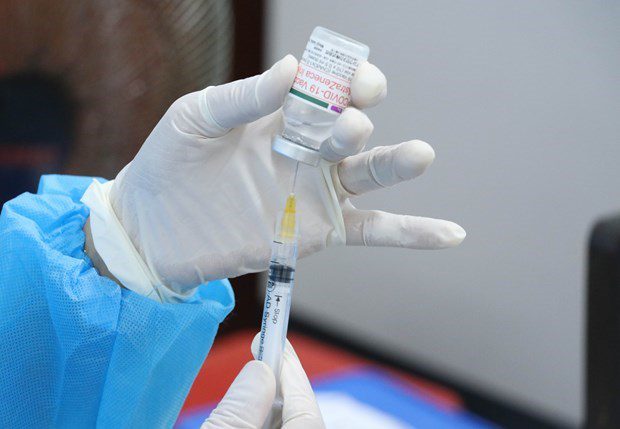 Facebook
Twitter
Pinterest
WhatsApp
As part of a virtual Covid-19 summit on the margins of the UN General Assembly, Biden announced that the US is purchasing an additional 500 million Pfizer Covid-19 vaccines to donate to low- and lower-middle-income countries around the world, a senior administration official said, previewing the summit. The newly announced 500 million doses are on top of the 500 million the US had already committed to sharing with other nations.
Those vaccines will begin shipping out in January, and from January through September of next year, the US will ship out 800 million vaccines to the world, the official said. These vaccines bring the United States total to over 1.1 billion vaccines donated to other countries.
“We also know that to beat the pandemic here, we need to beat it everywhere. And I made — and I’m keeping — the promise that America will become the arsenal of vaccines as we were the arsenal of democracy during World War II,” Biden said at the summit.
The vaccines will be distributed through Covid-19 Vaccines Global Access, the global vaccination program known as COVAX. The President noted the US has already shipped more than 160 million Covid-19 doses to 100 countries, which is more than every other country has donated combined.
“To put it another way: For every one shot we’ve administered today in America, we have now committed to do three shots to the rest of the world,” Biden said at the summit.
The President called on other nations to fulfill and increase their vaccine donation pledges to help put an end to the pandemic, and announced a partnership between the US and European Union to expand global Covid-19 vaccinations.
The push comes as the Biden administration prepares to offer booster shots to many vaccinated Americans this fall. The executive director of the World Health Organization’s health emergencies program, Mike Ryan, has criticized the move, arguing vaccines need to be prioritized to those who haven’t had any Covid-19 shots yet.
White House officials have pushed back on the criticism and said they can provide booster shots while also continuing its efforts to help vaccinate the rest of the world. Officials like White House Covid-19 response director Jeff Zients and US Surgeon General Vivek Murthy have stressed the importance of doing both at the same time in order to end the global pandemic.
Biden said that Secretary of State Antony Blinken would be convening foreign ministers later this year to check on the global vaccination progress. The President also proposed a second high-level virtual summit in the first quarter of 2022 “to help gauge our progress and keep our efforts fully alive.”
Following the summit, the White House released a statement on the US-European Union vaccine partnership that reads: “It is vital that we aggressively pursue an agenda to vaccinate the world. Coordinated U.S. and EU leadership will help expand supply, deliver in a more coordinated and efficient manner, and manage constraints to supply chains.”
“This will showcase the force of a Transatlantic partnership in facilitating global vaccination while enabling more progress by multilateral and regional initiatives,” the statement continues.’
According to edition.cnn.com. Source of photo: internet