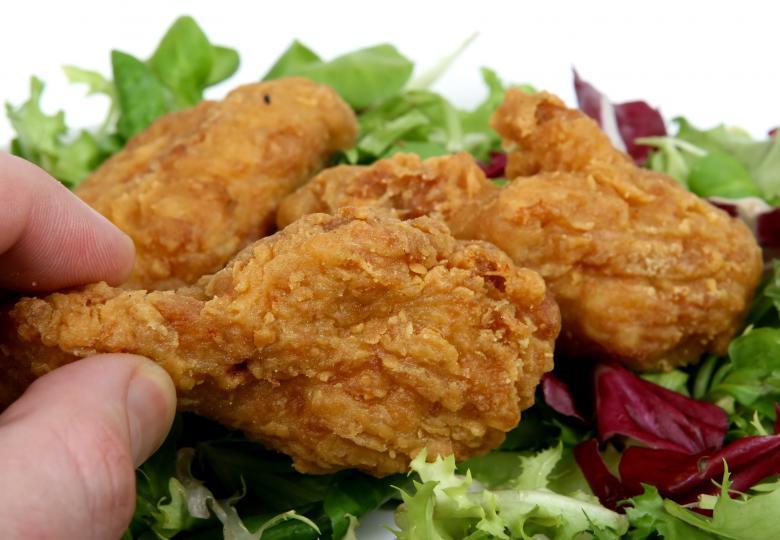 Upside Foods (formerly known as Memphis Meats) is a food technology company headquartered in Berkeley, California aiming to grow sustainable cultured meat. The company was founded by Uma Valeti (CEO), Nicholas Genovese (CSO), and Will Clem. Valeti was a cardiologist and a professor at the University of Minnesota. The company plans to produce various meat products using biotechnology to induce stem cells to differentiate into muscle tissue, and to manufacture the meat products in bioreactors.

On March 14, 2017, Memphis Meats invited a handful of taste-testers to their kitchen to try it. And according to the company, they said it tastes just like chicken. In February 2016, the company said it had produced lab-grown meatballs, made by cultivating cow muscle tissue in a sterile environment. In addition to chicken, Memphis Meat announced on March 15 that it has cultivated lab-grown duck as well.

Meat production is harsh on the planet. Globally, traditional livestock farming accounts for about 18% of greenhouse emissions, uses 47,000 square miles of land annually, and exhausts 70% of the world’s water.

Memphis Meats says it can produce beef and poultry much more efficiently (indoors and without killing animals). However, as Business Insider’s Ariel Schwartz previously reported, lab-grown meat still requires fetal serum, which comes from unborn calves and chicks, to start the cultivation process. Memphis Meats told The Wall Street Journal in 2016 that it expects to replace the serum with something plant-based soon.

It also estimates its current technology can yield 1 pound of chicken meat for less than $9,000— which is half of what it cost the startup to make 1 pound of its beef meatballs about a year ago. That said, $9,000 is still incredibly expensive, and lab-grown meat’s costly production is one of the reasons why Memphis Meat has not been able to go to market yet. For comparison, boneless chicken breast costs about $3.22 per pound to produce in the US.

According to businessinsider.com. Source of photo: internet