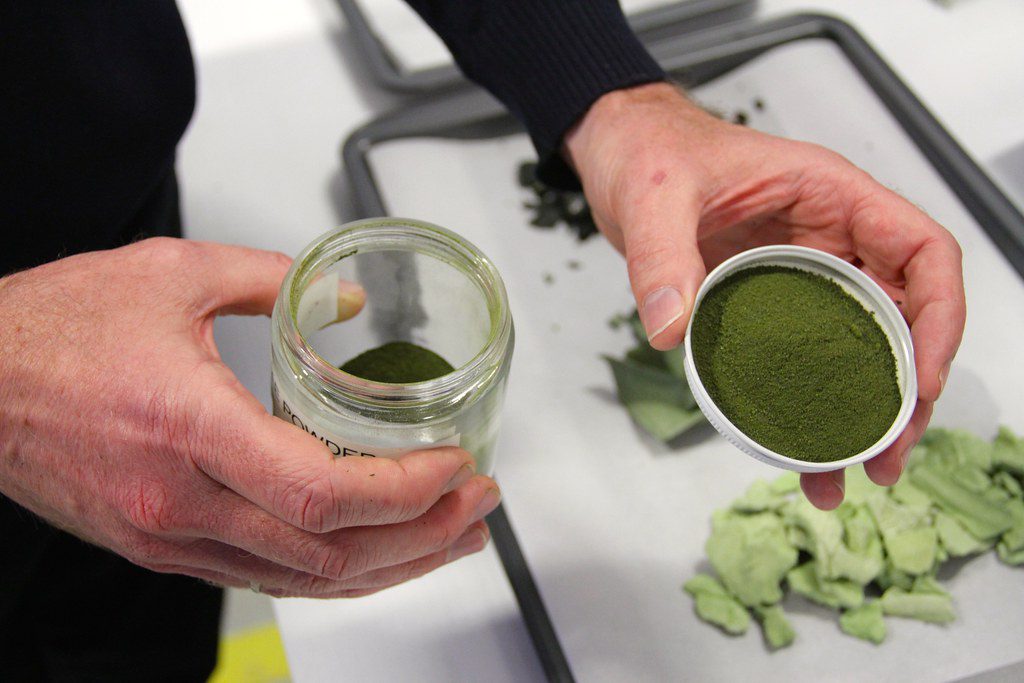 The project began several months ago when undergraduate biology students began working with a group of undergraduate chemistry students to solve a basic chemistry problem: how to make the precursor of the polyurethane foam core of a surfboard from algae oil. Polyurethane surfboards today are made exclusively from petroleum.

The chemistry students figured out how to chemically change the oil obtained from laboratory algae into different kinds of “polyols.” Mixed with a catalyst and silicates in the right proportions, these polyols expand into a foam-like substance that hardens into the polyurethane that forms a surfboard’s core.

Although the board’s core is made from algae, it is pure white and indistinguishable from most plain petroleum-based surfboards. That’s because the oil from algae, like soybean or safflower oils, is clear.

“This shows that we can still enjoy the ocean, but do so in an environmentally sustainable way,” added Mayfield.

According to medium.com; en.wikipedia.org; fastcompany.com. Source of photo: internet