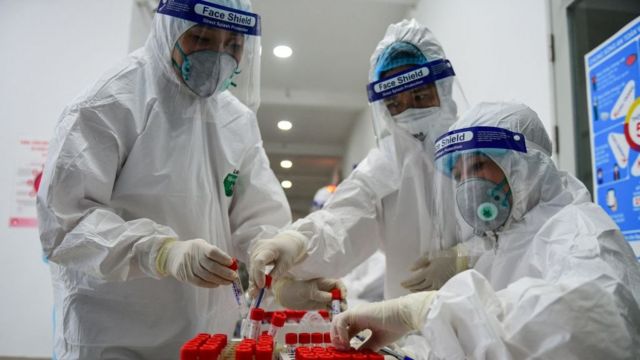 The Biden administration announced Monday it will send 55 million Covid-19 vaccine doses to countries in Latin America, Asia and Africa as the coronavirus continues to rapidly spread in low- and middle-income nations.

The 55 million vaccine doses are the remaining portion of 80 million shots President Joe Biden has committed to donating abroad. Earlier this month, the administration said it would send the first 25 million doses to South and Central America, Asia, Africa, neighboring countries and U.S. allies.

The U.S. plans to allocate 75% of its initial 80 million doses through COVAX, the nonprofit that distributes vaccines mostly to poor countries, while the remaining shots will be sent to countries currently dealing with surges in new infections, the administration said Monday.

About 16 million will go to countries in Asia like India, Nepal, Pakistan, Afghanistan, Philippines, Vietnam, Indonesia, Malaysia, Laos and Thailand, the administration said. About 10 million doses will go to Africa and are expected to be shared with countries that will be selected in coordination with the African Union, it said.

Another 14 million will be shared with “regional priorities and other recipients” such as Iraq, Yemen, Tunisia and Ukraine, the administration said.

“Sharing millions of U.S. vaccines with other countries signals a major commitment by the U.S. government,” the administration said in a release detailing its plan. “Just like we have in our domestic response, we will move as expeditiously as possible, while abiding by U.S. and host country regulatory and legal requirements.”