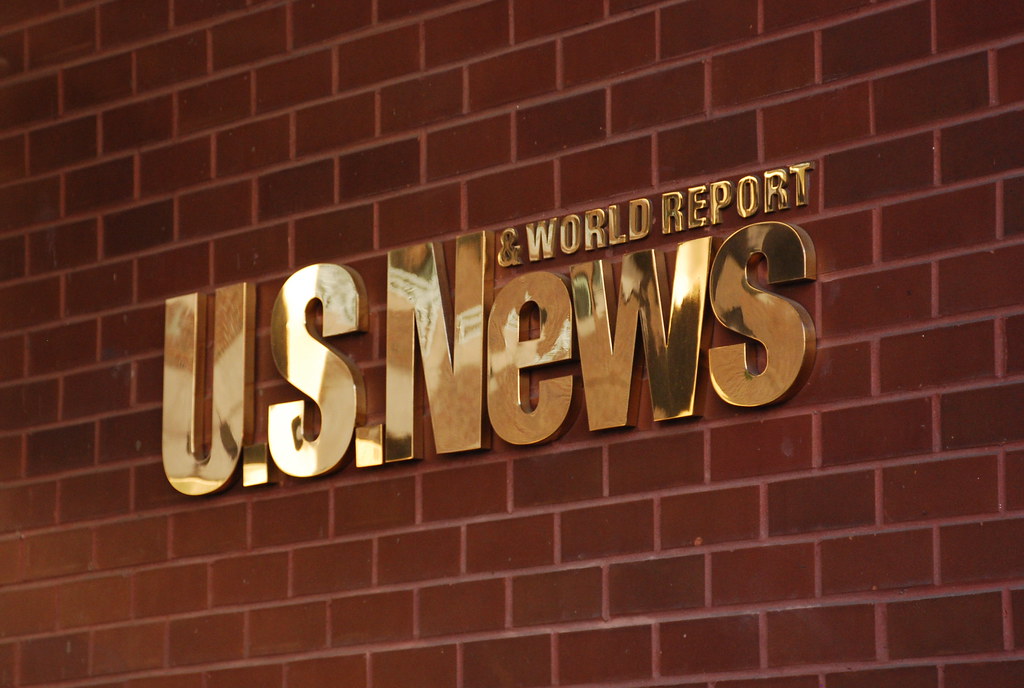 U.S. News & World Report is an American media company that publishes news, consumer advice, rankings, and analysis. It was launched in 1948 as the merger of domestic-focused weekly newspaper U.S. News and international-focused weekly magazine World Report. In 1995, the company launched ‘usnews.com’ and in 2010, the magazine ceased printing.

The magazine focused more on economic, health, and education stories. It also eschewed sports, entertainment, and celebrity news. Important milestones in the early history of the magazine include the introduction of the “Washington Whispers” column in 1934 and the “News You Can Use” column in 1952.

Since 1983, it has been known primarily for its influential ranking and annual reports of colleges and graduate schools, spanning most fields and subjects. U.S. News & World Report is America’s oldest and best-known ranker of academic institutions and covers the fields of business, law, medicine, engineering, education, social sciences, and public affairs, in addition to many other areas. Its print edition was consistently included in national bestseller lists, augmented by online subscriptions. Additional rankings published by U.S. News & World Report include hospitals, medical specialties, and automobiles.

According to usnews.com; en.wikipedia.org. Source of photo: internet