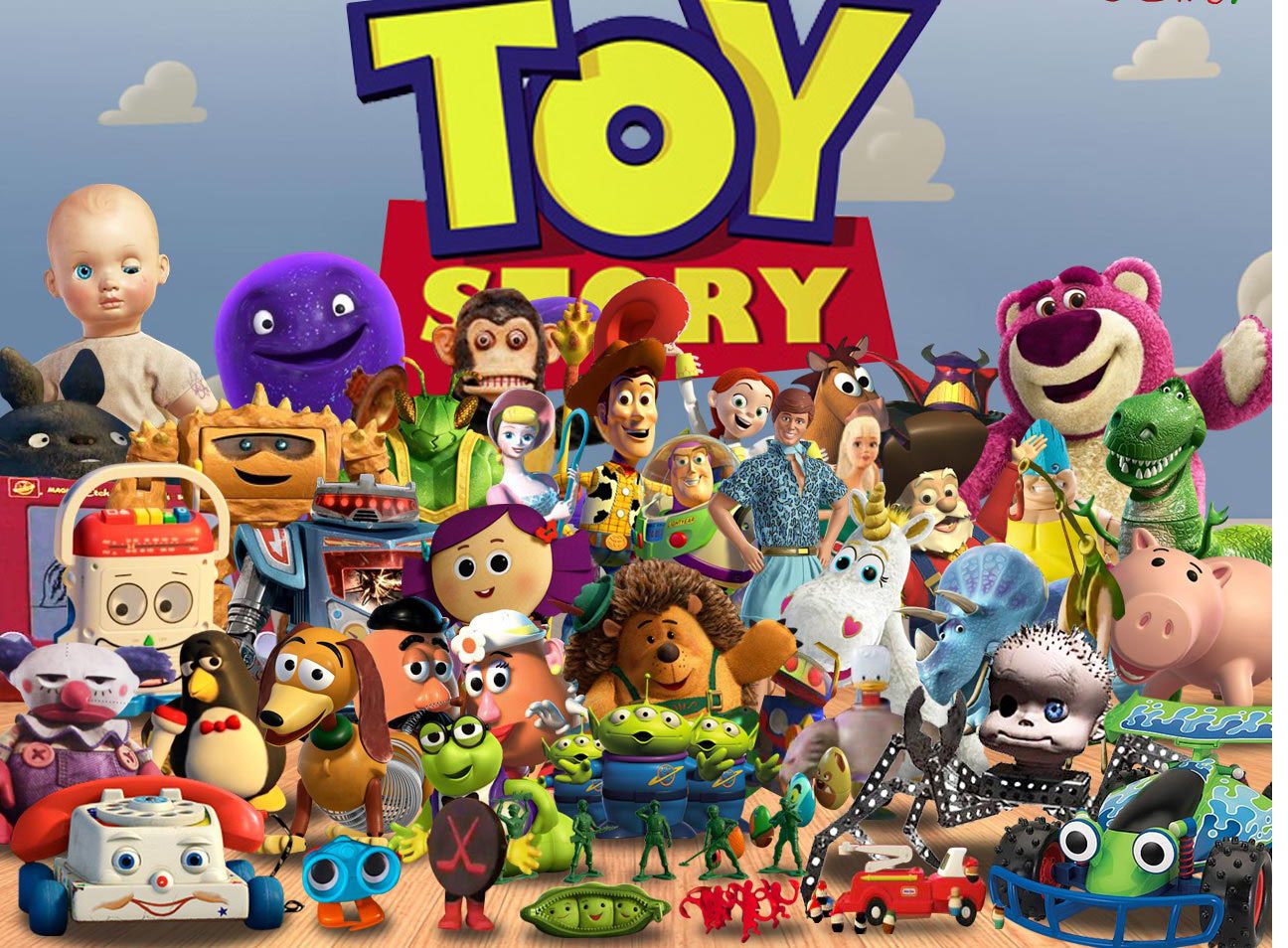 Toy Story is a 1995 American computer-animated comedy film produced by Pixar Animation Studios and released by Walt Disney Pictures. The first installment in the Toy Story franchise, it was the first entirely computer-animated feature film, as well as the first feature film from Pixar. The film was directed by John Lasseter (in his feature directorial debut), and written by Joss Whedon, Andrew Stanton, Joel Cohen, and Alec Sokolow from a story by Lasseter, Stanton, Pete Docter, and Joe Ranft. 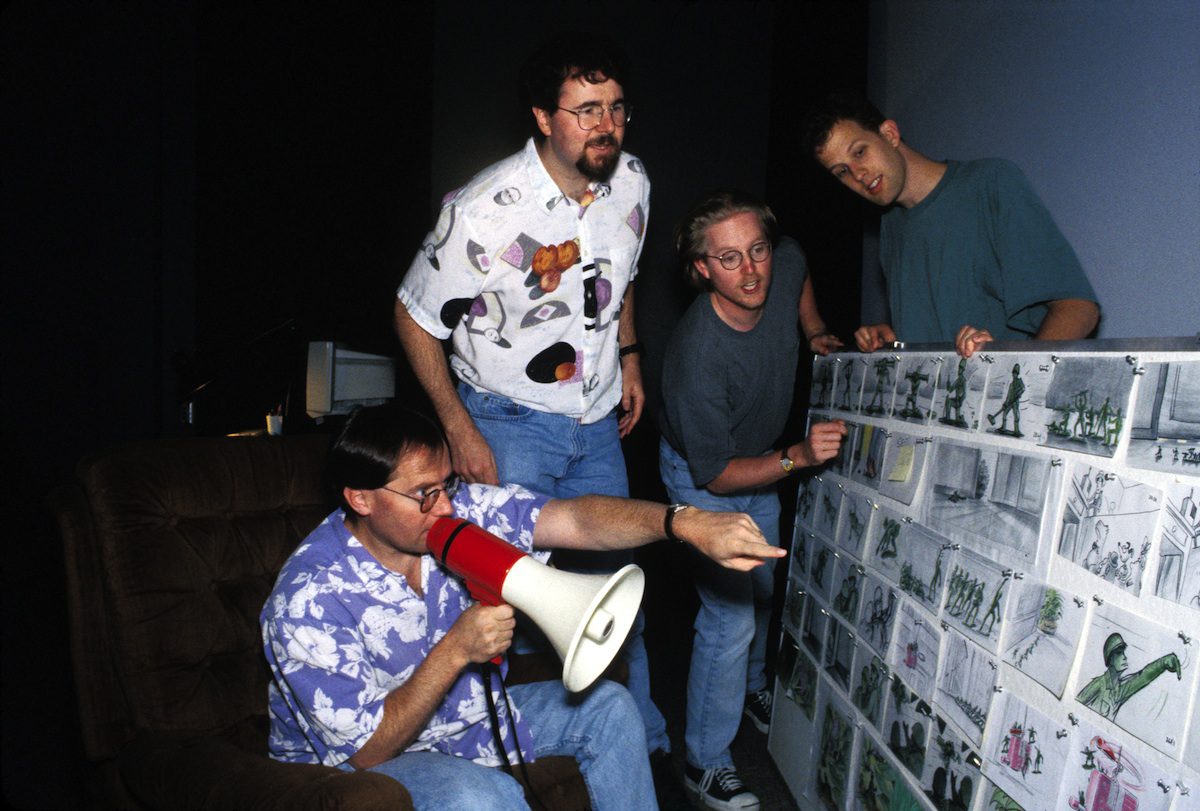 Taking place in a world where anthropomorphic toys come to life when humans are not present, the plot focuses on the relationship between an old-fashioned pull-string cowboy doll named Woody and an astronaut action figure, Buzz Lightyear, as they evolve from rivals competing for the affections of their owner, Andy Davis, to friends who work together to be reunited with Andy after being separated from him.

Following the success of their 1988 short film Tin Toy, Pixar was approached by Disney to produce a computer-animated feature film told from a small toy’s perspective. Lasseter, Stanton, and Docter wrote early story treatments, which were rejected by Disney, who wanted the film’s tone to be “edgier”. 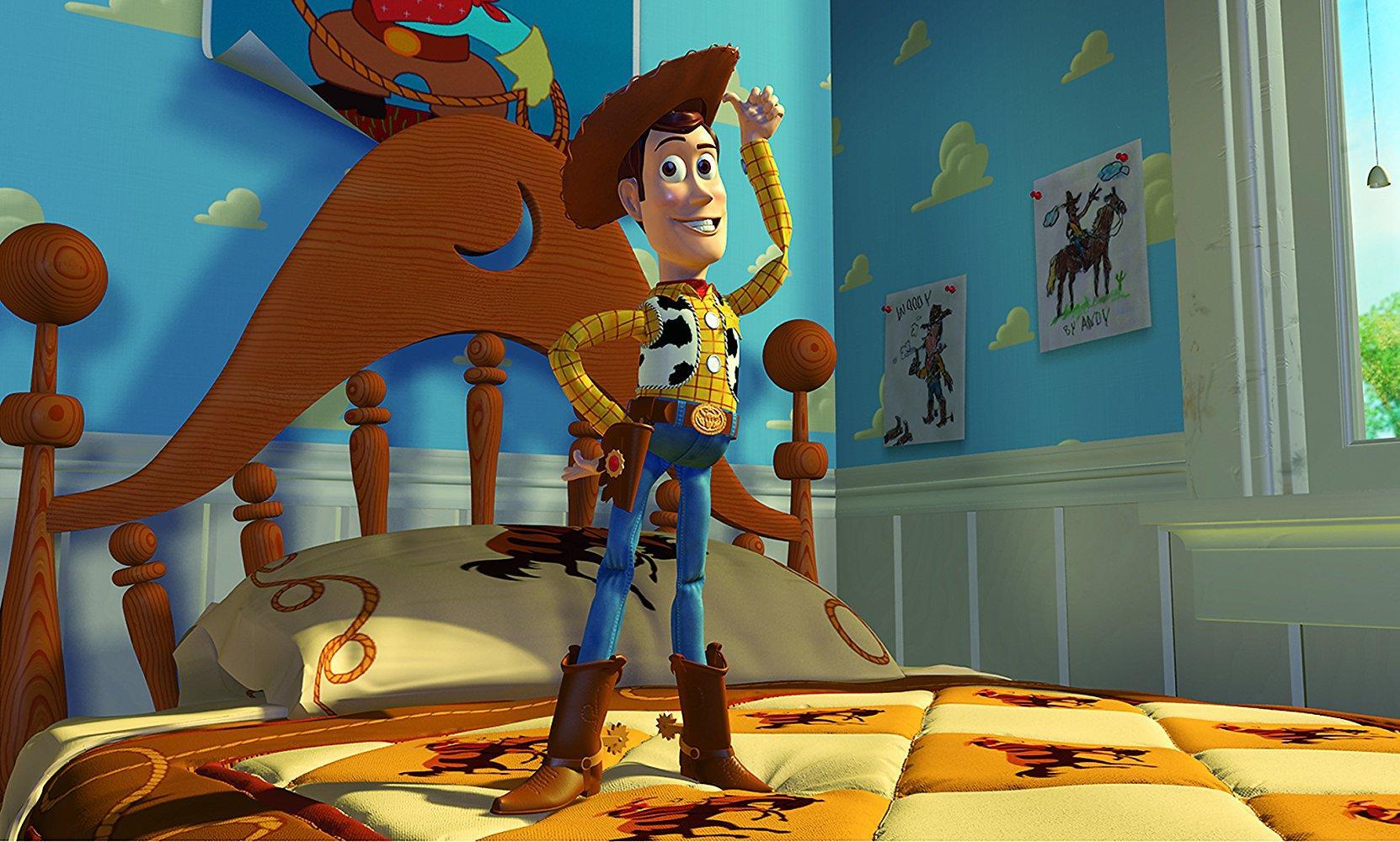 After several disastrous story reels, production was halted and the script was rewritten to better reflect the tone and theme Pixar desired: “toys deeply want children to play with them, and … this desire drives their hopes, fears, and actions”. The studio, then consisting of a relatively small number of employees, produced the film under only minor financial constraints. 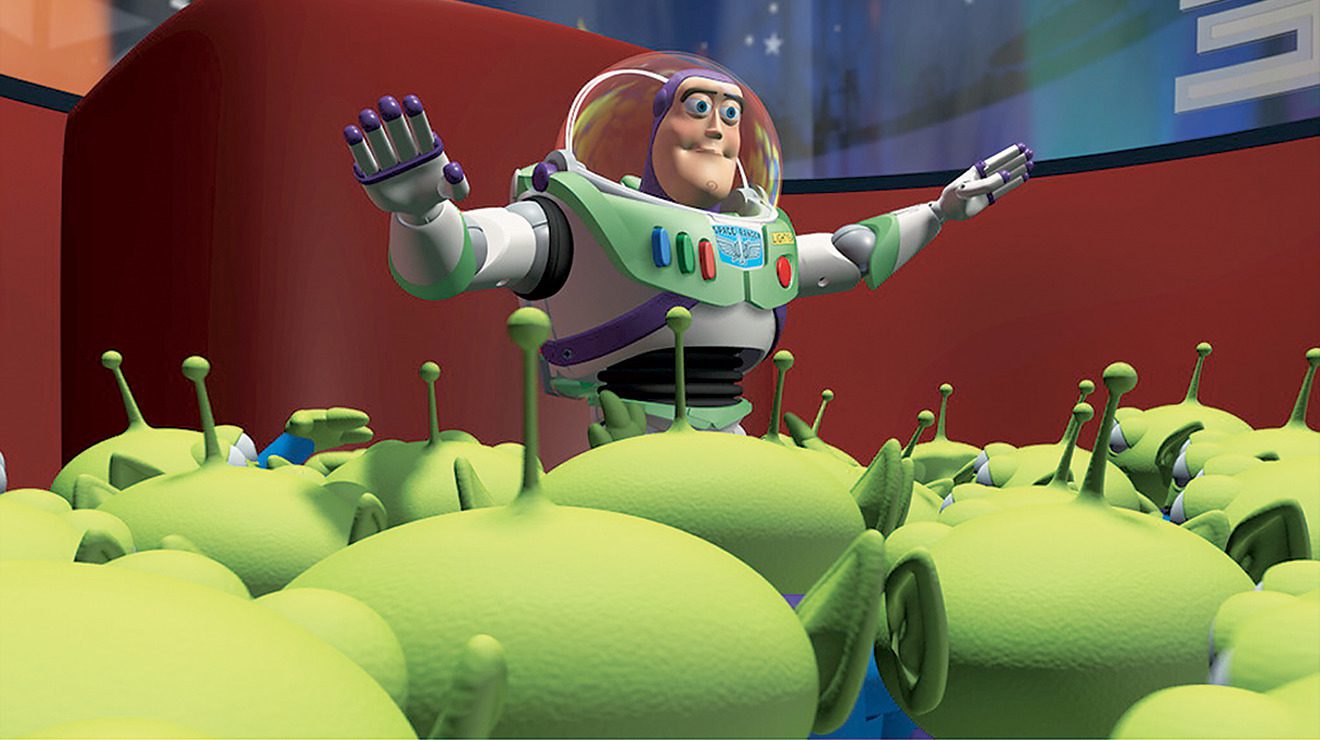 Toy Story premiered at the El Capitan Theatre in Los Angeles, California, on November 19, 1995, and was released in theaters in North America on November 22, 1995. It was the highest-grossing film during its opening weekend, eventually grossing over $373 million worldwide. The film received critical acclaim, and holds a rare 100% approval rating on Rotten Tomatoes. It was praised for the technical innovation of the 3D animation, wit and thematic sophistication of the screenplay, musical score, and vocal performances (particularly Hanks and Allen); it is considered by many to be one of the best animated films ever made.