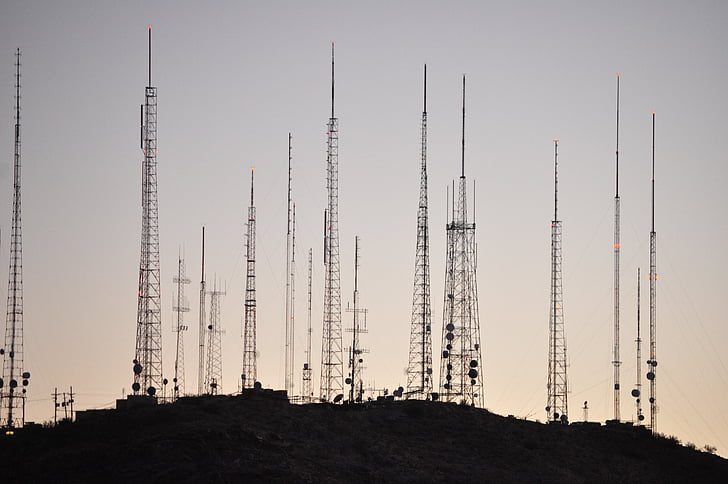 The antenna transmits at 285 kW Effective Radiated Power for KRDK-TV (formerly KXJB-TV) of Valley City/Fargo; the station and tower are owned by Major Market Broadcasting. 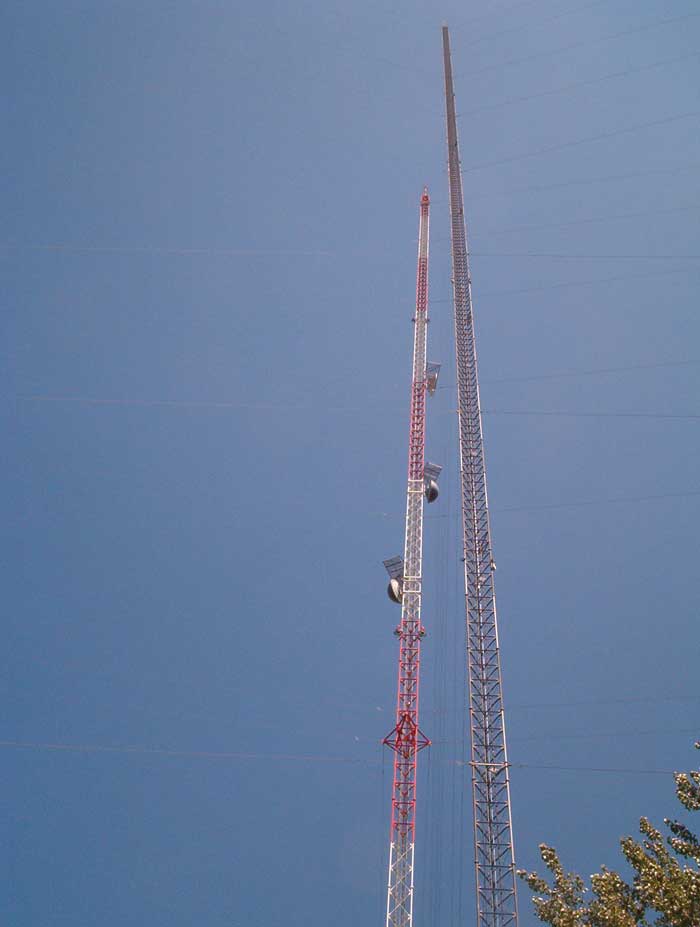 The mast has fallen and been rebuilt twice. The first collapse occurred at 9:08 A.M. February 14, 1968, when the rotor of a Marine helicopter severed some guy-wires; all four passengers aboard the helicopter were killed in the mishap. The television station was off the air for eight days, finally resuming broadcasts from their previous (KOVC) tower. A replacement mast of the same height as the one destroyed was completed in four and a half months.

The second mast fell during an ice storm which hit the area on April 6, 1997, subjecting it to wind gusts of 70 mph and causing at least four inches (100 mm) of ice to accumulate on the structure, resulting in the structure’s failure at 6:09 pm. Cable programming was resumed by 8:34 and broadcasts by 3 P.M. the following afternoon through coordination with other affiliates; a 735-foot (224 m) temporary tower was completed and resumed broadcasts by July 10. This tower, known as KXJB-TV Mast 2, still stands next to the full-height mast.

Work began on replacement of the full-height mast with a more durably-built structure on April 1, 1998, and had reached the tower’s previous height by July 30. That day members of the construction crew affixed a four-foot (1.2 m) flagpole to the top of the tower, making the structure’s height effectively 2064 ft (629 m), or one foot higher than the KVLY mast (the flagpole was later removed). Broadcasting for Channel 4 was switched to the new mast on August 15.

According to en.wikipedia; atlasobscura.com. Source of photo: internet