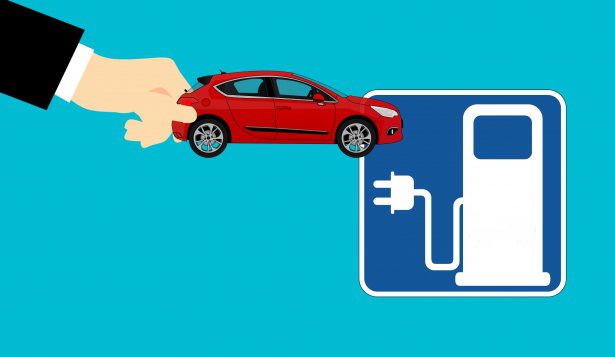 Startup Israel is building a road about 1.6 km long equipped with a wireless charging system for electric vehicles in Detroit, Michigan.

Electreon, a startup based in Tel Aviv, Israel, is building the first road in the US that allows charging electric cars to pass through. Business Insider on 4/2 reported. Electreon is partnering with Ford and DTE to bring its wireless charging technology to Detroit, Michigan, next year. The company previously installed its system on roads in Sweden, Israel and Italy.

The charging path is about one mile long and is located near Detroit’s Michigan Central Station, an abandoned train station that Ford is converting into a “transportation innovation zone.” The state of Michigan intends to provide $1.9 million in funding for the project. According to Electreon, the road is expected to be fully functional by 2023.

The new road charges electric vehicles while they are stationary or running thanks to inductive charging, which uses magnetic field frequencies to transmit power from metal coils buried under the road to a special receiver mounted underneath the vehicle. . Gasoline and electric vehicles without a receiver can still run on the new road normally. The installation of the receiver is estimated to cost about $3,000 – $4,000 per vehicle. Still, Electreon hopes to reduce the cost to $1,000 to $1,500.

Wireless charging technology could help reduce range concerns for electric vehicles and facilitate widespread adoption. Charging infrastructure is a major obstacle to the popularization of electric vehicles. According to a survey by a team of experts at the University of California with Californians who bought electric cars between 2012 and 2018, about one-fifth of them returned to using gasoline cars because recharging caused too much trouble. Data from US company JD Power in 2021 shows that battery concerns are the main factor affecting the commercial viability of electric vehicles.

“We aim to lead the future of transportation and electrification by accelerating the production of electric vehicles and reducing costs for consumers. So integrated wireless charging systems on the road are slim. next piece of the sustainability picture,” said Gretchen Whitmer, Governor of Michigan.

According to blogtuan.info. Source of photo: internet