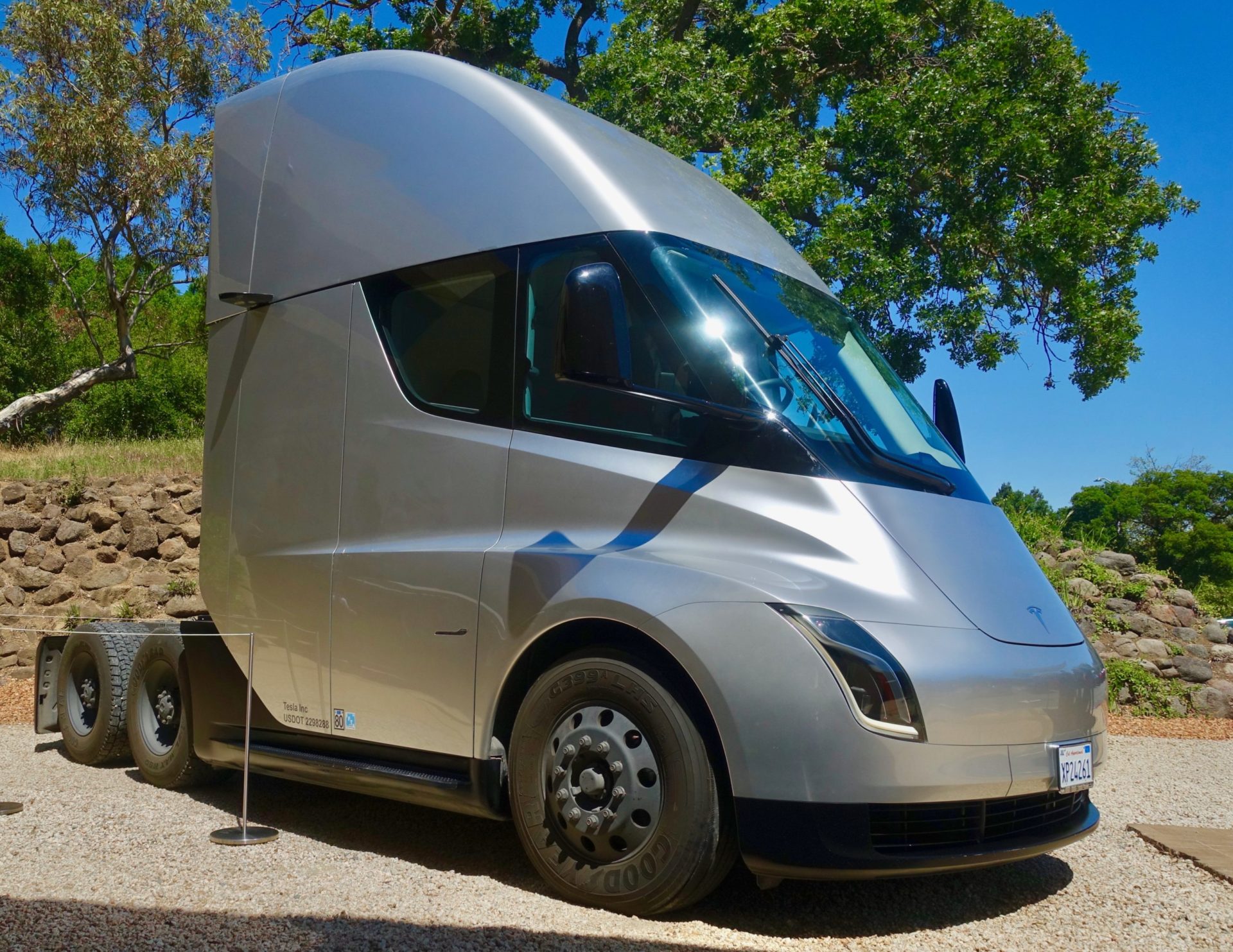 The Tesla Semi was first shown as a prototype in 2017. At the time, Tesla CEO Elon Musk said production would begin in 2019. But Musk didn’t say during Thursday night’s presentation at Tesla’s factory in Sparks, Nevada, how many trucks were actually being delivered to PepsiCo, or how many were being produced, or at what rate.

The fully electric semi truck features an unusual design in which the driver sits in the center of the cab rather than on one side. Tesla has boasted of the truck’s performance — saying it accelerates much more quickly, even with a full load, than traditional diesel-powered semi-trucks. A video during the presentation showed, according to Tesla, a fully loaded Tesla Semi accelerating up a steep grade and passing other trucks.

Since it has no multi-geared transmission, as diesel trucks do, it’s also much easier to drive than other semi trucks, Musk said. The truck can drive 500 miles on a single charge, according to Tesla. It has three electric motors, one of which drives the truck most of the time while the other two are used mostly for acceleration and hard pulling. The truck can pull up to 82,000 pounds, Tesla claims. 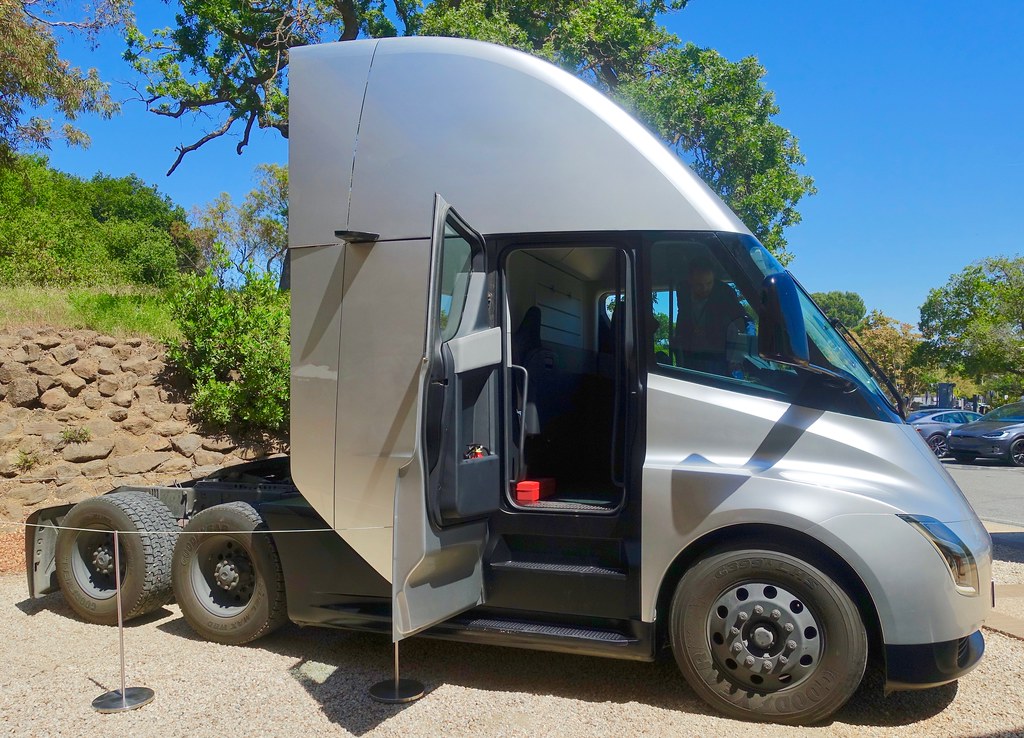 Musk and Dan Priestley, Tesla’s senior manager tor truck engineering, also boasted of new “megawatt” ultra-fast chargers that will be used to quickly refill the truck’s batteries, but they did not say how long it would take to recharge the truck. These chargers will be made available for the use of Cybertruck drivers when Tesla’s pickup truck goes on sale, Musk said.

Regenerative braking — the way electric vehicles use their motors to slow down and recharge their batteries using the vehicle’s own motion — will also be a safety benefit, Priestley said, because drivers won’t have to downshift going down long hills and may not need to use the truck’s actual brakes at all.

Tesla’s Autopilot system, touted in the original presentation five years ago as a benefit for long haul truck drivers, wasn’t mentioned during the presentation, however.

Replacing gasoline and diesel-powered trucks with those that are electric could greatly improve human health and even save tens of thousands of lives, according to a recent report by the American Lung Association. Musk also talked about those benefits during the presentation plus the benefit of noise reduction for people living near highways.

But making things a bit awkward between Tesla and PepsiCo, Musk recently tweeted about his appreciation for Coca-Cola products. Coke is Pepsi’s most prominent competitor. Musk, who now runs Twitter as well as Tesla, published a photo of his bedside table showing, among other things, four open cans of Diet Coke. On Monday, he tweeted in response to someone else’s post about Diet Coke products, writing “Don’t love the name, but the drink itself is amazing & brings me joy.”

When asked in the days before the presentation for its reaction to Musk’s public displays of affection for Diet Coke, PepsiCo did not answer.

According to edition.cnn.com. Source of photos: internet

Beyoncé Breaks Record for Most Grammy Wins of All Time