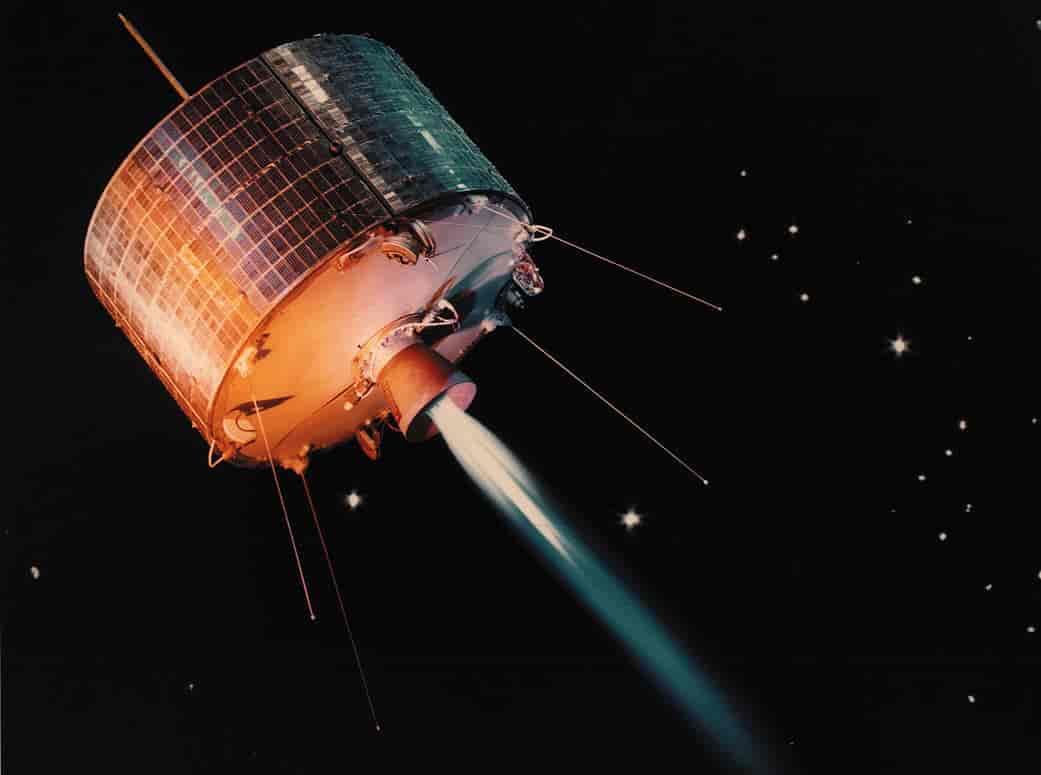 Syncom 3 was launched from Cape Kennedy on 19 August 1964 and injected into an elliptical orbit inclined 16 degrees to the equator following a third stage yaw maneuver. The apogee motor was fired to remove most of the remaining inclination and to provide a circular near-synchronous orbit of 35,670 km x 35,908 km. The spacecraft next carried out a series of attitude and velocity maneuvers to align itself with the equator at an inclination of 0.1 degrees and to slow its speed so it drifted west to the planned location at 180 degrees longitude where its speed at altitude was synchronized with the Earth.

These maneuvers were completed by 23 September, and Syncom 3 was used in a variety of communications tests, including the transmission of the Olympics, transmissions between the Philippines, USNS Kingsport, and Camp Roberts, California, and teletype transmissions to an aircraft on the San Francisco-Honolulu route. Satellite operations were turned over to the Department of Defense on 1 January 1965 and it was operated by the DoD through 1966. It was turned off in April 1969.

According to en.wikipedia; nssdc.gsfc.nasa.gov. Source of photos: internet