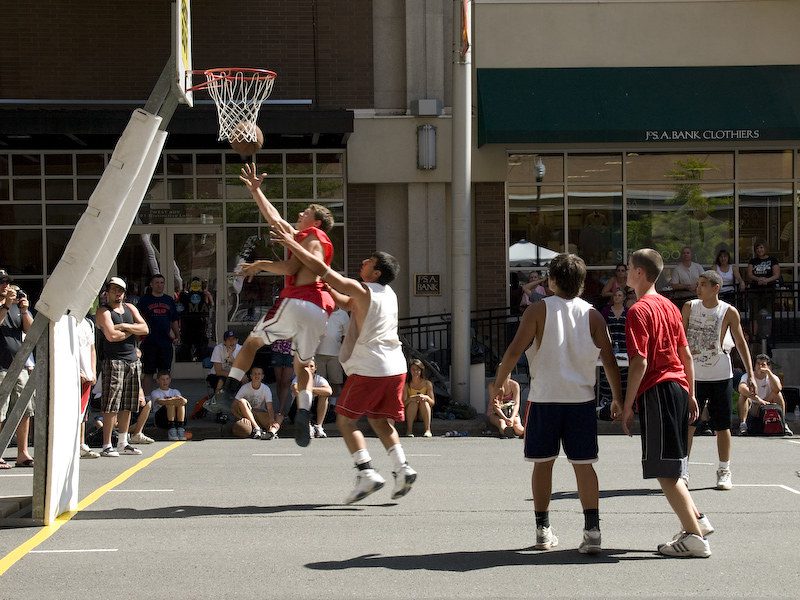 Hoopfest is held annually on the final weekend of June, beginning at 8:00 AM Saturday and coming to a close around 5:00 PM on Sunday with the Men’s Elite championship being broadcast regionally on KHQ Channel 6 and SWX Channel 6-2. In 2010, there were 428 courts spread throughout downtown Spokane, resulting in over 40 city blocks being inaccessible to vehicles. This is overly compensated for by the estimated $30 million that Hoopfest brings to Spokane, according to a survey conducted in 2006. 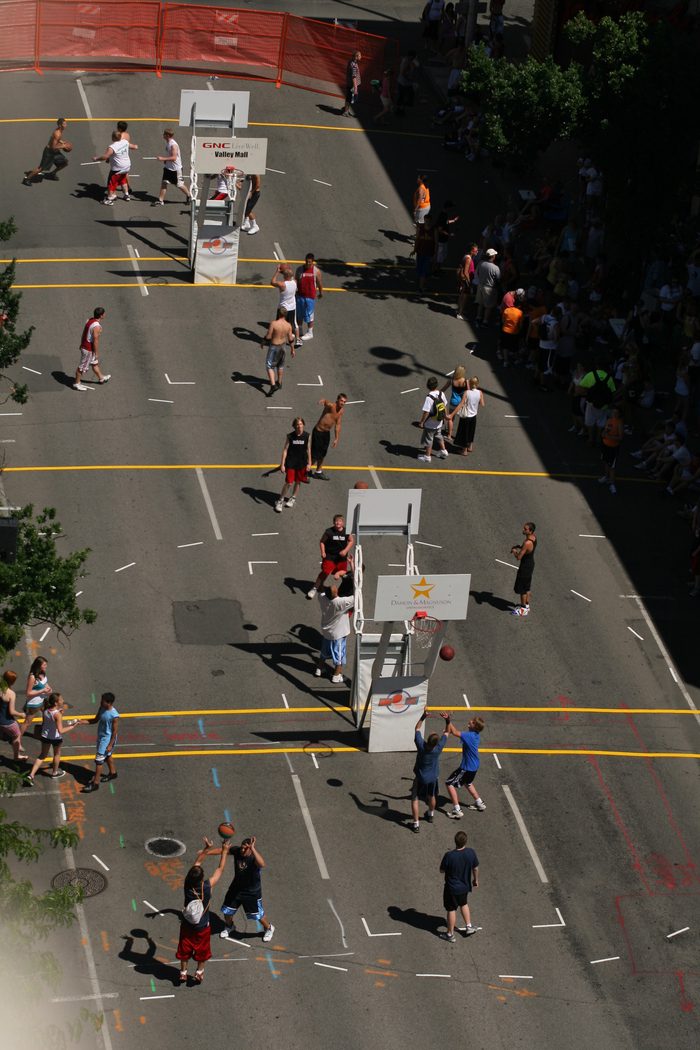 Hoopfest features a basic 16-team, double-elimination bracket, which is played entirely on one court location (except in elite divisions, which start on street courts and eventually move to Nike Center Court). This means that the number of brackets is almost exactly equal to the number of courts. Due to the possibility of the number of teams in a division not being divisible by 16, there are sometimes brackets featuring more or less than 16 teams, but the double elimination theme remains constant.

Teams are guaranteed 3 games, as teams that lose their first two games are put into a consolation bracket. The winner of the consolation bracket is the 13th place team in the bracket, and is awarded a “13th Place” t-shirt, which always has “Loser Kings” hidden subtly in the design (it used to be obvious, but complaining parents caused a change) in the form of a connect-the-dots puzzle. The two teams that make the championship round are awarded “Finalist” t-shirts. 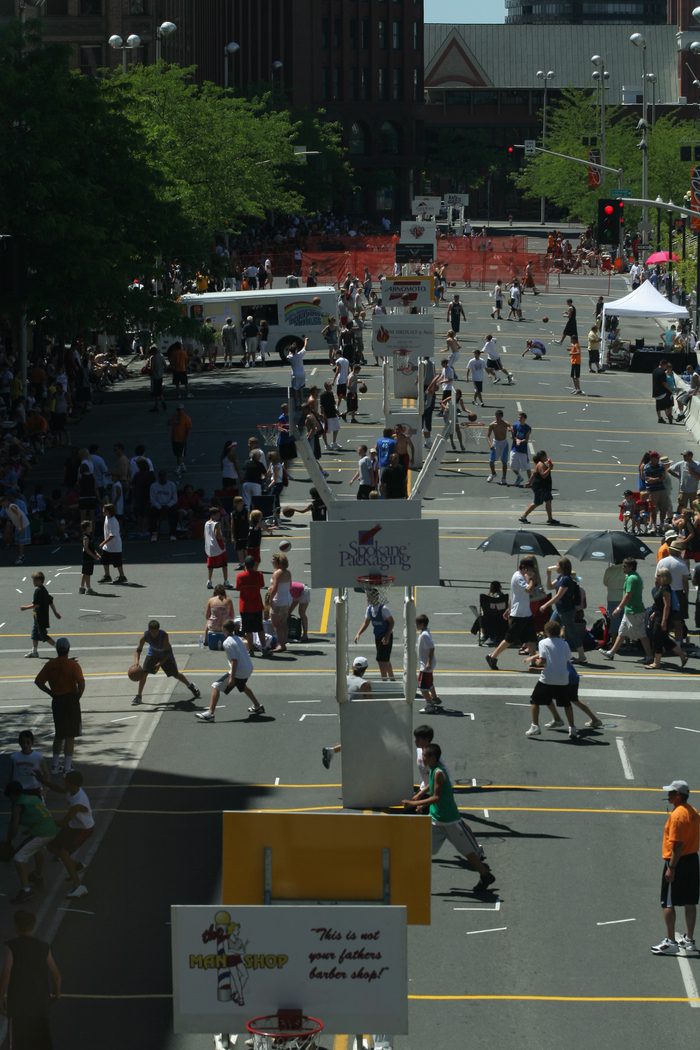 Hoopfest is not just a basketball event, as there is often live music being played in Riverfront Park, along with merchandisers and various food tents. A very wide range of players is allowed to play, as the only requirement is that players must be entering at least the third grade in the fall following Hoopfest. A few men in their seventies have participated in Hoopfest. Matching uniforms are very common among the male and female high school divisions, and some teams have taken it as far as to wear Halloween costumes.

According to en.Wikipedia and spokanehoopfest.net. Source of photos: internet