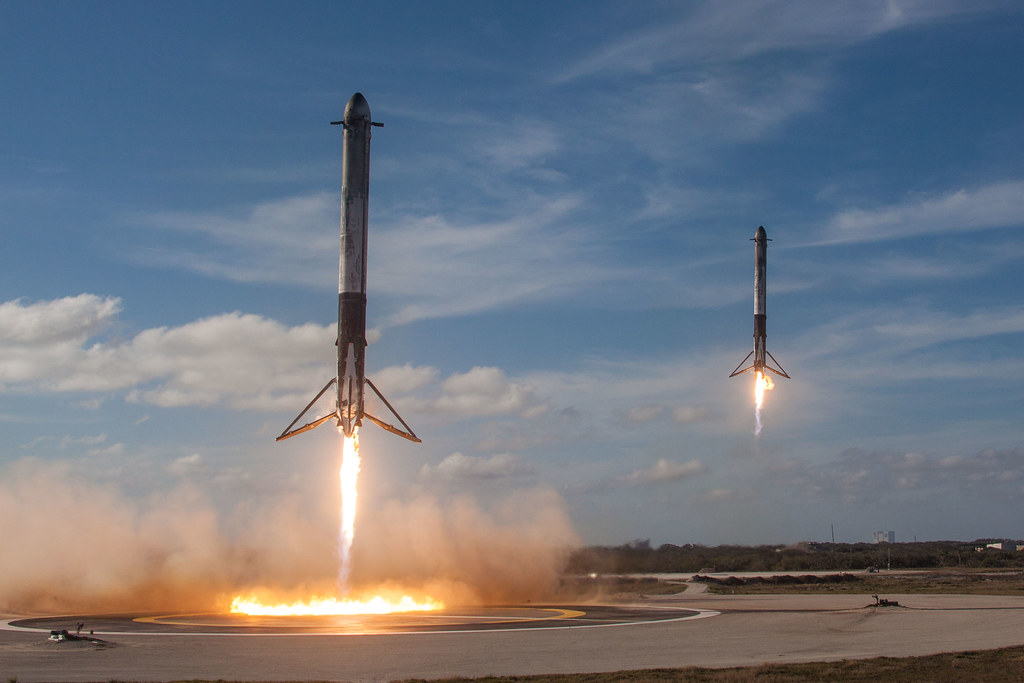 Facebook
Twitter
Pinterest
WhatsApp
The latest is scheduled for Friday evening with the launch of 53 of SpaceX’s Starlink internet satellites out of California’s Vandenberg Space Force Base. It will be the twelfth Starlink launch so far this year, and it could be followed over the weekend with another mission set to take off out of Florida.
It’s been a dizzying year of activity so far, further cementing SpaceX’s dominance over the commercial launch industry. Led by SpaceX, the industry is on pace to blow past the annual launch highs of the mid-20th century space race, when most launches were carried out by governments rather than the private sector.
2021 already set a new record with 145 total launches, compared to 129 carried out in 1984, the previous record-setting year, according to data from research firm Quilty Analytics.
If SpaceX keeps up its current pace, it could launch more than 52 rockets this year alone, far outpacing its record, set last year, of 31.
“Even 10 years ago, launches were rare,” Chris Quilty, the founder of Quilty Analytics, told CNN Business.
In 2001, the total number of launches across the globe was only 51, he noted.
“So, put that in context of SpaceX alone launching 52 times,” he said. “It’s pretty incredible.”
Most of SpaceX’s launches in 2022 have focused on Starlink, its consumer internet business that relies on troves of orbiting satellites, which the company has been growing since it began launching batches of the internet-beaming satellites in mid-2019. The constellation now has more than 2,200 satellites in orbit and, as of March, 250,000 subscribers using the service around the world, a company executive said at a recent conference.
While SpaceX stands out from its rocketry competitors, that doesn’t mean the company is or will be uncontested.
Two new rockets capable of competing with SpaceX’s Falcons — the workhorse rockets that the company uses to haul satellites and, more recently, astronauts to orbit — are slated to debut in the next year or so.They are New Glenn, which is under development by the Jeff Bezos-backed company Blue Origin, and Vulcan Centaur, a line of rockets from legacy launch company United Launch Alliance, a joint venture from Boeing and Lockheed Martin.
The sheer number of satellites that all those vehicles can launch, including the thousands of satellites expected to add to SpaceX’s Starlink constellation and competing satellite internet businesses, have spurred a pressing discussion about congestion in outer space. If satellites collide, they can create dangerous plumes of debris.
That’s happened in the past, and close calls are a frequent occurrence.
Academics have long been attempting to raise awareness, and caution, around the issue.
Others are more optimistic that SpaceX and others are taking those risks seriously enough to avoid catastrophe.
“The companies that might create space junk would be immediately and directly affected by that space junk,” CEO of space research group BryceTech Carissa Christensen said, noting that the collision debris would threaten their own satellites — their own investments.
With all those rockets active — and a few more smaller launch vehicles also scheduled to begin launching from Florida’s Space Coast, which is SpaceX’s primary launch site — SpaceX could also run into bottlenecks at the launch pad. Every launch requires a team of ground support, including military weather personnel, to ensure a safe liftoff. And there’s only so many launches they can handle at any given time.
“There’s not an endless number of days or launch pads or launch sites where you can get things into orbit,” Quilty noted.
Christensen added, however, that the ground support at the Space Coast has proven to be flexible, as evidenced by SpaceX’s ability to return a group of astronauts from the International Space Station off the coast of Florida last Friday and then launch a Starlink mission from a launch pad a few miles away mere hours later.
Captain Jonathan Eno, an assistant director of operations with the US Space Force, which is charged with monitoring the weather and other possible interferences ahead of a launch, said that ground support crews in Florida have worked for years to prepare for the dramatic increase in the number of launches from the spaceport.
The year he was assigned his role, 2019, the Space Coast — which includes NASA’s Kennedy Space Center and Cape Canaveral — only supported 18 launches. This year, it’s on track to support more than 60, notably including the first launch of NASA’s new moon rocket, called the Space Launch System. His team is now prepared to support multiple launches within the same day, even within minutes of each other.
“SpaceX makes the news a lot. They are the ones launching the preponderance of launch vehicles right now,” he told CNN Business. “Obviously, we are gearing up for just a different reality.”
According to edition.cnn.com. Source of photo: internet