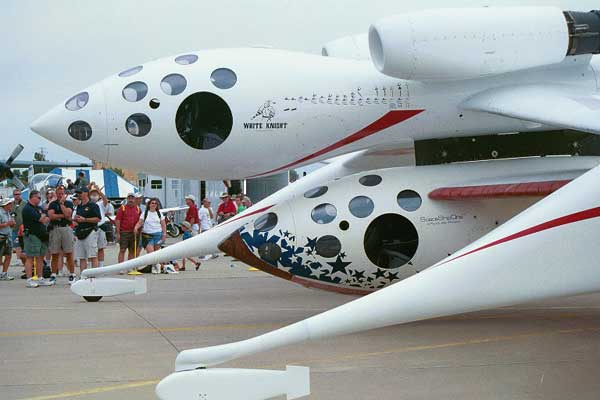 SpaceShipOne is an experimental air-launched rocket-powered aircraft with sub-orbital spaceflight capability at speeds of up to 3,000 ft/s (900 m/s), using a hybrid rocket motor. The design features a unique “feathering” atmospheric reentry system where the rear half of the wing and the twin tail booms folds 70 degrees upward along a hinge running the length of the wing; these increases drag while retaining stability. SpaceShipOne completed the first crewed private spaceflight in 2004. 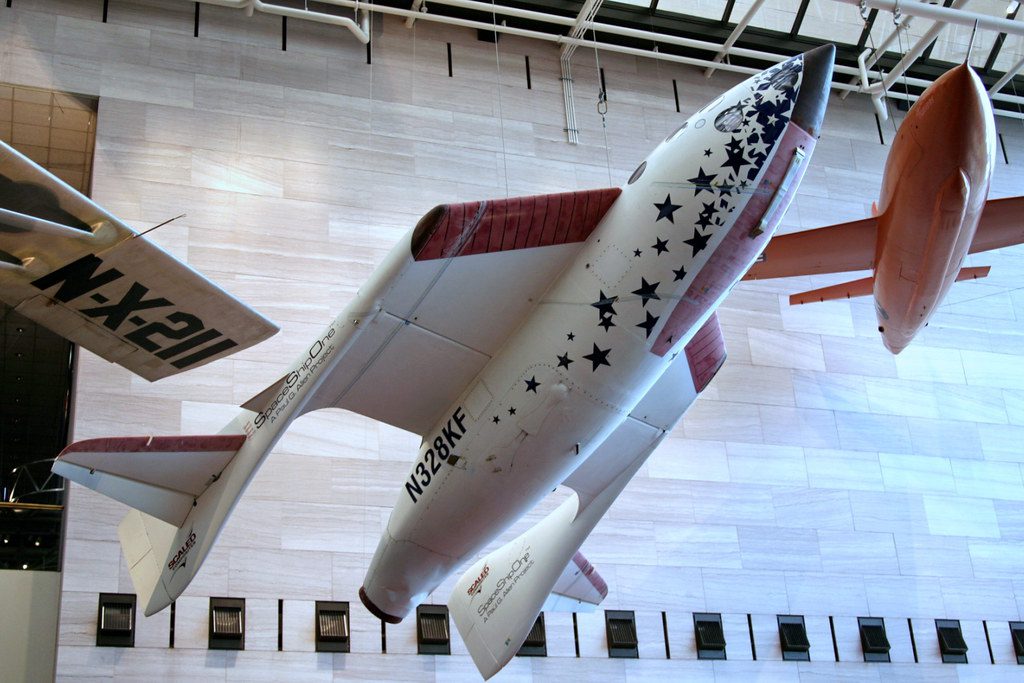 That same year, it won the US$10 million Ansari X Prize and was immediately retired from active service. Its mother ship was named “White Knight”. Both crafts were developed and flown by Mojave Aerospace Ventures, which was a joint venture between Paul Allen and Scaled Composites, Burt Rutan’s aviation company. Allen provided the funding of approximately US$25 million.

Rutan has indicated that ideas about the project began as early as 1994 and the full-time development cycle time to the 2004 accomplishments was about three years. The vehicle first achieved supersonic flight on December 17, 2003, which was also the one-hundredth anniversary of the Wright Brothers’ historic first powered flight.

SpaceShipOne’s first official spaceflight, known as flight 15P, was piloted by Mike Melvill. A few days before that flight, the Mojave Air and Space Port was the first commercial spaceport licensed in the United States. A few hours after that flight, Melvill became the first licensed U.S. commercial astronaut. The overall project name was “Tier One” which has evolved into Tier 1b with a goal of taking a successor ship’s first passengers into space.

According to britannica.com and en.Wikipedia