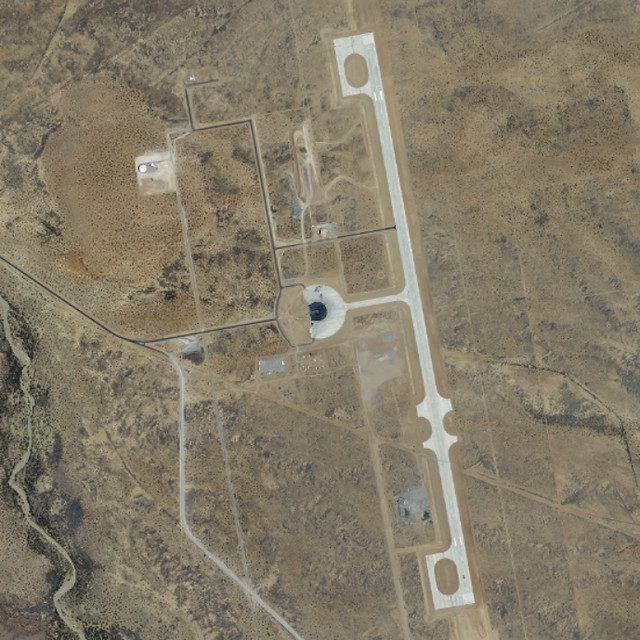 Spaceport America, formerly the Southwest Regional Spaceport, is an FAA-licensed spaceport located on 18,000 acres (7,300 ha) of State Trust Land in the Jornada del Muerto desert basin 45 miles (72 km) north of Las Cruces, New Mexico, and 20 miles (32 km) southeast of Truth or Consequences. With Virgin Galactic’s launch of the VSS Unity, with three people aboard, on May 22, 2021, New Mexico became the third US state to launch humans into space after California and Florida.

Spaceport America is “the world’s first purpose-built commercial spaceport”, designed and constructed specifically for commercial users, that had not previously been an airport or federal infrastructure of any kind. The site is built to accommodate both vertical and horizontal launch aerospace vehicles, as well as an array of non-aerospace events and commercial activities. The current tenants working in the U.S spaceport are HAPSMobile Aerovironment, UP Aerospace, SpinLaunch, and Virgin Galactic.

Spaceport America was officially declared open on October 18, 2011, the visitor center in Truth or Consequences became fully accessible to the general public on June 24, 2015, and after Virgin Galactic completed the interior buildout, the entire facility was deemed ready for operations in August 2019. Visitors can book private tours of the facility via the website or from the Visit Las Cruces organization or the visitors center in Truth or Consequences.