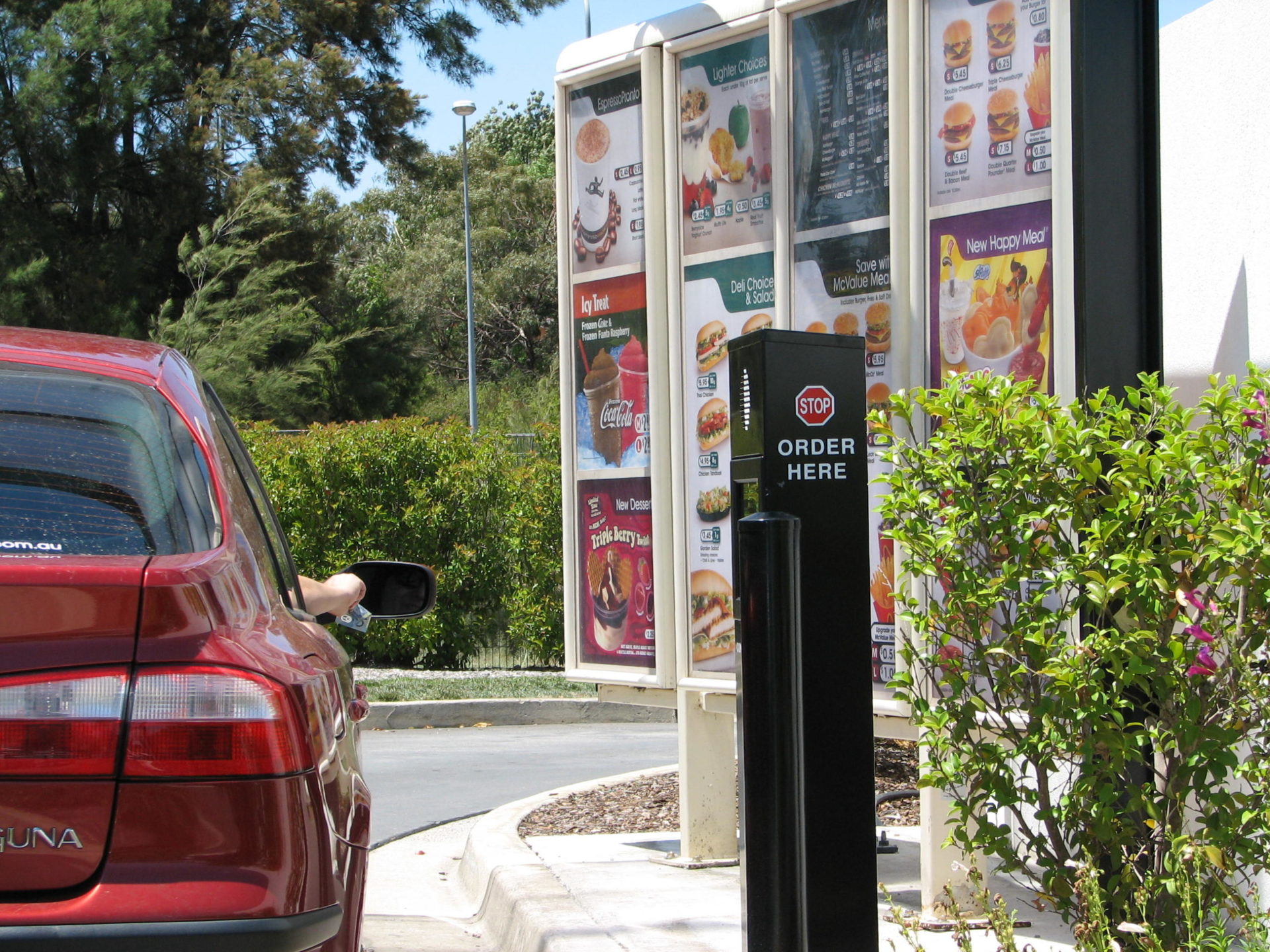 Sheldon “Red” Chaney (May 20, 1916 – June 2, 1997) arrived in Springfield after World War II with a bride and a business degree. He purchased a small Sinclair gas station with several wooden motor court cabins tucked among trees on the back of the property. Eventually, a café was added in 1947. Growing weary of pumping gas and operating the motor court, the couple decided a better money-maker would be a restaurant.

Since they owned a small herd of beef cattle (and would continue to raise their own beef until the close of the business), they decided to concentrate on hamburgers. The restaurant became a staple of Route 66 and the Springfield area until its closure in 1984. Red died in 1997 a few days after the restaurant was demolished, and Julia died in the early 2000s 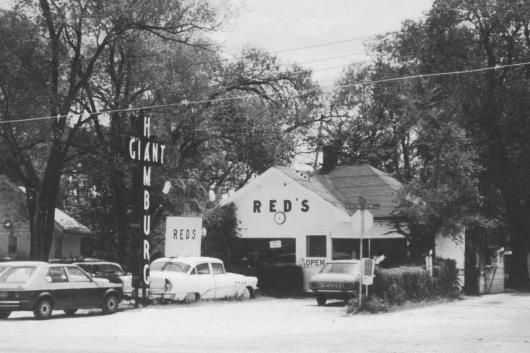 Unlike the drive-in restaurants that preceded it, Red’s Hamburg (so-named as the sign didn’t fit the extra ‘er’) had a drive-up window rather than a carhop service. The concept was a hit and Red’s continued slinging burgers for passing motorists right up until 1984 when it eventually closed its doors. But such is the restaurant’s legacy that a new Red’s venue opened just last year in a brand new location.

In early 2019, the Springfield Business Journal announced that Red’s Giant Hamburg would be making a comeback 35 years after the original restaurant’s closure. The new restaurant, located on Route 413, will be a recreation of the original Route 66 location. The project is being led by David Campbell, the owner of local BBQ chain Buckingham’s, and insurance agent Greg Lott. The restaurant opened in August 2019.