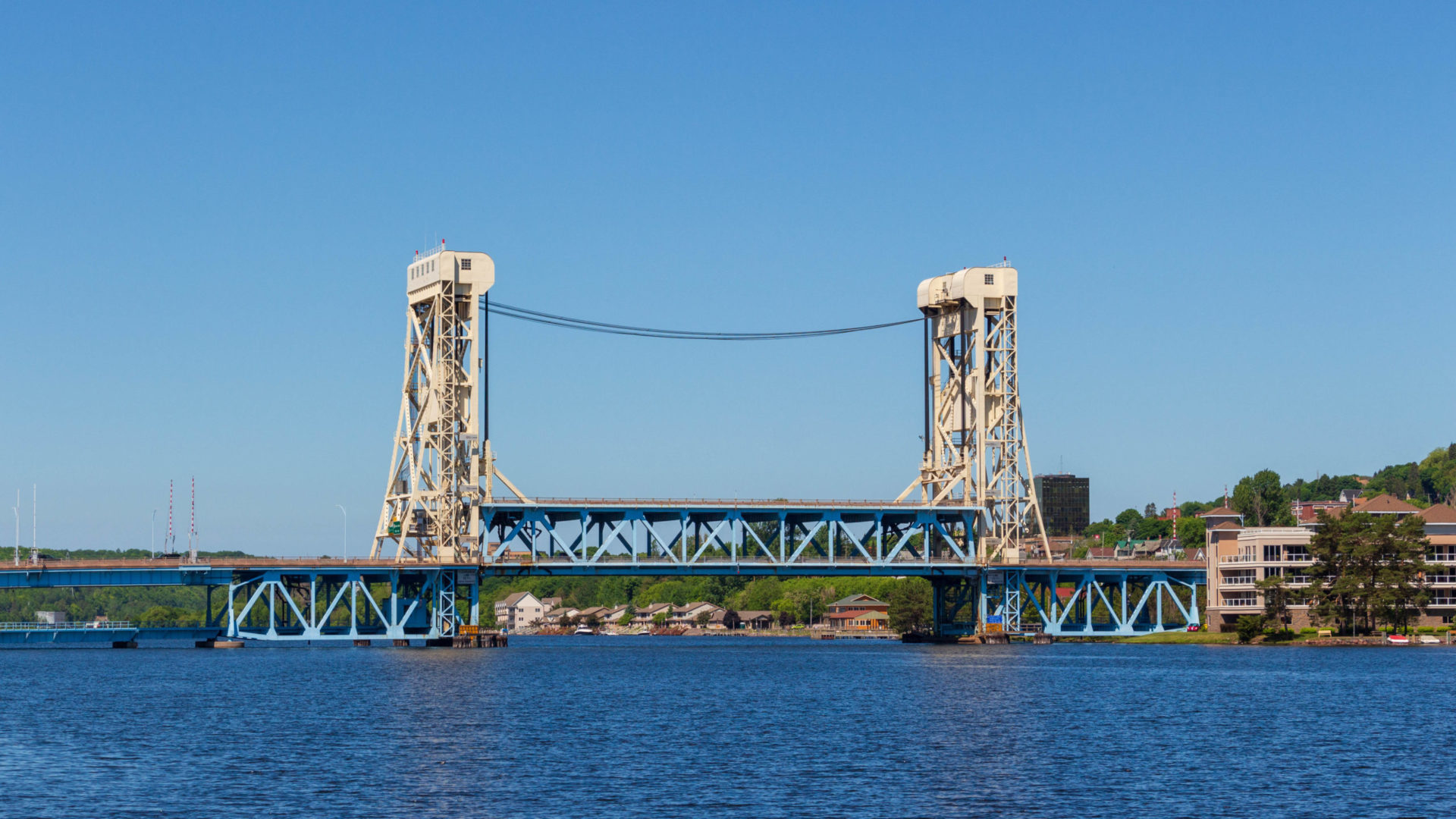 The Portage Lake Lift Bridge (officially the Houghton–Hancock Bridge) connects the cities of Hancock and Houghton, in the US state of Michigan. It crosses Portage Lake, a portion of the waterway which cuts across the Keweenaw Peninsula with a canal linking the final several miles to Lake Superior to the northwest.

This moveable bridge is a lift bridge with the middle section capable of being lifted from its low point of four feet clearance over the water to a clearance of 30 m to allow boats to pass underneath. The bridge is the world’s heaviest and widest double-decked vertical-lift bridge. More than 35,000 tons of concrete and 7,000 tons of steel went into the bridge, which replaced the narrow 54-year-old swing bridge, declared a menace to navigation on the busy Keweenaw Waterway. 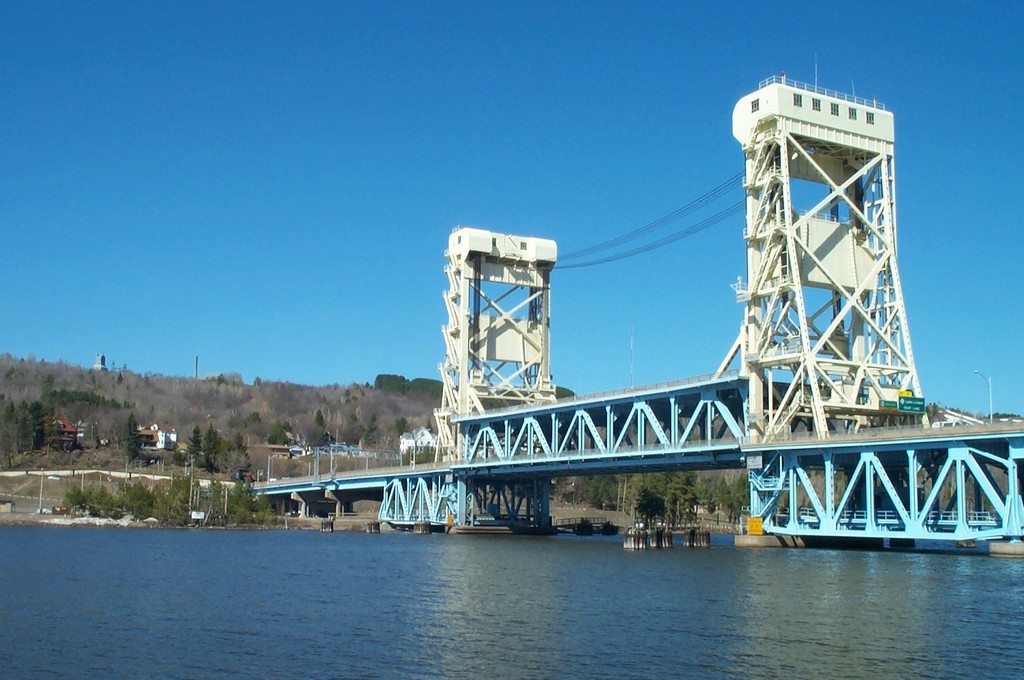 The original bridge on the same site was a wooden swing bridge built in 1875. The bridge was built by James P. Edward of Fox and Howard Inc. of Chicago. Construction began in the spring of 1875 and was finished in the spring of 1876. This was replaced by a steel swing bridge, the Portage Canal Swing Bridge, built by the King Bridge Company in 1895. In 1959, the Portage Canal Swing Bridge was replaced, at a cost of about $11-13 million (sources vary), by the current bridge.

According to en.wikipedia.com. Source of photo: internet