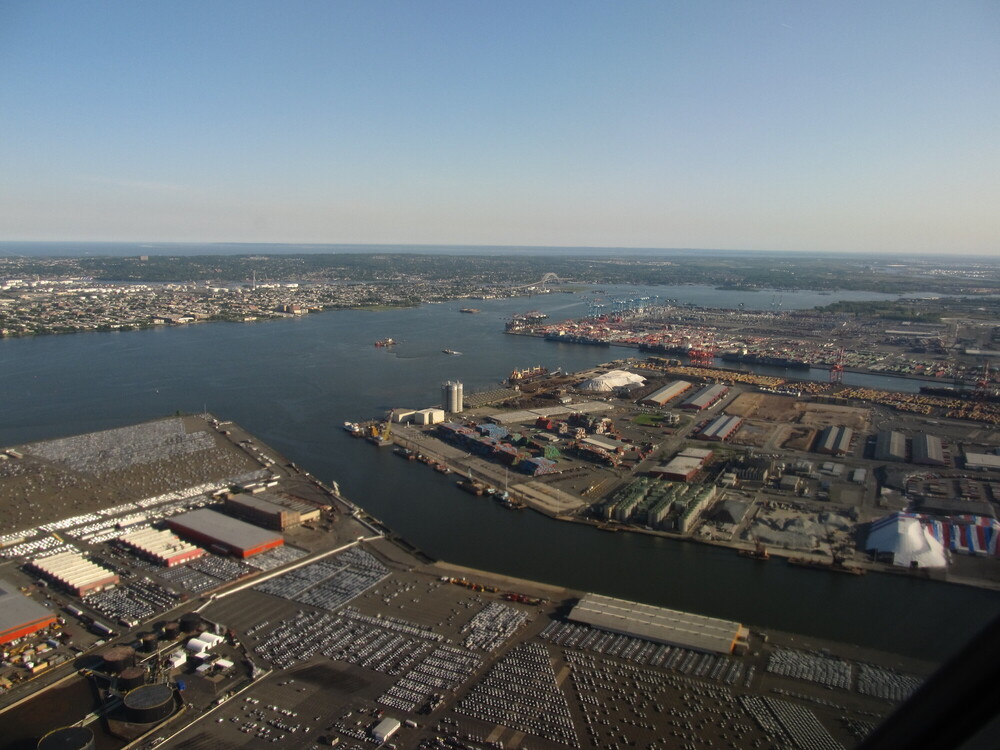 Port Newark–Elizabeth Marine Terminal, a major component of the Port of New York and New Jersey, is the principal container ship facility for goods entering and leaving New York metropolitan area and the northeastern quadrant of North America.

Located on Newark Bay, the facility is run by the Port Authority of New York and New Jersey. Its two components—Port Newark and the Elizabeth Marine Terminal (sometimes called “Port Newark” and “Port Elizabeth”)—sit side by side within the cities of Newark and Elizabeth, New Jersey, just east of the New Jersey Turnpike and Newark Liberty International Airport.

The busiest container port in the world in 1985, the Port was, as of 2004, the largest in the eastern United States and the 2nd-largest in the country.

Container goods typically arrive on container ships through The Narrows and the Kill Van Kull before entering Newark Bay, a shallow body of water that has been dredged to accommodate large ships (some ships enter Newark Bay via the Arthur Kill). The port facility consists of two main dredged slips and multiple loading cranes. Shipping containers are arrayed in large stacks visible from the New Jersey Turnpike before being loaded onto rail cars and trucks.

According to en.wikipedia.org; panynj.gov. Source of photo: internet