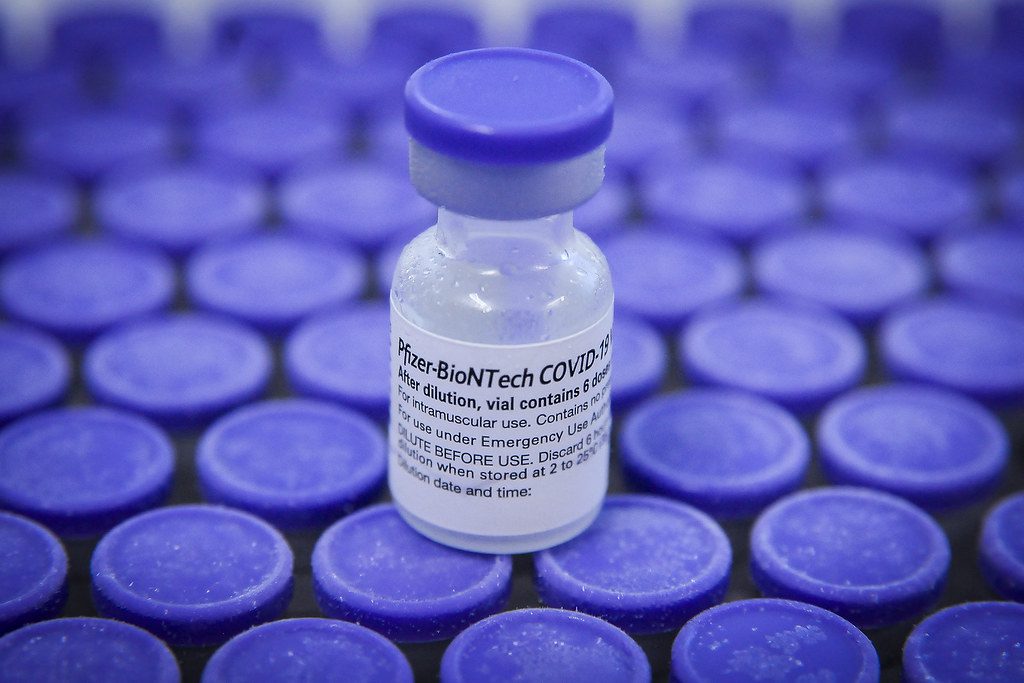 A spokesperson for medical company BioNTech, which developed a coronavirus vaccine together with Pfizer, said Friday that the firm would need two more weeks to determine its inoculation’s effectiveness against the new COVID-19 Omicron variant.

“We expect more data from the laboratory tests in two weeks at the latest. This data will provide more information about whether B.1.1.529 could be an escape variant that may require an adjustment of our vaccine if the variant spreads globally,” a BioNTech spokesperson told Reuters, using the previous name for the strain.

The German company’s spokeswoman said it has already begun testing samples of the new variant and noted that it “differs significantly from previously observed variants.”

The spokeswoman also said that Pfizer and BioNTech already have plans in place to be able to adapt their vaccine in just six weeks and to ship it out within 100 days, as new variants sprout up.

Moderna, which also produces a vaccine based on mRNA technology, said it would  “rapidly advance” an Omicron-specific booster candidate.

The World Health Organization classified the new Omicron strain as a highly transmissible virus of concern, the same category that includes the Delta variant, now the world’s most prevalent. The panel said early evidence suggests an increased risk of reinfection.

The announcement Friday from the United Nations health agency marks the first time in months that WHO has classified a COVID-19 variant as a variant of concern.

The discovery of the new variant sent a chill through much of the world Friday as nations raced to halt air travel, markets fell sharply and scientists held emergency meetings to weigh the exact risks, which were largely unknown.

Medical experts, including the WHO, warned against any overreaction before the variant that originated in southern Africa was better understood. But a jittery world feared the worst nearly two years after COVID-19 emerged and triggered a pandemic that has killed more than 5 million people around the globe.

According to timesofisrael.com. Source of photo: internet