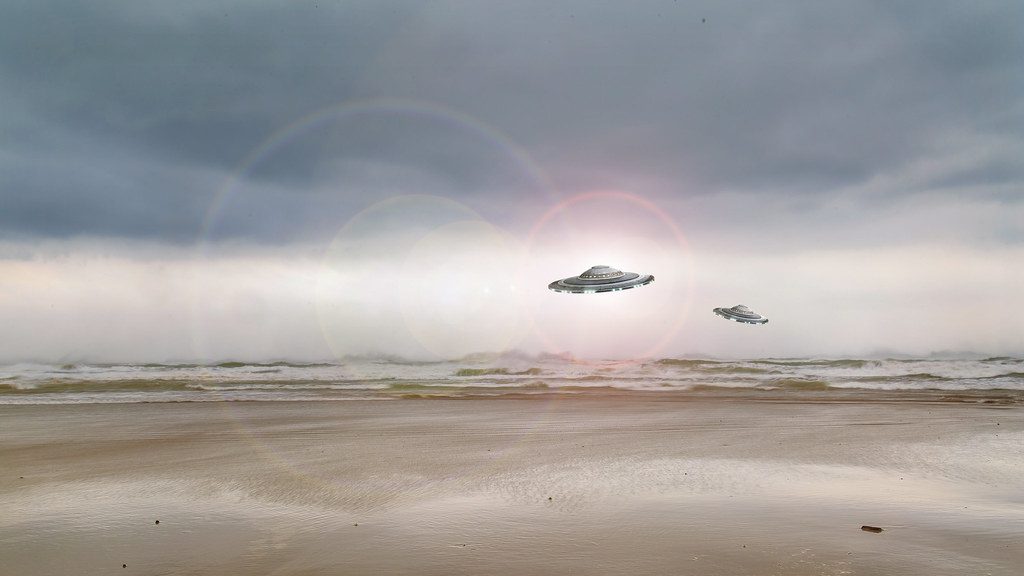 According to NBC, putting the new “Unidentified Aerial Phenomena” program in the purview of the Office of the Under Secretary of Defense for Intelligence & Security has some UFO logists upset, as they don’t exactly trust the military to reveal whatever truth is out there.

“This is a subject with a provable history of secrecy, and anything that lacks a new openness about the information is subject to more, possibly inappropriate control,” Ron James, a spokesperson for the nonprofit Mutual UFO Network, which investigates such sightings, told NBC News.

The creation of the new office was codified in the National Defense Authorization Act, passed in December, which simply calls for the “establishment of office, organizational structure, and authorities to address unidentified aerial phenomena.” The topic has received renewed interest in recent years after the publicization of videos taken by U.S. military pilots seeming to show objects moving at impossible speeds and executing complex aerial maneuvers.

Whether these sightings are really unexplained technology is up for (strenuous) debate. U.S. officials are mostly concerned about Earthbound threats, worrying that foreign governments might be making advances in flight technology right under the U.S. military’s nose.

“Our national security efforts rely on aerial supremacy, and these phenomena present a challenge to our dominance,” said Sen. Kirsten Gillibrand, D-N.Y., who spearheaded the bipartisan measure. “The United States needs a coordinated effort to take control and understand whether these aerial phenomena belong to a foreign government or something else altogether.”

On the other hand, there are also possible non-technological explanations for many of the sightings. For example, a report of a “bright green” UFO over Canada in July 2021 occurred during the Perseid meteor shower, which is occasionally known to produce bright-green streaks as meteorites burn up in the atmosphere. A glowing “doughnut” UFO photographed by a skywatcher in Switzerland could be an out-of-focus shot of a star. And the apparently physics-defying videos from U.S. Navy pilots seeming to show incredibly swift UFOs could be the result of an optical illusion called parallax, in which a video of a moving object taken by a moving camera accentuates the apparent movement of the object, making it seem to be going much faster than it actually is.

UFO debunker Mick West told NBC News that true UFO believers may have given Pentagon officials the publicity and political support they needed to do work that they probably wanted to do anyway — but not necessarily because military officials believe ET is trying to make contact.

“If you read the text of this legislation, it seems to reflect concerns of the extraterrestrial hypothesis believers,” West told NBC News. “Now the military is sort of forced to jump through some slightly silly hoops while doing serious work.”

In other words, don’t expect the office to employ Fox Mulder. According to the Pentagon, the new effort to investigate such claims will be called the Airborne Object Identification and Management Synchronization Group (AOIMSG).

“The AOIMSG will synchronize efforts across the Department and the broader U.S. government to detect, identify and attribute objects of interests [sic] in Special Use Airspace (SUA), and to assess and mitigate any associated threats to safety of flight and national security,” Department of Defense (DOD) officials wrote in the announcement of the program. “DOD takes reports of incursions — by any airborne object, identified or unidentified — very seriously, and investigates each one.”

According to livescience.com. Source of photo: internet