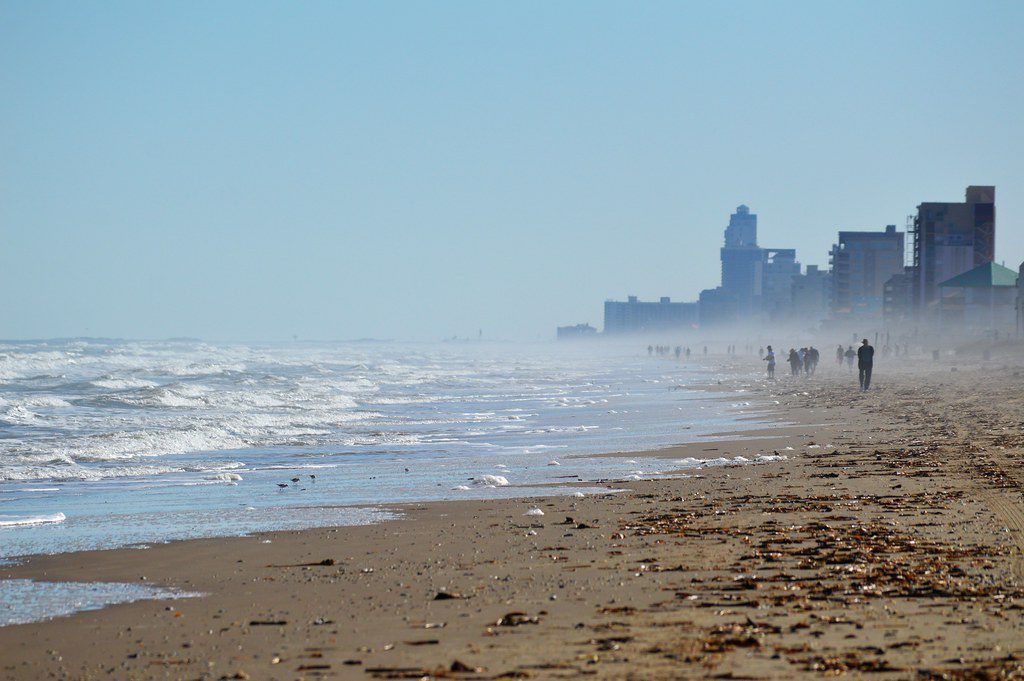 The island is oriented north-south, bordered by the Gulf of Mexico on the east and Laguna Madre on the west. The island’s northern end connects to Mustang Island by roadway. The southern end of the island is separated from Brazos Island by the Brazos Santiago Pass.

Geologically speaking, Padre Island is a young island, having formed in just the last several thousand years. It is one of 300 barrier islands stretching from Maine to Mexico. These natural barrier islands act to protect the mainland from the direct onslaught of storms.

Padre Island began forming as a submerged sand bar some 4500 years ago, as shown by the radiocarbon dating of shells. Geologic speculation indicates the emerged island maybe 1000 to 1500 years younger. Barrier island origins have been debated for many years by geologists, but it is agreed they are formed and modified by such factors as sediment type and supply, sea-level directional changes, current and wave strength and direction, and tide magnitude. 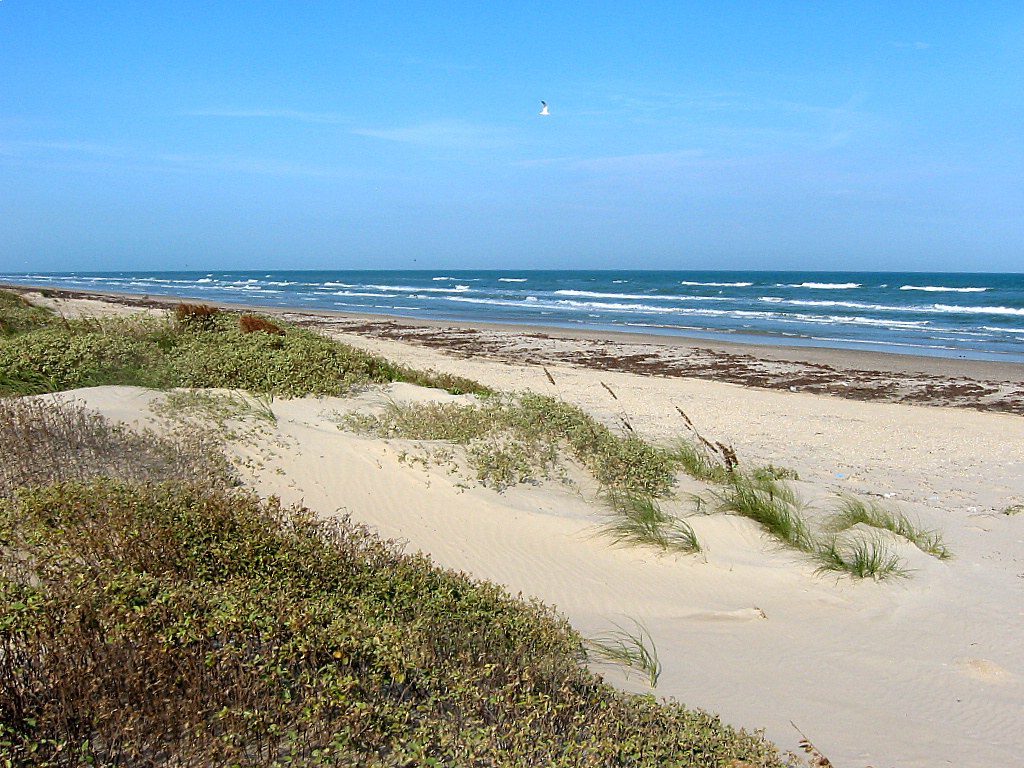 It is theorized that Padre Island formed from offshore shoals, with later growth aided by spit accretion. (A spit is a long, narrow tongue of sand extending from a mainland shoreline and formed by the shoreline drifting of sediments.) After a history of shifting, abandonment and reestablishment by storm breaches, many tidal inlets were slowly closed. Short islands were joined to form today’s longer islands.

Padre Island graphically illustrates the life and sequences of a barrier shoreline: accretionary or building phase, equilibrium or stability phase, and erosion or destruction state. The northern half of Padre Island’s shoreline is in equilibrium; the southern half (and much of the remaining Texas coastline) is in an erosional stage. Wind, wave and current action continue to rework and shape the island. South Padre Island has been in a destructive phase for a long time, probably having retreated landward (along with the lagoon and mainland shoreline).

All of Padre Island will probably retreat landward through long-term erosion due to three causes: interruption and decrease in sediment supply, relative sea level rise, and tropical storm activity. Today, hurricane washovers and wind-carried sand deposited in Laguna Madre build Padre Island’s landward side at the expense of Laguna Madre.