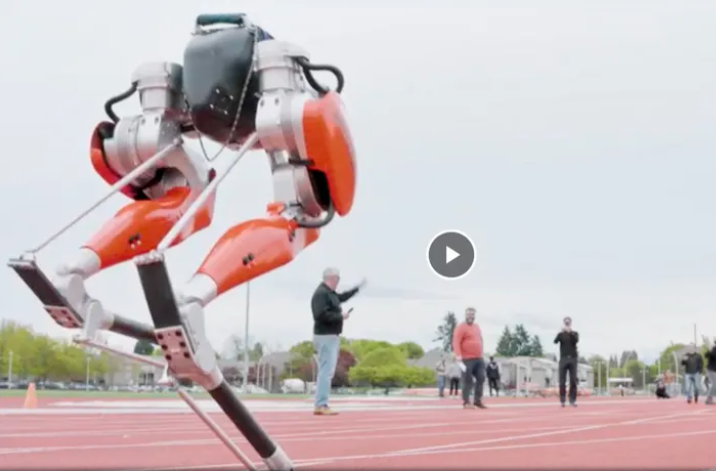 Olympic sprinters don’t need to look over their shoulders just yet, but researchers at Oregon State University have established a World Record for a robot running a 100-meter dash.

Cassie the robot completed 100 meters on the track in just under 25 seconds. For comparison, Usain Bolt holds the current world record in the race at 9.58 seconds.

OSU computer science professor Alan Fern described the robot this way, “Cassie is a robot that just has legs, and basically a little torso. No head, no arms no eyes even. So Cassie can get around by just feel, more or less.”

Cassie looks like a pair of disembodied ostrich legs.

Fern told KLCC that controlling the running gait was not the hard part. “I liken it to pilots learning to fly,” he said. “Taking off and landing is perhaps the most stressful part because that’s where things can go wrong.”

Fern’s group uses simulation to train Cassie to walk, skip, and go up and down stairs. The next challenge for the robot is training it to negotiate stepping stones.

In answer to people who worry about robots taking over for humans, Fern said increasing the efficiency of work has never kept people from finding and creating jobs.