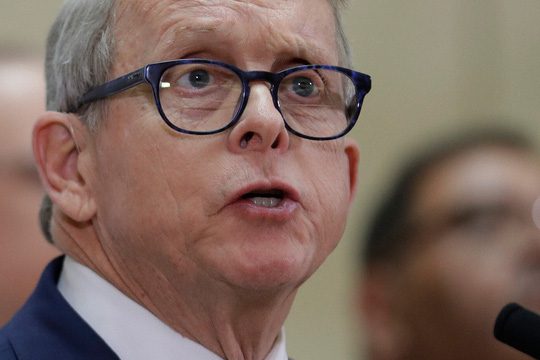 Facebook
Twitter
Pinterest
WhatsApp
Krispy Kreme promised a free doughnut, which may have been the first such incentive to make national news (because hey, free doughnut!), but local retailers have been creative in their own programs. Several dispensaries around the country and activists on the streets of New York offered free joints. Numerous major employers such as Kroger, Publix, Target and AutoZone are offering time off, transportation, and cash bonuses. Chef José Andrés offered DC residents $50 gift cards.
A brewery in Buffalo may have been the first to cleverly give new life to the old “shot and a beer,” when they offered a free drink to anyone who got vaccinated at a pop-up clinic on site. Others have followed, including a Cleveland brewery that charged only 10 cents for a brew on proof of vaccination. Combined with a Cleveland cinema’s promise of free popcorn, Ohioans could have a pretty good and cheap night on the town thanks to the miracle of vaccines. And if they’re really lucky, thanks to the latest escalation in incentive programs, they could win $1 million.
Mike DeWine, the Republican governor of Ohio, just announced that as of May 26, every adult in Ohio who has received at least one dose of a Covid-19 vaccine will be entered in a lottery for a $1 million prize. The state will repeat that process every Wednesday through June. For those under 18, the state is holding separate lotteries resulting in a full free ride to a public university in Ohio. All of this is paid for out of federal coronavirus relief funds. If it works at all, this scheme is likely to be a cheap way to score huge gains for public health and help avoid the catastrophic costs of an out-of-control pandemic.

But all of that shouldn’t mask the fact that the existence and potential success of this program is yet another sign of the way that malevolent actors have undermined Americans’ public confidence in vaccines, mainstreamed formerly fringe anti-vaccination sentiments and politicized our response to this terrifying pandemic.
Vice President Kamala Harris just hosted an online gathering with Kim Kardashian, Joe Jonas, and other influencers to promote youth vaccination. Former Presidents Clinton, Bush, and Obama teamed up to promote vaccination. All the hosts of Fox & Friends, a popular morning right-wing chat show on Fox News and Ivanka Trump have been promoting vaccination, as has Sarah Palin. Palin and I are both parents of teens with Down syndrome and the pandemic has been frightening to us given mortality rates from people with Down syndrome who contract Covid-19.
But it hasn’t been enough. Former President Donald Trump got his vaccine in private and only recently said his supporters should get vaccinated, but has not participated in any formal vaccine promotion efforts. Although Fox & Friends have been welcome advocates, right-wing media personalities Sean Hannity and especially Tucker Carlson have actively discouraged vaccination among their supporters.
It’s likely to work. A survey from February by the Society for Human Resource Management reported that about a quarter “of employees who are not planning to get vaccinated would change their minds if their employer offered incentives such as cash bonuses or stipends, paid time off (PTO) or gift cards.”
By April, the Kaiser Family Foundation found that “about four in ten employed adults in the ‘wait and see’ group say they would be more likely to get the vaccine if their employer arranged for on-site vaccination or offered them a $200 incentive to get vaccinated.” And none of these are as exciting as a chance at a million bucks.

But incentives shouldn’t be the end of our efforts. Maybe a little lost in the shuffle of news about teen vaccinations, Pfizer-BioNTech also just announced their plan to seek full formal authorization for their vaccines from the FDA. Currently, all Covid-19 vaccinations are authorized under emergency use, which is entirely appropriate and has proved to be quite safe. But once formal authorization is complete, it’s time for major public entities like schools and universities, entities that already collect health information about vaccines, to require vaccination of students and workers.

From doughnuts to marijuana, beer to cash, private and public entities have been appropriately creative when it comes to persuading people about vaccines. But all of those are carrots. We also need a stick.
According to edition.cnn.com. Source of photos: internet