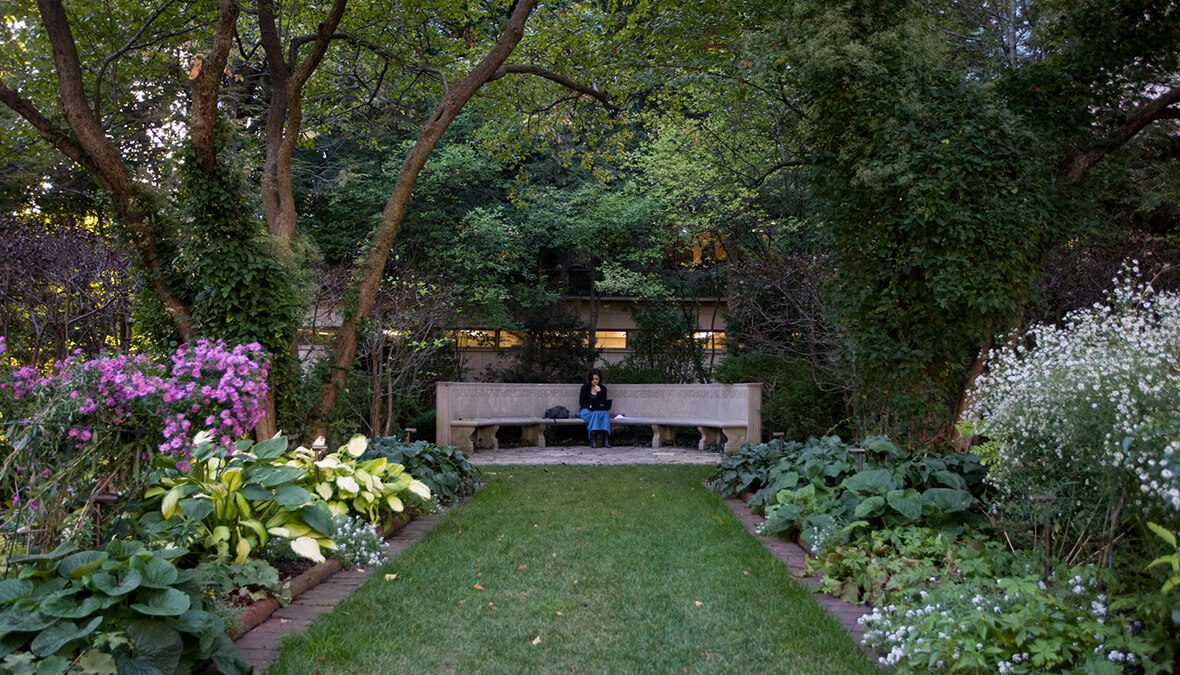 In 1915, the Drama League of America recommended the construction of Shakespeare gardens to commemorate the 300th anniversary of the playwright’s death. Noted Chicago landscape architect and Drama League member Jens Jensen designed such a garden, and fellow member Alice Houston suggested that the Garden Club of Evanston adopt the design. Northwestern University agreed to host the garden on its campus in late 1915, and construction and planting began the following spring. 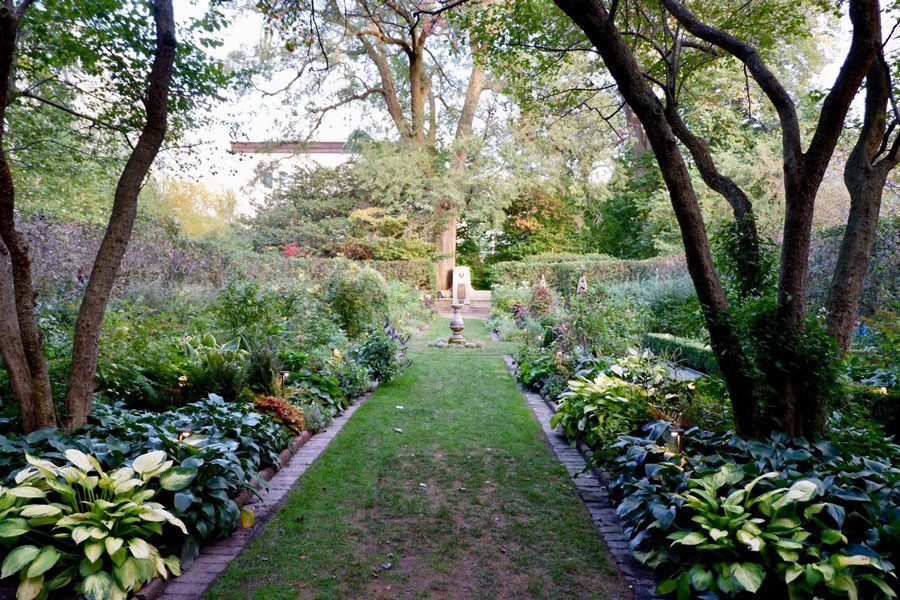 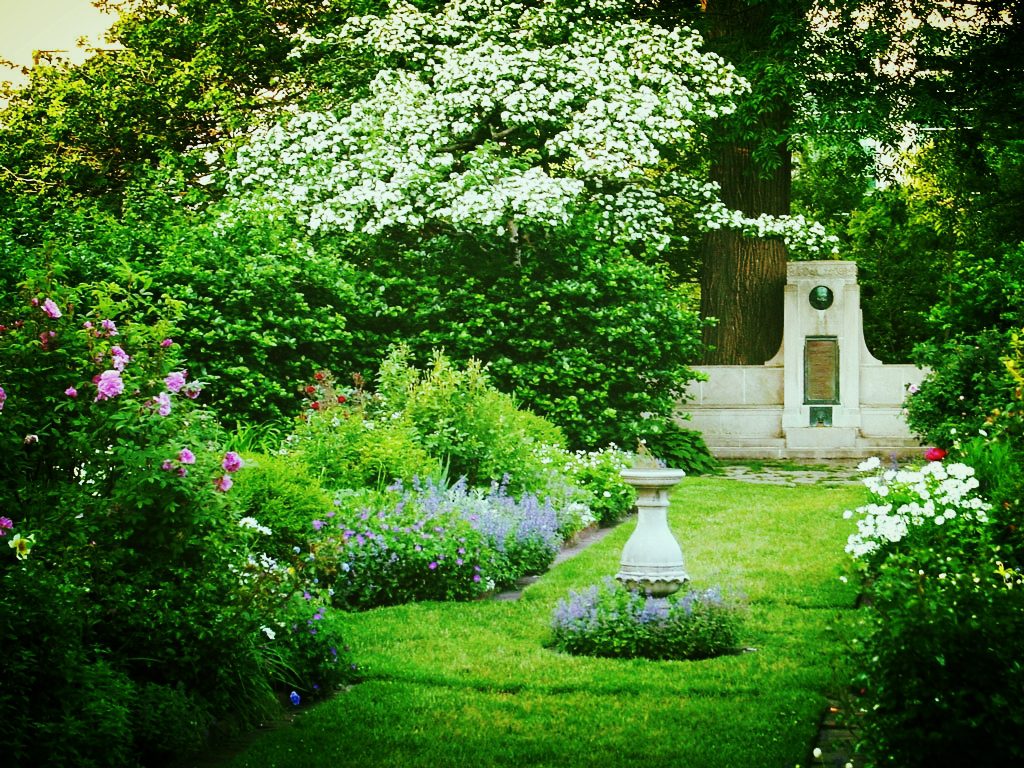 The garden was added to the National Register of Historic Places on November 16, 1988. A sundial and brick edging on the inner flower beds were added to the garden in 1990. The garden celebrated its centennial birthday in 2015.

The garden is 70 feet (21 m) wide by 120 feet (37 m) long and is divided into eight flower beds. The four outer beds are designed informally, while the four inner beds are knot gardens; the outer and inner beds are separated by boxwood plants. The borders of the garden are lined with hawthorn trees, many of which were imported from France when the garden was first planted. 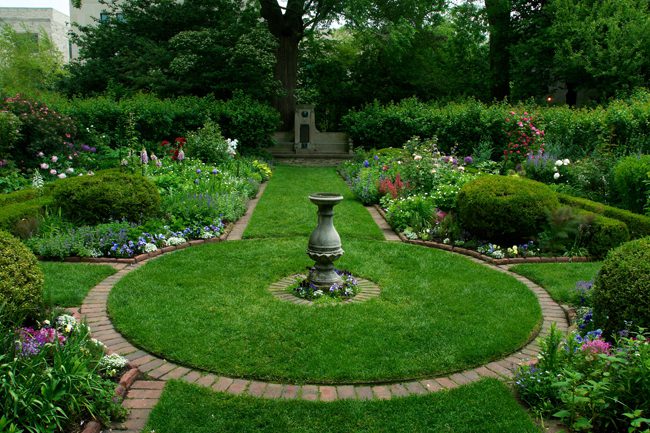 The more than fifty varieties of plants in the garden were either mentioned in Shakespeare’s works, common in the Tudor period in England, or are cultivars of plants in the other two categories. The garden also includes a fountain with a plaque honoring Shakespeare and a stone memorial designed by Hubert Burnham, the son of architect Daniel Burnham.