The Museum was founded by Robert J. Ulrich, former CEO and chairman of Target Corporation. A collector of African art and a world museum enthusiast, Ulrich and his friend Marc Felix originated the idea after a visit to the Musical Instrument Museum in Brussels, Belgium. The design of the museum benefited as well from the consultation of the Musée de la Musique in Paris modernised in 1997.

The contemporary building covers approximately 200,000 square-feet, with two floors of galleries. The museum was built at a cost of over US$250 million. The exhibit for each country features a flat-screen high-resolution video showing local musicians performing on native instruments. Visitors can listen to the performances through a wireless device with headphones that is activated automatically when an exhibit is being observed. 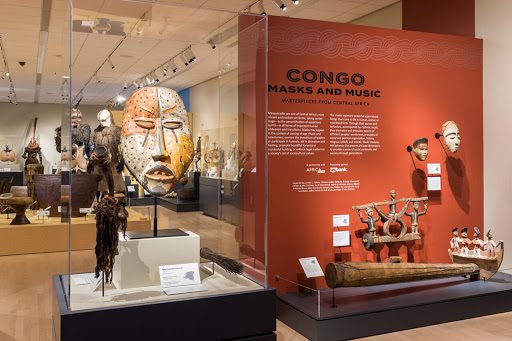 The facility contains a 299-seat theater for concerts, which are held primarily after regular hours. Joshua Bell recorded his album “French Impressions” in the theater in 2011. There is also a cafe with both indoor and outdoor seating. A large number of musical artists have appeared at MIM, including Martha Reeves, Lyle Lovett, Wanda Jackson, Jordin Sparks, Ronnie Spector, Altan, Ramsey Lewis, and George Benson.

The museum has permanent galleries organized by geography, containing items culled from collectors, instrument makers and musicians. There also are the hands-on Experience Gallery; the Mechanical Music Gallery, which features instruments that play themselves; and the Artist and Target galleries, which feature temporary and special exhibitions.

There are a few other instrument museums, but they mainly focus on Western instruments. The most notable one is the Musical Instrument Museum in Brussels. The University of South Dakota houses the National Music Museum; Carlsbad, Calif., has the Museum of Making Music that focuses on the music industry; and the EMP Museum in Seattle is geared toward pop culture.

According to en.wikipedia and azcentral.com. Source of photos: internet