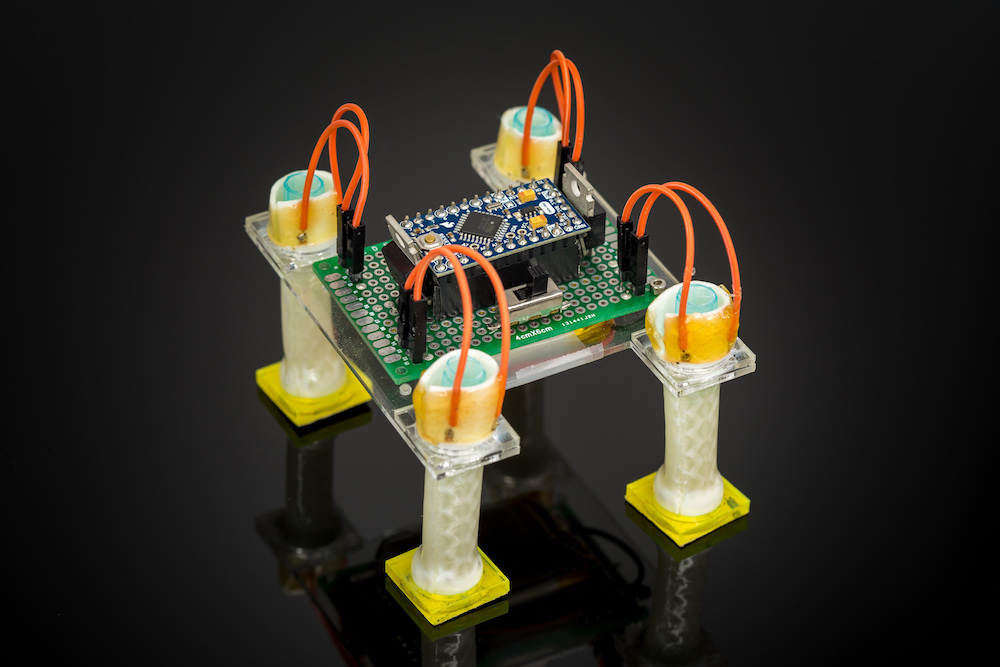 These lightweight microscale robots can be handy for multiple purposes. Scientists added tiny electroluminescent particles to these tiny artificial muscles for communication between the robots.

Timeline of the development

The same team of researchers had previously shown the new fabrication technique to build artificial muscles. The artificial muscles or actuators were made by alternating the elastomer and carbon nanotube electrode layers in a stack. Then, it was rolled into a cylinder, and upon applying voltage, the mechanical strain flapped the wing.

Kevin Chen, Jr., Assistant Professor in this development, stated “Traditionally, electroluminescent materials are very energetically costly, but in a sense, we get that electroluminescence for free because we just use the electric field at the frequency we need for flying. We don’t need new actuation, new wires, or anything. It only takes about 3 percent more energy to shine out the light.”

After successfully conducting the fabrication process, researchers tested the actuator’s mechanical properties along with a luminescence meter to observe light intensity.

Prior to this, the team conducted flight tests of these artificial muscles. Cameras were placed to detect the light color along with a computer program to track the altitude and position of robots.

Kevin Chen also stated that the team is further studying how electroluminescence could enhance the properties of these soft artificial tiny muscles.

Kevin Chen expressing his thoughts on the result, stated, “ We are very proud of how good the tracking result is, compared to the state-of-the-art”.

The team plans to embed control signals so robots can communicate during flight. This development has received appreciation from experts all around the globe.

Kaushik Jayaram, an assistant professor in the Department of Mechanical Engineering at the University of Colorado, stated, “This work is really interesting because it minimizes the overhead (weight and power) for a light generation without compromising flight performance”.

According to fossbytes.com. Source of photo: internet