Lovers of natural history will enjoy the fascinating exhibits of the May Natural History Museum in Colorado Springs. Known affectionately by the name “Bug Museum” to children and families in the area, it is home to thousands of species of butterflies, beetles, moths, scorpions, spiders, and a wild variety of other insects.

James Frederick William May was born in England where his father was a collector for the British Museum. May’s father brought his family to Brazil, where James May grew up. May was injured in the Second Boer War in 1899 and rescued by a group of Zulu people; while recuperating, May began collecting insects. May spent his life traveling the world, collecting insects, and trading with collectors until his death in 1956. 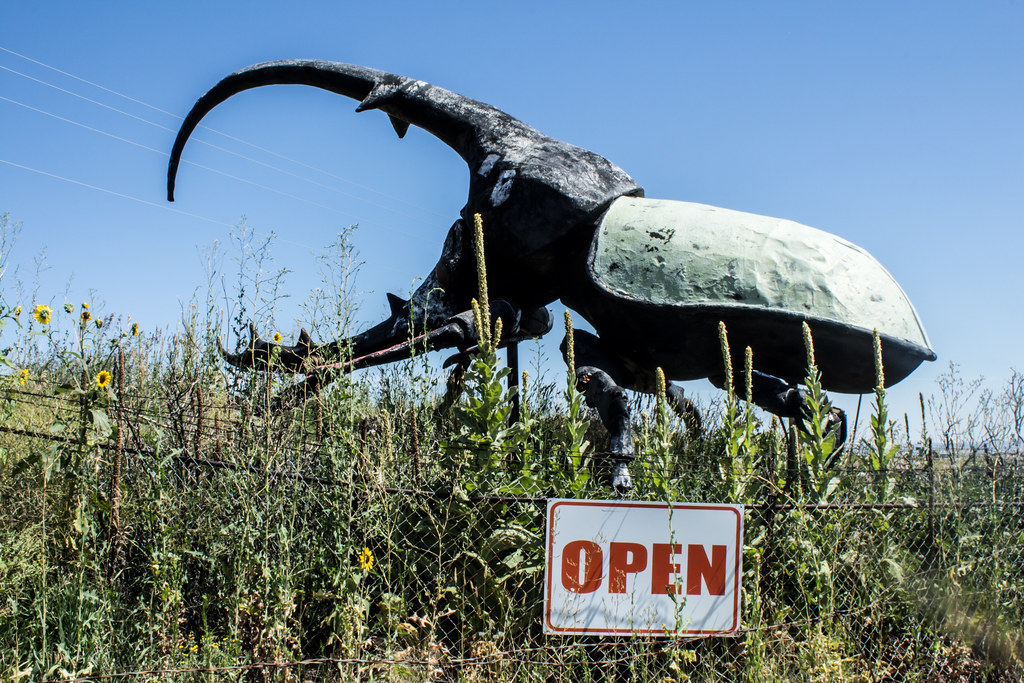 One of his sons, John May, recognized the opportunity to make money showing his father’s collection.In 1942, the family bought 1,000 acres of land south of Colorado Springs to serve as a more permanent post for their operations. The dry climate of Colorado was ideal for preserving the collections. The May Natural History Museum of the Tropics opened to the public in 1952.

Its founder, James May was a self made man who visited exotic locales for over 80 years and found over 100,000 specimens of insects, outstanding giant insects and rare artifacts, creating one of the world’s largest private entomological collections. Visitors looking for the museum will be able to see the giant beetle on 115 indicating the museum location. The museum is child friendly, with friendly and enthusiastic staff on hand to help guide visitors and provide additional information when needed. Many of the insects in the collection may have gone extinct, so this is an attraction not to be missed as it is a last chance to see these rare and beautiful insects. The museum is currently run by the fifth generation of the May family, with a love for insects and history spanning nearly two centuries.

According to en.wikipedia.org; uncovercolorado.com. Source of photos: internet