The study of the glacier is important for climate change analysis because the Malaspina is the U.S largest piedmont glacier, a type of glacier in which the flow spills from a narrow valley into a flat plain and spreads out like a fan.

The Malaspina Glacier in southeastern Alaska is the largest piedmont glacier in the world. Situated at the head of the Alaska Panhandle, it is about 65 km (40 mi) wide and 45 km (28 mi) long, with an area of some 3,900 km2 (1,500 sq mi). It is named in honor of Alessandro Malaspina, a Tuscan explorer in the service of the Spanish Navy, who visited the region in 1791. In 1874, W.H. Dall, of what is now the U.S. National Geodetic Survey, bestowed the name “Malaspina Plateau” on it, not realizing its true geological character. 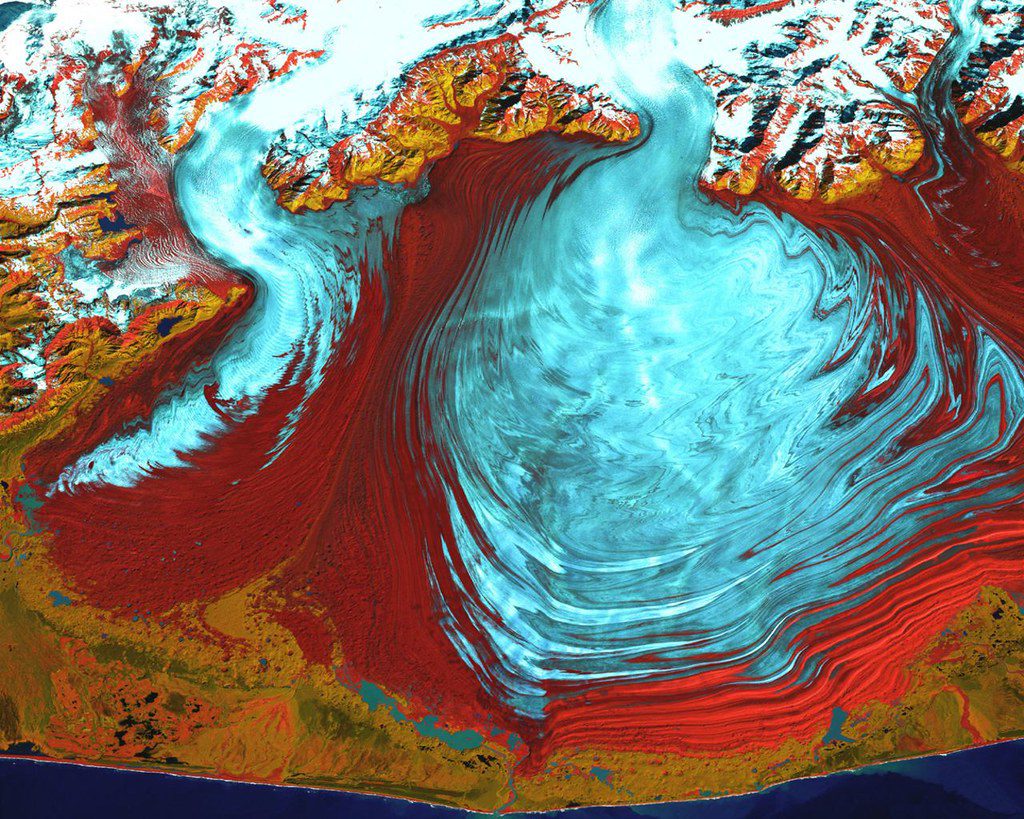 It arises where several valley glaciers, primarily the Seward Glacier and Agassiz Glacier, spill out from the Saint Elias Mountains onto the coastal plain facing the Gulf of Alaska between Icy Bay and Yakutat Bay. Although it fills the plain, nowhere does it actually reach the water and so does not qualify as a tidewater glacier.

The Malaspina is up to 600 meters (2,000 ft) thick in places, with the elevation of its bottom being estimated to be as much as 300 m (980 ft) below sea level. There are two lakes on its margins: Oily Lake to the northwest, at the foot of the Samovar Hills between the Agassiz and Seward glaciers, and Malaspina Lake to the southeast, close to Yakutat Bay.

Radar data and aerial photographs dating back to 1972 provide evidence that the Malaspina-Seward glacier system lost about 20 m (66 ft) of its thickness between 1980 and 2000; because the glacier is so large, that amount of shrinkage was sufficient to contribute 1/2 of one percent of the rise in the global sea level. In October 1969, the glacier became a National Natural Landmark.