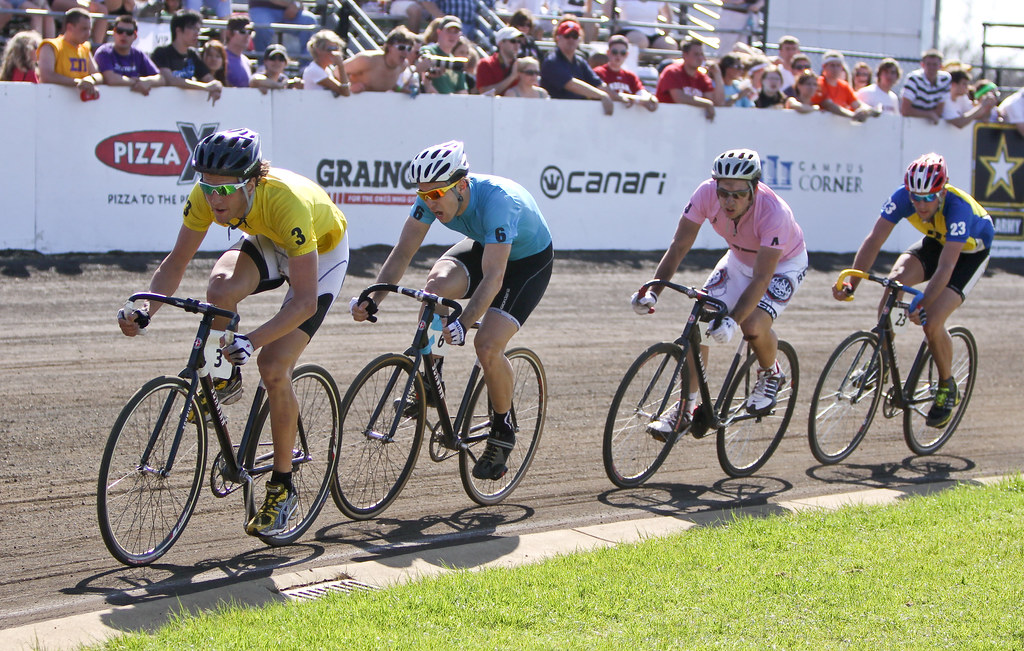 The race was founded in 1951 by Howdy Wilcox Jr., executive director of the Indiana University Foundation, who modeled the race after the Indianapolis 500 automotive race, which his father had won in 1919. Racers compete in teams of four, racing relay-style for 200 laps (50 mi (80 km)) along a quarter-mile (440 yd (400 m)) cinder track. Thirty-three teams are selected in qualifications trials to compete in the main race. Money raised by the event funds scholarships for working Indiana University students.

The inaugural Women’s Little 500 was held in 1988. Four members of the Kappa Alpha Theta sorority completed a qualifications run in the 1987 men’s event on their 3rd and final attempt, but failed to qualify into the field of 33. In 1988, the IU Student Foundation launched the Women’s Race. Thirty-one teams competed in the first Women’s Race which was won by an all-freshman team, Willkie Sprint, representing Willkie Residential Hall. Kappa Alpha Theta has been the most successful Women’s Team. The Little 500 includes four events beside the race itself: Qualifications, ITTs, Miss-N-Out, and Team Pursuit. These events are collectively known as “The Spring Series”. The team that wins The Spring Series is also awarded a white jersey to wear during that year’s race. These events also ensure that all the members of a team, not just those competing in the actual race itself, can still participate and compete.

Billed as “The World’s Greatest College Weekend,” the race has expanded into a week of activities. The Women’s Little 500 (100 laps; 25 mi (40 km)), first held in 1988, is run each year. Other events such as the Little Fifty Running Relay Race and Alumni Races add to the festivities. During his run for presidency, then-senator Barack Obama made an unannounced visit to the Little 500 women’s race in 2008. As of 2019, the Little 500 has raised a total of more than $2 million in scholarship funds.