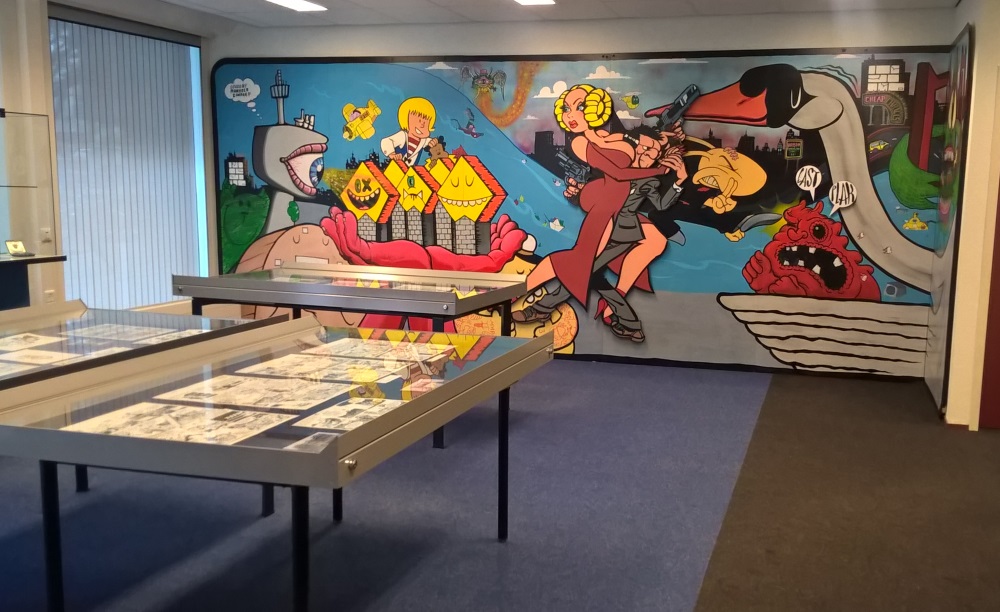 The International Museum of Cartoon Art was founded as the Museum of Cartoon Art by cartoonist Mort Walker in 1974. Dismayed by the fact that so many original works by cartoonists were being lost or destroyed, Walker had begun collecting cartoon art years earlier. The Museum was created to collect, preserve and exhibit original works of cartoon art from all over the world.

In 1992, the museum relocated from New York to Boca Raton, Florida, where it’s new facility opened to the public in March of 1996. It’s collection currently consists of approximately 160,000 pieces of artwork, including original animation art, newspaper strips, comic book art, editorial cartoons, gag cartoons, caricatures, sports cartoons, and book and magazine illustrations. The museum also has over 10,000 books and hundreds of hours of film and video, which will eventually be made available to the public through an on-site research library.

Roughly half of the museum’s first-floor gallery space currently showcases highlights from the Museum’s permanent collection. The newspaper strip area contains original pieces covering the medium’s century of existence, from art by early masters like Richard Outcault and Winsor McCay to the work of more recent favorites such as Charles Schulz and Bill Watterson.

On display in the comic book area are original pages and covers by Jack Kirby, Bob Kane, Curt Swan and others. Gag and magazine cartoons, many of which appeared in The New Yorker, are also represented in the gallery, as are political and editorial cartoons. The museum’s Hall of Fame pays tribute to acknowledged pioneers and masters from all genres of the art form.

Some of the Hall of Fame’s members include Thomas Nast, Richard Outcault, Hal Foster, Walt Disney and Chuck Jones. Part of the museum’s gallery space is devoted to changing exhibitions, like the currently running, “Cartoons Go to War” and the upcoming, “Superheroes: Superman and Other Comic Book Legends.”

According to awn.com. Source of photo: internet