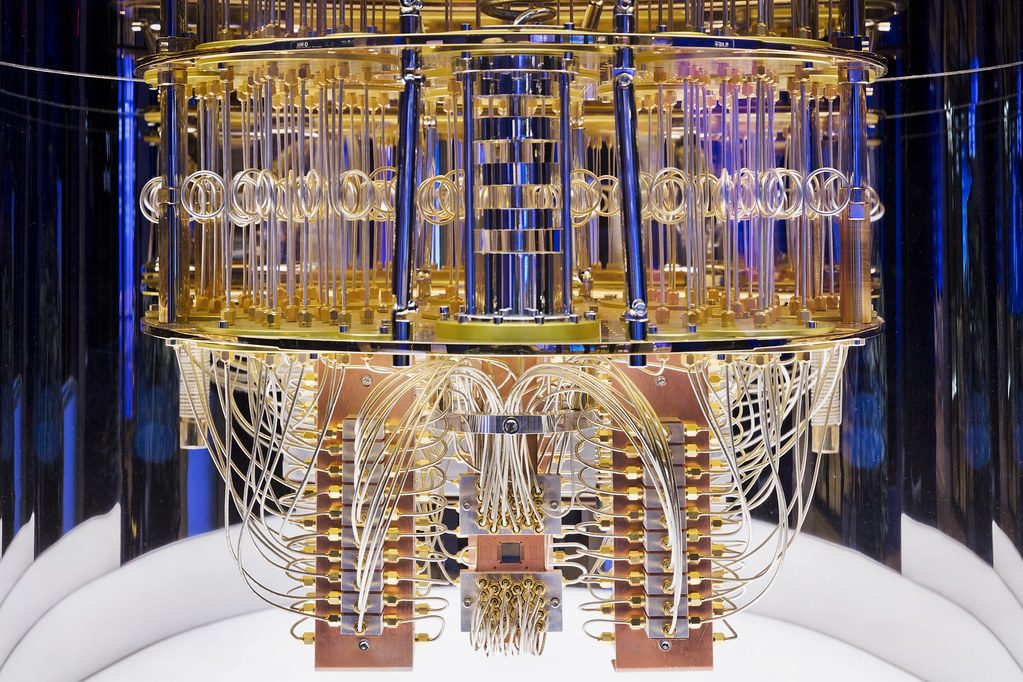 International Business Machines Corporation (IBM) is an American multinational technology company headquartered in Armonk, New York, with operations in over 170 countries. The company began in 1911, founded in Endicott, New York, as the Computing-Tabulating-Recording Company (CTR) and was renamed “International Business Machines” in 1924. IBM is incorporated in New York.

IBM produces and sells computer hardware, middleware and software, and provides hosting and consulting services in areas ranging from mainframe computers to nanotechnology. IBM is also a major research organization, holding the record for most U.S. patents generated by a business (as of 2020) for 28 consecutive years.

Accessing quantum devices wasn’t easy prior to 2016. Theorists had to convince hardware researchers at institutions like IBM to help them realize experiments on custom quantum processors. Given the high quality of IBM’s devices, this work strained the small and already-busy IBM Quantum team — so, team leads Jay Gambetta and Jerry Chow decided to put a quantum processor on the cloud.

After all, IBM Quantum team members were already remotely accessing the devices on nights and weekends to run experiments. They got started — but they’d need more and better resources, and to prove that there was actually an audience for a cloud-based quantum computing platform.

“It gave us the validation that we had something, and that we could get a lot of people behind it,” said Jerry Chow, now Director of Quantum Hardware System Development at IBM. More importantly, it proved to IBM overall that this would be a project worth devoting resources to. After witnessing the ThinkQ 2015 audience response, IBM’s then-VP of Science and Technology Dario Gil asked the IBM Quantum team what it would take to deliver the project faster.

Five years ago, the team made history by launching the IBM Quantum Experience, putting the first quantum processor on the IBM Cloud so that anyone could run their own quantum computing experiments. The milestone required months of cross-team and cross-continent collaboration to pull off something that had never been done before — and the impact has been immense.

Since then, the team has released a host of groundbreaking research in order to help develop a global quantum computing ecosystem. The IBM Quantum Experience has since evolved, and today IBM runs a suite of cloud-based quantum systems that researchers, businesses, and a vibrant open-source community of developers access with IBM Quantum Composer, IBM Quantum Lab and Qiskit, hoping to learn about how they might use quantum to impact their own computing workflows.

According to en.Wikipedia and Ryan Mandelbaum (research.ibm.com/blog). Source of photos: internet