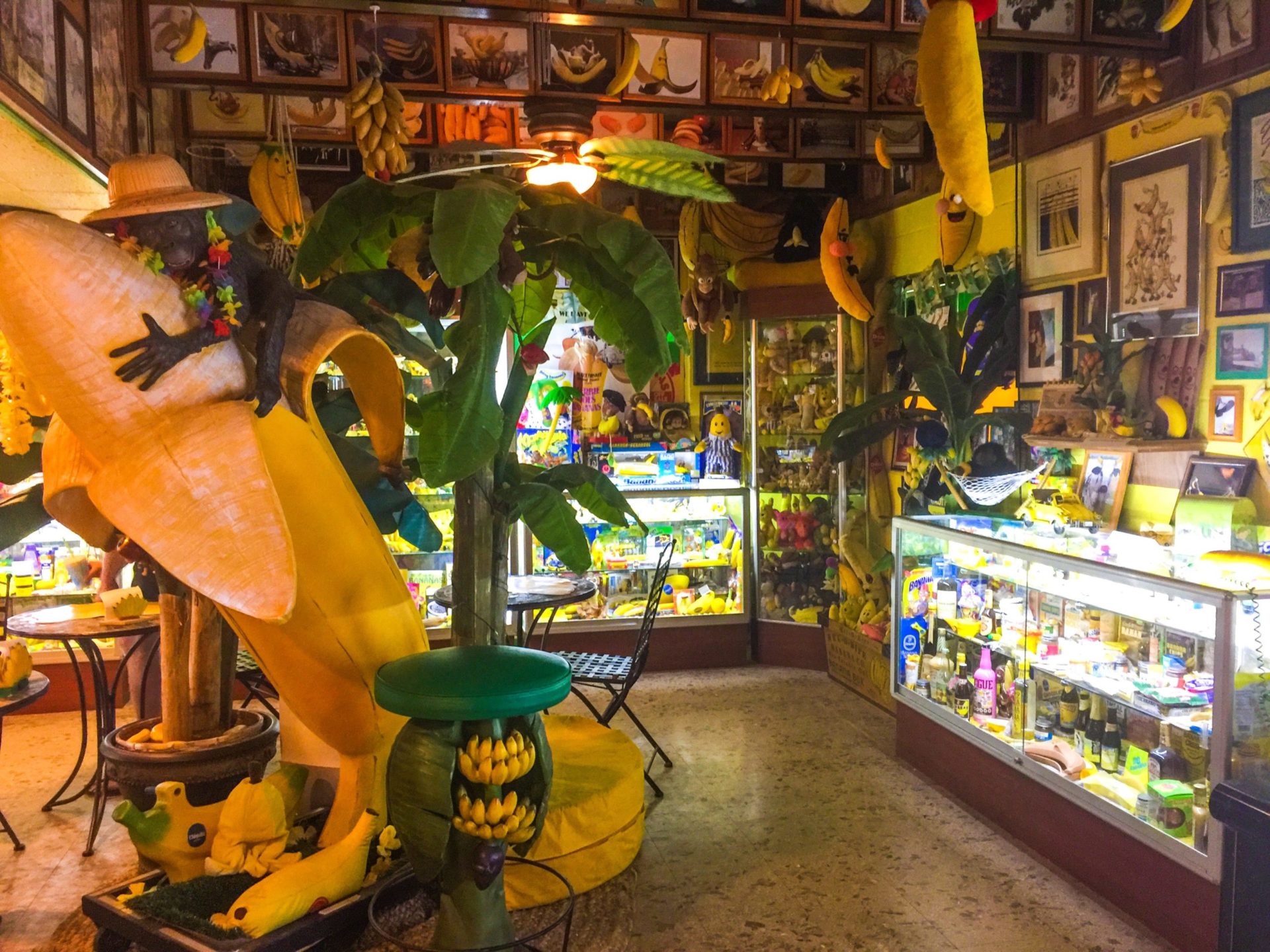 The International Banana Museum is a museum located in Mecca, California, dedicated to the banana. The one-room museum contains more than 25,000 items related to bananas.  In 1999, the museum set a World Record as the largest museum devoted to a single fruit.

The museum was conceived by Ken Bannister, who founded it in 1976. In 1972, Bannister was a president of a photographic equipment manufacturing company, and at a manufacturers’ conference, he handed out thousands of Chiquita banana stickers. His joke was that since the banana was shaped like a smile, it might encourage people to do so. In 1999, the museum won a World Record as the largest museum devoted to a single fruit. At the time, it held a collection of 17,000 items. 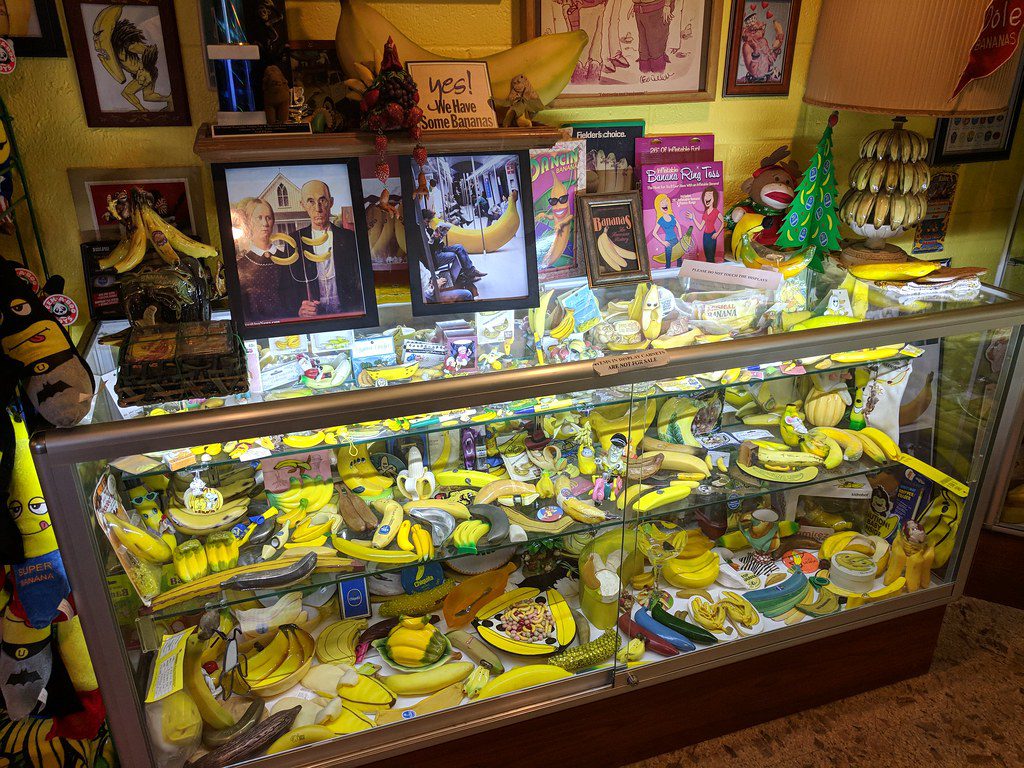 The collection includes “banana phones, clocks, coloring books, toys, record players, costumes, golf clubs, stuffed animals, and … ceiling fans”. Kitschy items include a “banana couch, banana soda, gold-plated banana, banana boogie board, and banana ears”. The museum houses the only petrified banana in the world, which came from the closet of a girl in Kentucky.

There is also a Banana Bar that serves banana-related food and drinks.