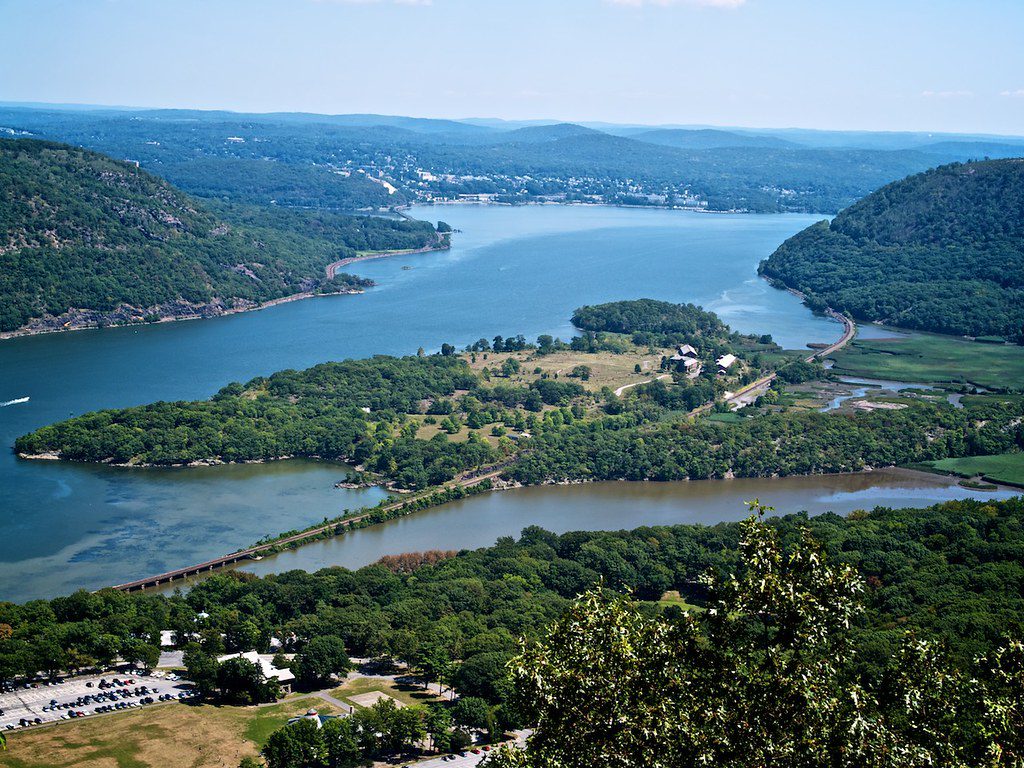 The Hudson River is a 315-mile (507 km) river that flows from north to south primarily through eastern New York in the United States. It originates in the Adirondack Mountains of Upstate New York and flows southward through the Hudson Valley to the Upper New York Bay between New York City and Jersey City, eventually draining into the Atlantic Ocean at New York Harbor. The river serves as a political boundary between the states of New Jersey and New York at its southern end. Farther north, it marks local boundaries between several New York counties. The lower half of the river is a tidal estuary, deeper than the body of water into which it flows, occupying the Hudson Fjord, an inlet that formed during the most recent period of North American glaciation, estimated at 26,000 to 13,300 years ago. Even as far north as the city of Troy, the flow of the river changes direction with the tides.

Hudson River is the deepest inland river in the US with the highest depth point of 216 feet (65.8m) which is in World’s End close to West Point.

According to en.wikipedia; theworldgeography.com. Source of photo: internet