The library and hall stand on the heights occupied by the British army in the autumn of 1776 during its successful attack upon Fort Washington. Dr. Henry Mitchell MacCracken, Chancellor of New York University, was the originator of The Hall of Fame.

It was the first hall of fame in the United States. “Fame” here means “renown” (rather than today’s more common meaning of “celebrity”). Chancellor MacCracken acknowledged inspiration from the Ruhmeshalle (Hall of Fame) in Munich, Germany.

Completed in 1900 as part of the University Heights campus of New York University, the 192 m stone colonnade half-encircles the university library and houses 98 bronze portrait busts of a number of prominent Americans. Designed by architect Stanford White (who also designed the library), the Beaux Arts structure was donated by Helen Gould, and was formally dedicated on May 30, 1901.

New York University (under severe financial distress) was forced to sell the campus in 1973 to the City University of New York and it became Bronx Community College. Though the Hall’s renown has itself faded, its architecture remains, and it stands as a secular national shrine not just to great men (and some women), but to Roman ideals of fame favored at the beginning of the 20th century. 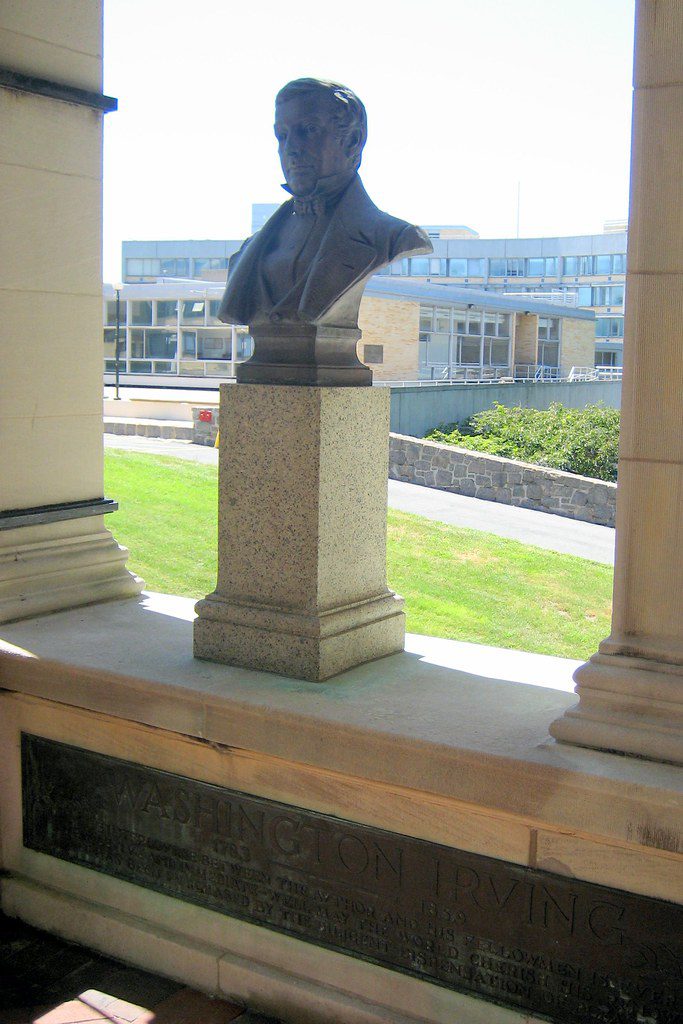 The memorial structure is an open-air colonnade, 630 feet in length with space for 102 bronze sculptures, designed in the neoclassical style by architect Stanford White. The library is similar to Low Library at Columbia, designed by White’s partner Charles Follen McKim. The colonnade also runs behind (west of) the Hall of Languages to the south and the Hall of Philosophy to the north.

Carved in stone on pediments of The Hall of Fame is the words “By wealth of thought, or else by mighty deed, They served mankind is noble character. In worldwide good, they live forevermore.”

The base of each sculpture holds a bronze tablet bearing the name of the person commemorated, significant dates, achievements and quotations. Each bronze bust must have been made specifically for The Hall of Fame and must not be duplicated within 50 years of its execution.

According to en.wikipedia and britannica.com. Source of photos: internet