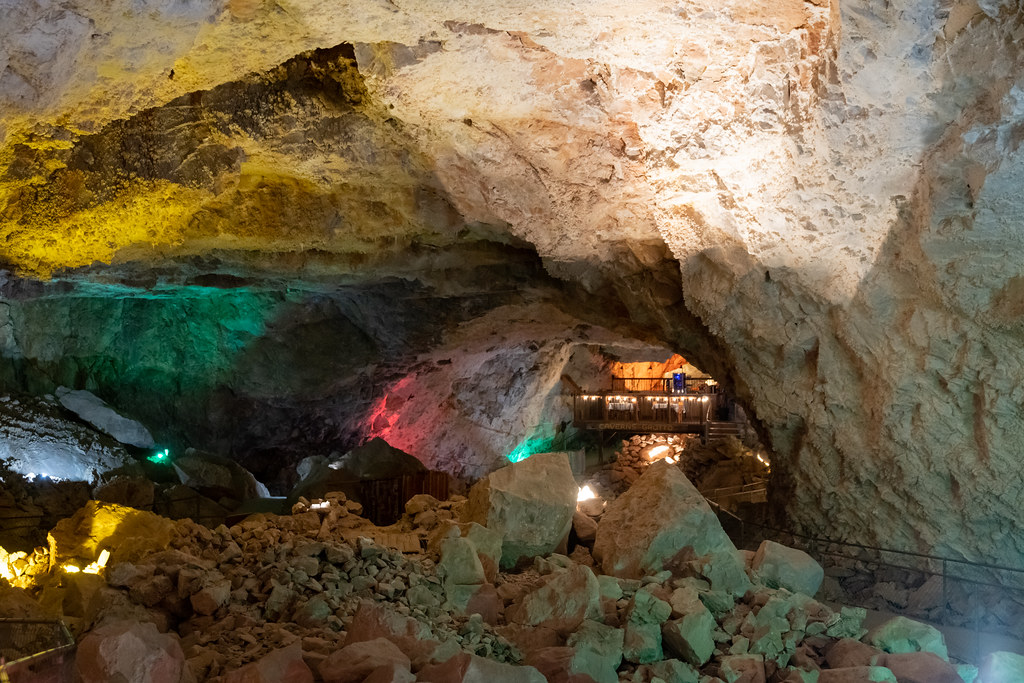 The Grand Canyon Caverns, around 70 m below ground level, are the largest dry caverns in the United States. Dry caverns are rare, only 3% of all caverns in the world are dry. Being dry, stalagmites and stalactites are virtually non-existant. Air comes into the caverns from the Grand Canyon through 60 miles of limestone cracks, crevices and caves. The caverns are huge, and those with claustrophobic tendencies won’t notice them as 3 football fields could fit comfortably inside. 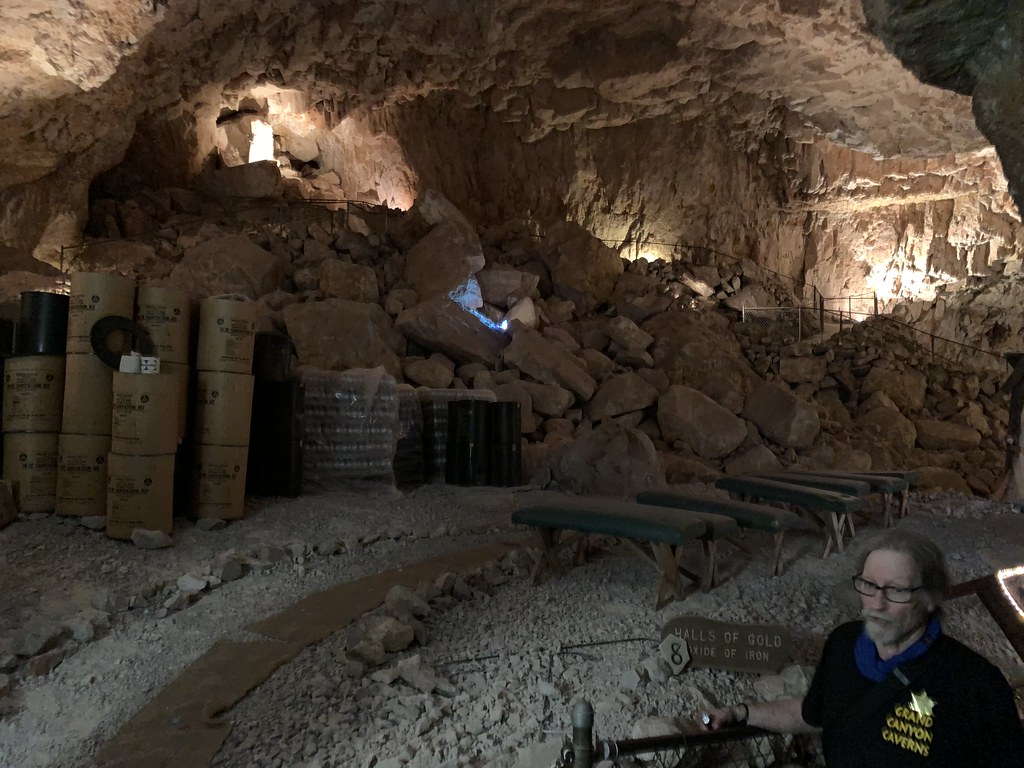 During the Mississippian Period, 345 million years ago, the southwestern United States was covered by ocean. Skeletons of sea life settling to the depths, created a mud with a high percentage of calcium. This eventually hardened into the limestone bedrock seen in the caverns today. Over millions of years, the bedrock was pushed up to over 5,000 feet (1,500 m) above sea level. 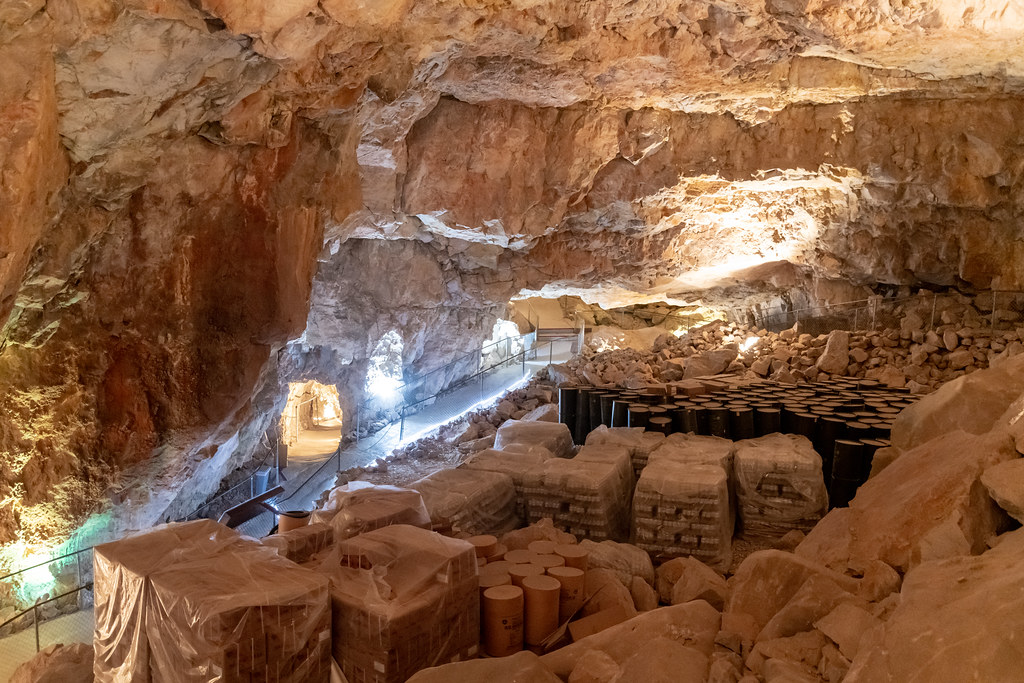 Approximately 35 million years ago, rainfall flowed into the rock, and eroded passages that lead to the Colorado River and what is now the Grand Canyon. Millions of years later, the evaporating water left calcium deposits on the walls and floors, creating the formations that can be viewed today.

According to en.wikipedia; digital-desert.com. Source of photos: internet