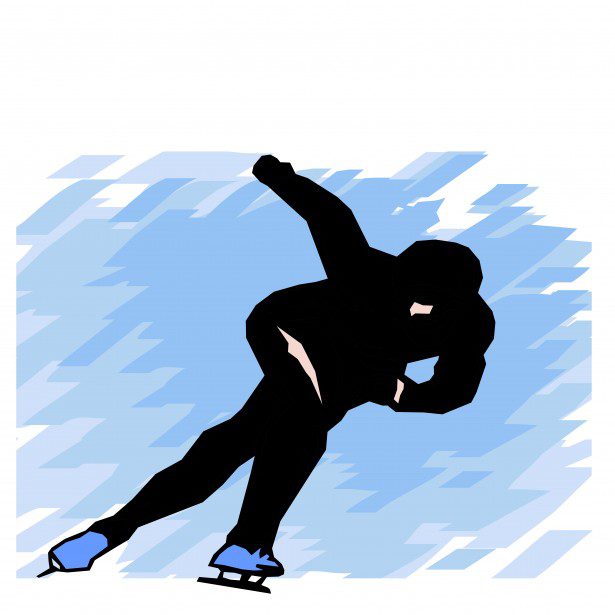 She didn’t view herself as some sort of trailblazer. She didn’t think about the slip that could’ve snatched away her spot on the U.S. Olympic team. She simply wanted to go faster than everyone else.

Jackson became first Black woman to win a speedskating medal at the Olympics — and it was the best color of them all.

“A lot of shock, a lot of relief and a lot of happiness,” Jackson said after her victory in the 500 meters.

It was an immensely personal moment for an inline skating champion from balmy Ocala, Florida, who traded her wheels for blades in order to chase an improbable Olympic dream.

But it meant so much more than that.

Jackson’s skin color makes her an anomaly at the speedskating oval. She joined fellow American Shani Davis as the only Black athletes to win long-track medals at the Olympics.

“I just hope that it will do something for the sport,” Jackson said. “Hopefully, more people will see this and be like, ‘Ohhh, maybe I should try some of these winter sports.’”

“Congratulations @ErinJackson480!!” Davis wrote on Twitter. “You are a superior athlete!!”

Back in Florida, Jackson’s longtime inline coach, Renee Hildebrand, cheered her on at an early-morning watch party thrown by one of her roller sport sponsors, Bont.

Hildebrand, too, hopes that Jackson’s victory will bring some much-needed diversity to skating — no matter if it’s wheels or blades.

“She’s such a fantastic role model,” Hildebrand said in a telephone interview. “Maybe little girls and little boys who are not all about roller skating or ice skating will see her and say, ‘Hey, people my color are there. She looks like me.’”

The coach noted the impressive accomplishments of Davis, who won two golds and two silvers at the Olympics, and now Jackson.

“There’s not a lot of African Americans in speedskating, but the ones who are have been are really, really good,” Hildebrand said. “If others will come, they’ll be good.”

Jackson won with a time of 37.04 seconds, giving the American speedskating program its first medal of the Beijing Games, its first individual medal since 2010, and its first victory in the women’s 500 since Bonnie Blair in 1994.

Jackson’s gold came after she slipped at the U.S. trials and shockingly finished third, putting her spot on the Olympic team in jeopardy.

But teammate Brittany Bowe, another Ocala skater who finished first at the trials, gave up her spot in the 500 to ensure Jackson would get to compete in Beijing.

“She made a really big sacrifice for me,” Jackson said. “I’ll be grateful to her forever.”

As it turned out, the Americans received a third slot in the 500 when the final allocations were made, so Bowe got to skate as well. She finished 16th.

The two close friends embraced after Jackson clinched the gold.

“She hugged me and we cried,” the winner said. “She said she’s really proud of me and I said a lot of thank-yous.”

Jackson skated in the next-to-last of 15 pairs with the time of 37.12 — set about a half-hour earlier in the fourth pairing by Japan’s Miho Takagi — in her sights.

She didn’t think at all about that slip at the U.S. trials.

“It’s not something to really focus on,” Jackson said. “That was a fluke.”

Jackson darted off the line and and essentially won the gold in the first 100 meters, before she negotiated the first turn. Her opening split was 10.33 seconds, compared to 10.41 for Takagi.

That was the margin at the end, too.

“When it comes to the 500, it’s a matter of hundredths and sometimes thousandths of a second,” said Ryan Shimabukuro, Jackson’s coach when she’s on ice. “I knew she had the speed and it was going to come down to the opener. When I saw she opened in 10.3, which is pretty much the fastest she’s ever done, I knew we had a chance for the gold.”

Jackson kept up her speed through the first turn, down the crossing straight and on through the final turn, even though every stride brought more and more pain. Both arms were swinging furiously as she came down the final straightaway of speedskating’s shortest race.

As soon as her skates crossed the line, Jackson’s head turned toward the scoreboard.

She broke into a big smile when she saw the “1” beside her name, her time a scant 0.08 faster than Takagi’s. Shimabukuro pumped his arms and slapped hands with Jackson as she glided by.

There was still one pair left to skate, but Jackson knew she could do no worse than bronze.

A few minutes later, the gold was hers.

Jackson sat on the padding along the infield, shedding a few tears with her head bowed.

She was no doubt reflecting, as well, on her remarkable journey.

Making the switch from inline to ice just months before the 2018 Pyeongchang Games, Jackson was such a fast study — she does, after all, have an engineering degree from the University of Florida — that she earned a spot on the U.S. team. She finished 24th in the 500, but it was clear that she had barely tapped into her potential.

During the current World Cup season, Jackson suddenly emerged as one of the world’s best sprinters. She won four of eight 500 races — the first Black woman to earn one of those titles, as well — and came to the Olympics as the favorite.

“When I won the first World Cup, I was like, ‘OK that’s strange. Let’s see where it goes,’” Jackson recalled. “Then I won another and I was like, ‘Well, maybe I can do this.’”

She lived up to the billing in Beijing, becoming the first American woman to win an individual speedskating medal since 2002.

“Words cannot explain how proud I am of her,” Bowe said. “I knew she had the chance to do something really special, and she just showed the world why she deserved to be here.”

Jackson grabbed an American flag and did a victory lap around the Ice Ribbon oval, the stars and stripes fluttering above her head.

“It’s been a wild ride,” she said, “but that makes it even sweeter.”

According to usnews.com. Source of photo: internet