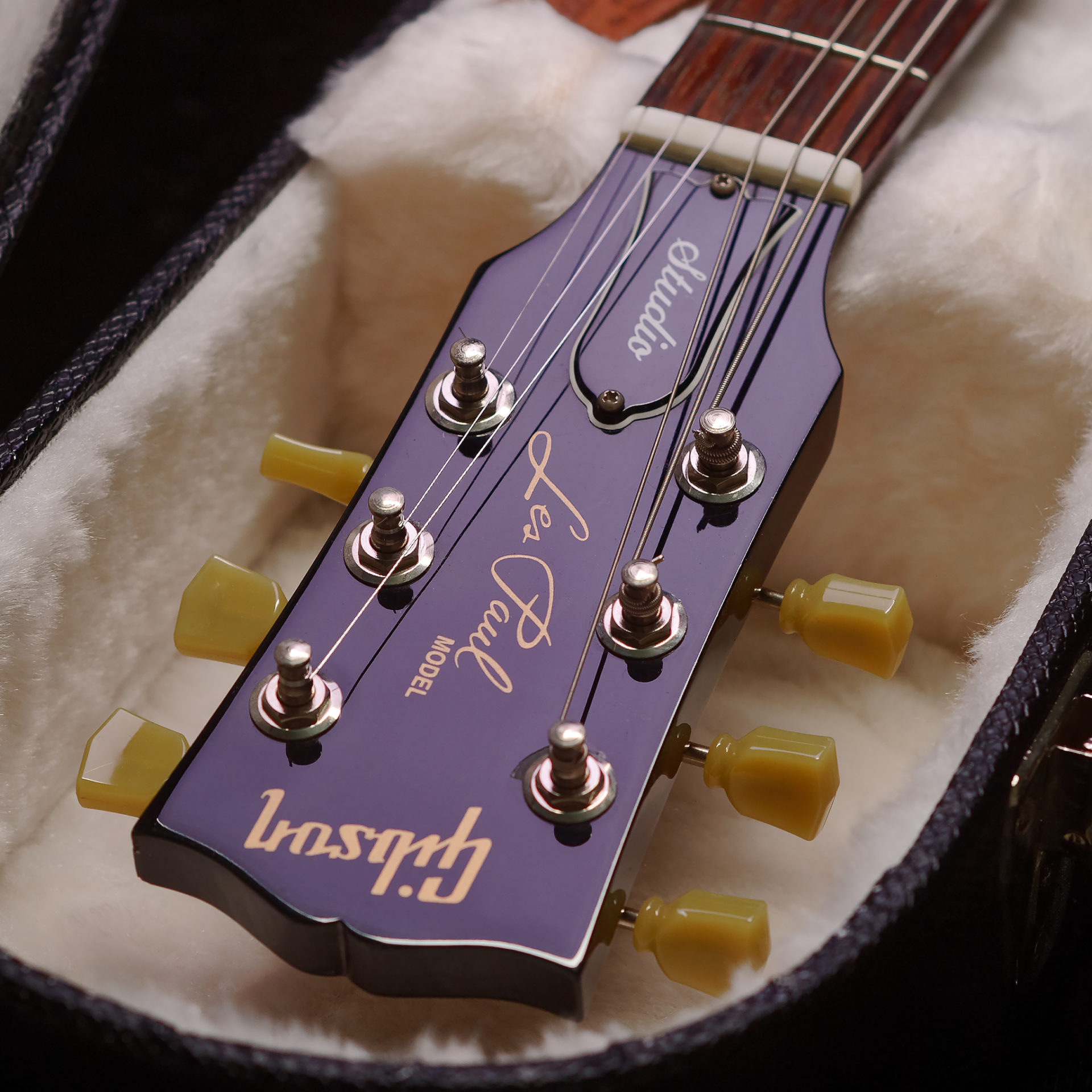 The Gibson Robot Guitar eliminates tuning problems for guitarists, automatically tuning to standard A440 tuning. It also allows players to access six commonly used altered tuning presets at the push of a button. These tunings were used on many well-known hit songs, giving players easy access for the very first time.

The Gibson Robot Guitar allows the guitar to be intonated in seconds after string changes, truss rod adjustments, or changes in weather conditions. Finally, with the locking tuner, single string changes or changing the entire set of strings are automated.

The system consists of five high-technology components, which are extremely light and do not change the instrument in any way. A control knob enables tuning with a simple push or pull. Each tuner is equipped with specialized servo motors. As the motorized tuners adjust the pitch of the strings they are monitored by means of a Tune-Control Bridge.

The world’s first run limited edition version of Gibson Les Paul Robot Guitars went on sale at 400 dealers throughout the world in December, 2007. Each store will only have 10 instruments. This collectors’ item will be available in an exclusive Blue Silverburst Les Paul model.

According to thefreelibrary.com. Source of photo: internet