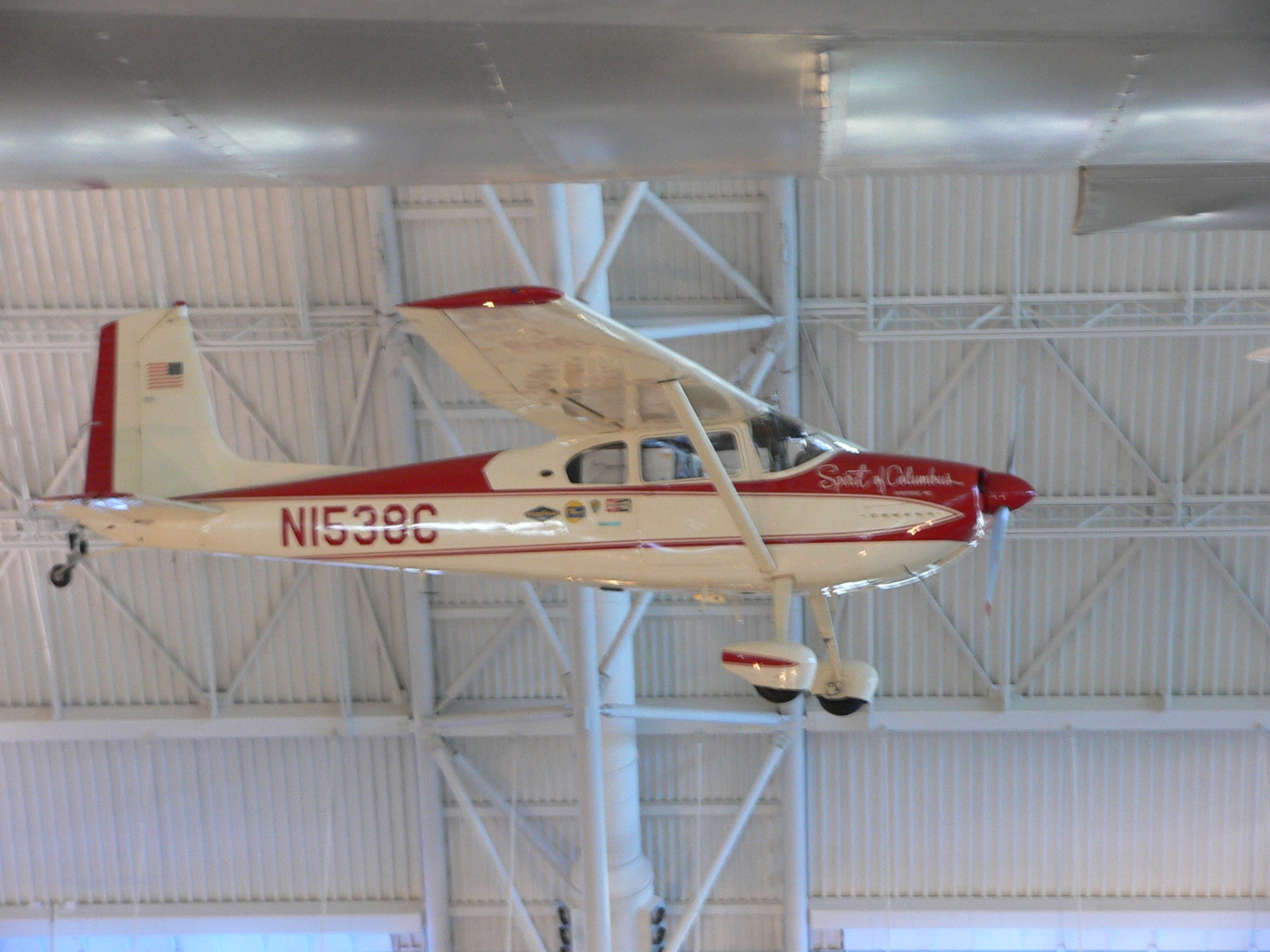 Geraldine “Jerrie” Fredritz Mock was born on November 22, 1925, in Newark, Ohio to Timothy and Blanche (Wright) Fredritz. Her paternal grandparents were German emigrants. During her childhood, she found that she had more in common with the boys. Her interest for flying was sparked when she was 7 years old when she and her father had the opportunity to fly in the cockpit of a Ford Trimotor airplane. In high school, she took an engineering course in which she was the only girl and decided flying was her passion. She graduated from Newark High School in 1943 and went on to attend Ohio State University.

It took 29 days, 11 hours and 59 minutes, with 21 stopovers and almost 36,790 km. The flight was part of a “race” that developed between Jerrie Mock and Joan Merriam Smith who had flown from a field near San Francisco, CA on March 17, 1964; Smith’s departure date and flight path was the same as the aviator Amelia Earhart’s last flight.

Although they were not in direct competition with each other, media coverage soon began tracking the progress of each pilot, fascinated with who would complete the journey first. Mock was the first to finish. The story of this race is told in a book written by Taylor Phillips entitled, Racing to Greet the Sun, Jerrie Mock and Joan Merriam Smith Duel to Become the First Woman to Solo Around the World (2015).

Jerrie Mock was subsequently awarded the Louis Blériot medal from the Fédération Aéronautique Internationale in 1965. In 1970 she published the story of her round-the-world flight in the book Three-Eight Charlie. While that book is now out of print, a 50th-anniversary edition was later published including maps, weather charts and photos.