George Devol was born in an upper middle-class family in Louisville, Kentucky. He attended Riordan Prep school. Choosing to forego higher education, in 1932 Devol went into business, forming United Cinephone to produce variable area recording directly onto film for the new sound motion pictures (“talkies”). However, he later learned that companies like RCA and Western Electric were working in the same area, and decided to discontinue the product. During that time, Devol also developed and patented industrial lighting and invented the automatic opening door. 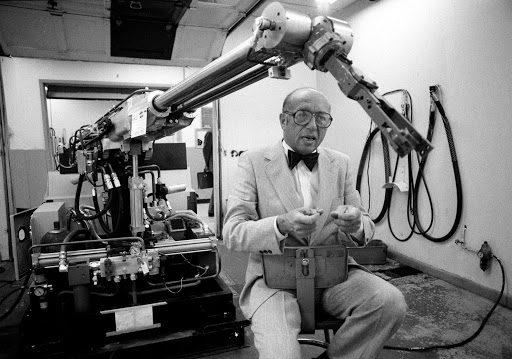 In 1939, Devol applied for a patent for proximity controls for use in laundry press machines, based on a radio frequency field. This control would automatically open and close laundry presses when workers approached the machines. Once the war began, Devol was advised by the patent office that his patent application would be placed on hold for the duration of the conflict.

Around the time World War II began, Devol sold his interest in United Cinephone and approached Sperry Gyroscope to see if they were interested in his ideas on radar technology. He was retained by Sperry as manager of the Special Projects Department that developed radar devices and microwave test equipment. 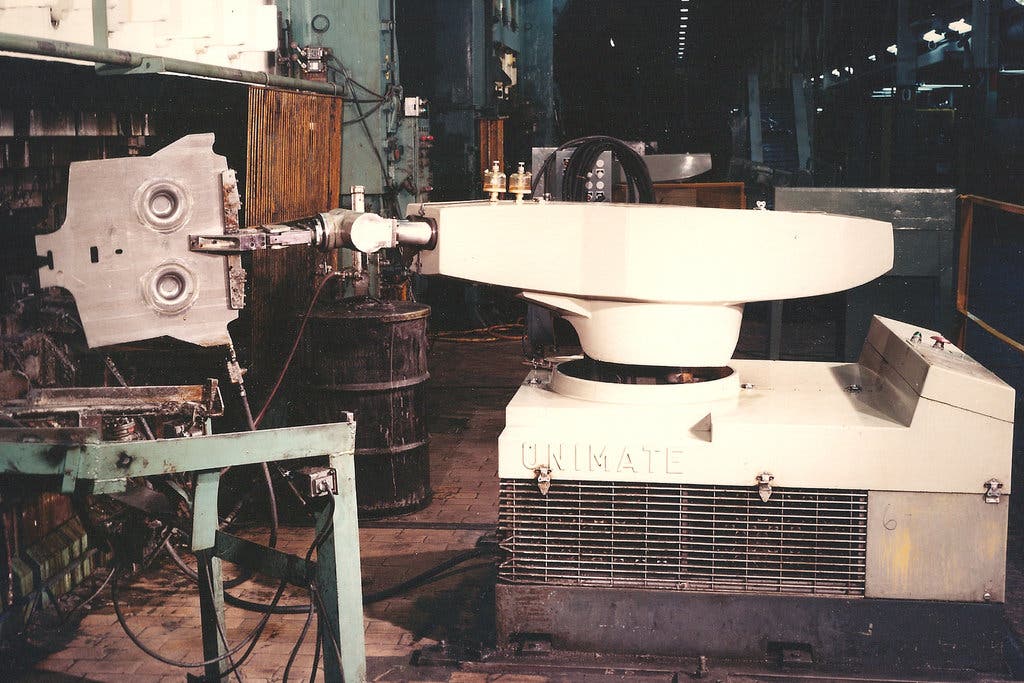 The idea of the industrial robot was born from George Charles Devol, Jr. in 1954. Devol met Joseph Frederick Engelberger, an entrepreneur and the man who would come to be known as “the father of robotics”, and convinced him of the potential of his idea. And in 1961, the two Americans established Unimation Inc., a venture company specializing in industrial robot development. In the following year, they succeeded in the trial production of the world’s first industrial robot, the Unimate. US car manufacturers already working on factory automation at the time showed interest in the Unimate, and with the deployment of the robot in the General Motors Company (GM)’s die-casting factory, the practical use of industrial robots commenced.

In 1960, Devol personally sold the first Unimate robot, which was shipped in 1961 to General Motors. GM first used the machine for die casting handling and spot welding. The first Unimate robot was installed at GM’s Inland Fisher Guide Plant in Ewing Township, New Jersey in 1961 to lift hot pieces of metal from a die-casting machine and stack them. Soon companies such as Chrysler, Ford, and Fiat saw the necessity for large Unimate purchases.

Approximately $5 million was spent to develop the first Unimate. In 1966, after many years of market surveys and field tests, full-scale production began in Connecticut. Unimation’s first production robot was a materials handling robot and was soon followed by robots for welding and other applications.

According to en.wikipedia and robotics.kawasaki.com. Source of photos: internet