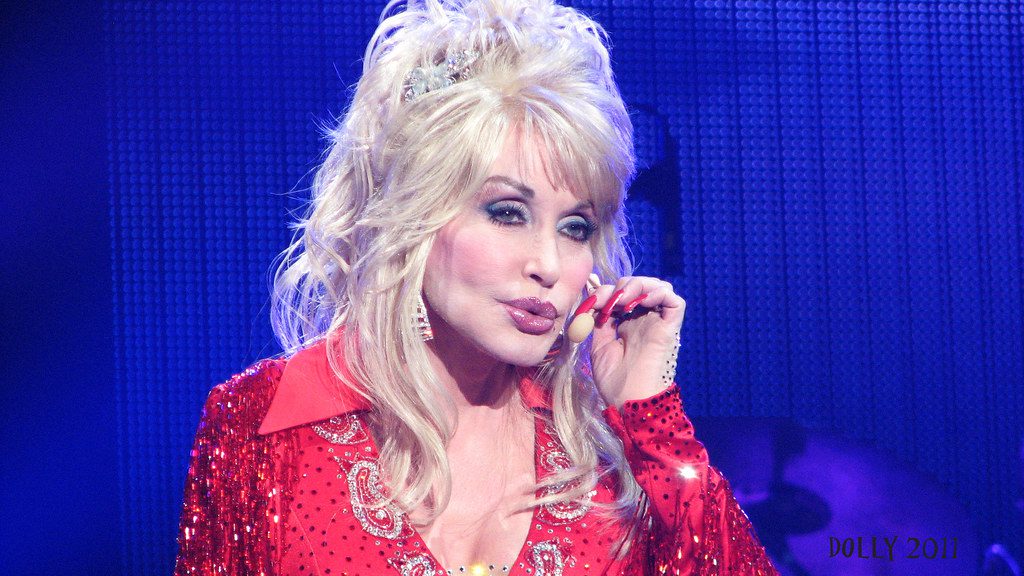 Dolly Parton has been breaking records for decades, but now she has three world records under her star-studded belt.

Dolly also shattered her existing record for the most hits on the U.S. Hot Country Songs chart by a female artist with 109 hits.

The impressive titles accompany the country queen’s previous record for most decades with a Top 20 hit on the U.S. Hot Country Songs chart at six, which was awarded in 2018.

The song that helped Dolly achieve her latest record is her duet with Reba McEntire on the song “Does He Love You.”

George Jones, one of Dolly’s musical heroes, is the only other country artist with chart hit records spanning seven decades.

“Well I’m very proud to represent country music at all, in any way, in every way. Of course, I’d be happy to be first right after George Jones. He was and is my favorite. I loved him as a person, we were friends. I think his voice is the greatest,” Dolly said. “Nobody’s ever going to take over George’s place.”

With her many hats, Dolly says she takes herself more seriously as a songwriter than anything else. Her favorite song she has ever written is “Coat of Many Colors.” But her favorite line she has penned is “Pour myself a cup of ambition” from the hit “9 to 5.”

“Dolly Parton is one of the very few musical artists in history with this degree of staying power,” adjudicator Sarah Casson shared. “Writing and recording music that makes the charts across seven decades is truly an amazing accomplishment.”

An accomplishment that Dolly is honored to have achieved.

“This is the kind of stuff that really makes you very humble and very grateful for everything that’s happened. I had no idea that I would be in Guinness World Records this many times! I am flattered and honored. I’ve had a lot of people help me get here. Thanks to all of you and all of them for helping me have all of this,” Dolly commented.

She added she’s been fortunate to see her dreams come true and hopes it will continue for as long as possible.

According to wbir.com. Source of photo: internet