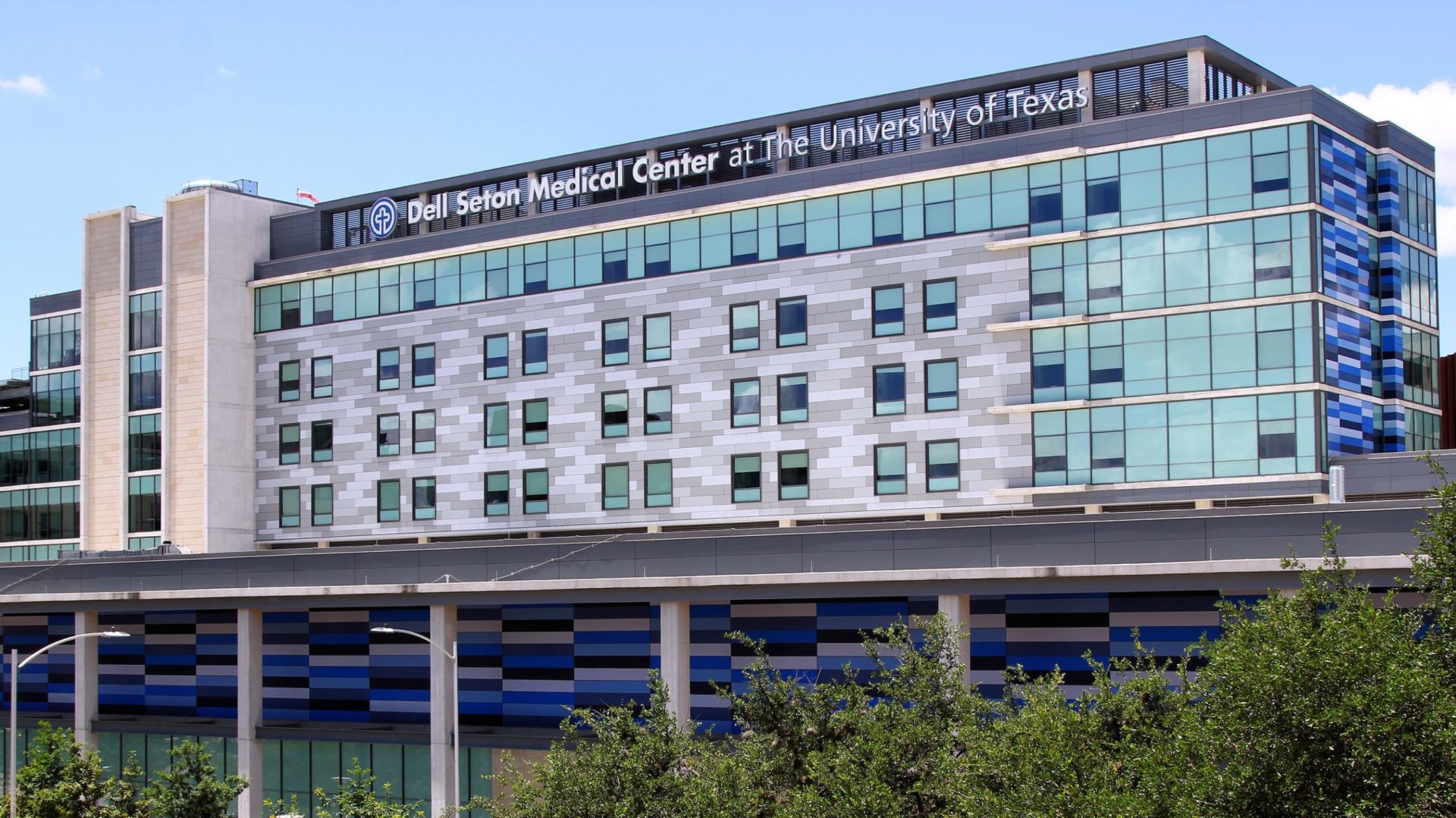 Dell Children’s Medical Center of Central Texas is a pediatric acute care hospital located in Austin, Texas. The 470,000-square-foot hospital opened in June 2007 on 32 acres that was once part of the former Mueller Municipal Airport, which has become one of the largest redevelopment efforts in the City of Austin’s history.

As an ACS Designated Level I Pediatric Trauma Center, Dell maintains 24-hour on-call emergency and surgical services. Following the completion of a new south tower in 2013, the hospital currently operates 248 beds, 98 of which are dedicated to specialty care. The new tower has helped the hospital gain the status as the first LEED platinum health care building in the world.

Sustainable elements such as abundant natural light, renewable building materials and an on-site power plant were all incorporated in the hospital’s site plan, but the project’s most important design goal was to provide a playful healing environment for children. A three-acre, multi-level healing garden is a highlight of the hospital. Articulated by passive and active spaces, it includes a multimedia movie plaza, labyrinth, human sundial, butterfly garden, floating stone fountain and reflecting pond.

Another notable feature within the hospital’s central courtyard is a three-story water way, which cascades down a granite wall into a serpentine stream, then flows over a rock waterfall into a reflecting pool. Native and adaptive plants were implemented throughout these courtyards, which not only conserve water but help provide clean, oxygenated air for air-handling units on each of the hospital’s four floors.

Inside the hospital, windows of varying shapes, sizes and color line almost every wall, providing daylight to 80 percent of the facility and to patients and staff located within 32 feet of an exterior wall. Outside the hospital, a 4.3-megawatt natural gas-fired power plant – built and owned by Austin Energy – produces 100 percent of the hospital’s electricity, heating and cooling. Other cooling features that contribute to the hospital’s energy efficiency include reflective roofing and surface pavements, and an under-floor air distribution system that requires less power to operate than a traditional ceiling system.

Sustainable and indigenous building materials – such as white Texas limestone, concrete with high ash content, recycled glass and rapidly-renewable cork – were used throughout the hospital’s exterior façade, flooring and walls. In addition, the parking lots and garages were constructed with 47,000 tons of recycled materials from the former airport’s runway.

According to bdcnetwork.com. Source of photo: internet