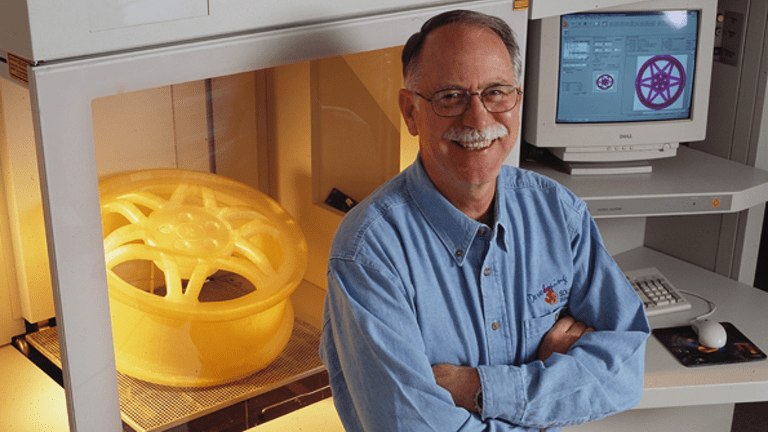 (uskings.us) Chuck Hull (Charles W. Hull; born May 12, 1939) is the co-founder, executive vice president and chief technology officer of 3D Systems. He is the inventor of the SLA 3D printer, the first commercial rapid prototyping technology, and the widely used STL file format. He is named on more than 60 U.S. patents as well as other patents around the world in the fields of ion optics and rapid prototyping.

Chuck Hull was born on May 12, 1939 in Clifton, Colorado, the son of Lester and Esther Hull. His early life was spent in Clifton and Gateway, Colorado. He graduated from Central High School in Grand Junction, Colorado. Chuck received a BS in engineering physics from the University of Colorado in 1961.

Hull first came up with the idea in 1983 when he was using UV light to harden tabletop coatings. But on July 16, 1984 Alain Le Méhauté, Olivier de Witte and Jean Claude André filed their patent for the stereolithography process. It was three weeks before Chuck Hull filed his own patent for stereolithography. 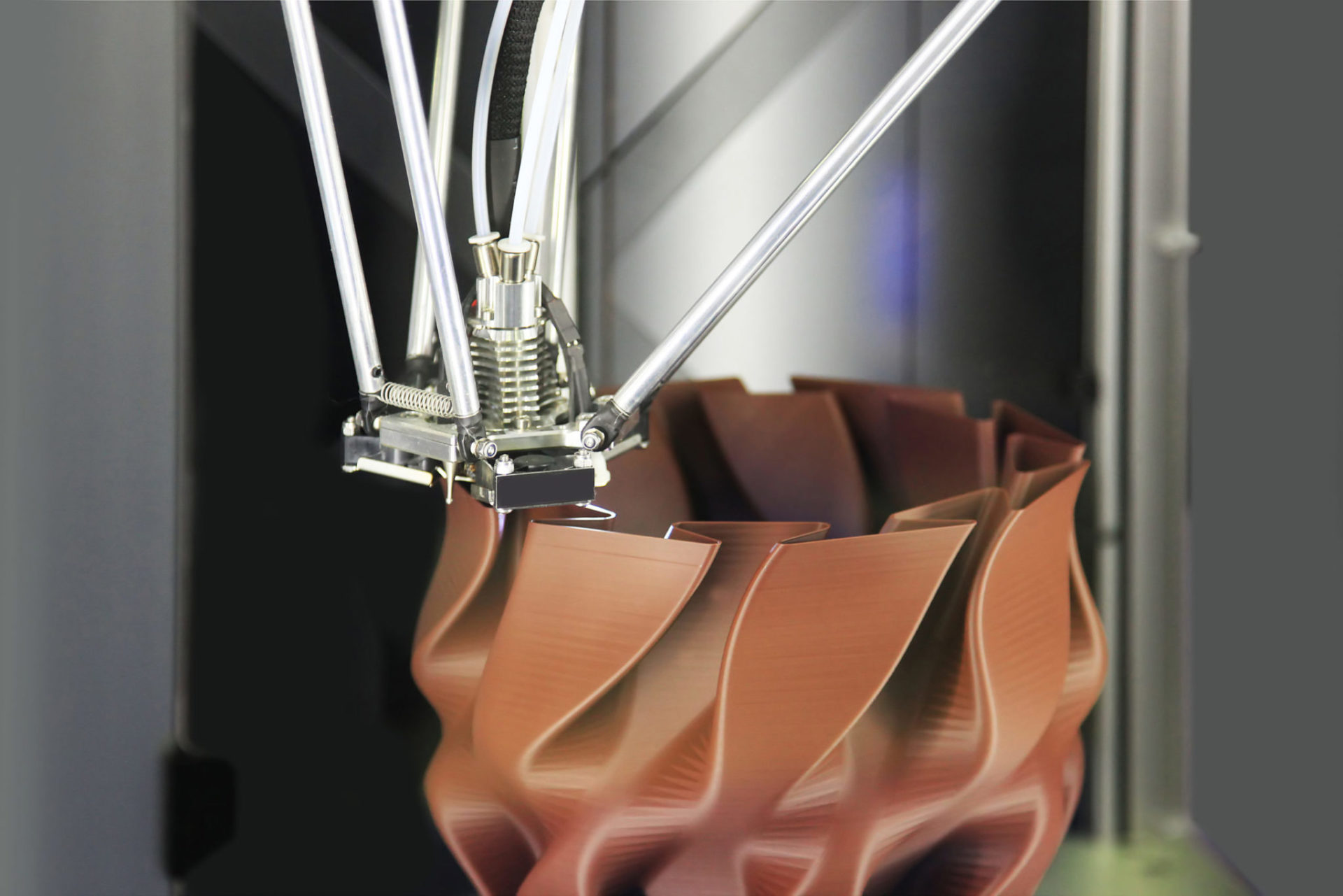 The application of French inventors were abandoned by the French General Electric Company (now Alcatel-Alsthom) and CILAS (The Laser Consortium). The claimed reason was “for lack of business perspective”. Hull coined the term “stereolithography” in his U.S. Patent 4,575,330 entitled “Apparatus for Production of Three-Dimensional Objects by Stereolithography” issued on March 11, 1986.

He defined stereolithography as a method and apparatus for making solid objects by successively “printing” thin layers of the ultraviolet curable material one on top of the other. 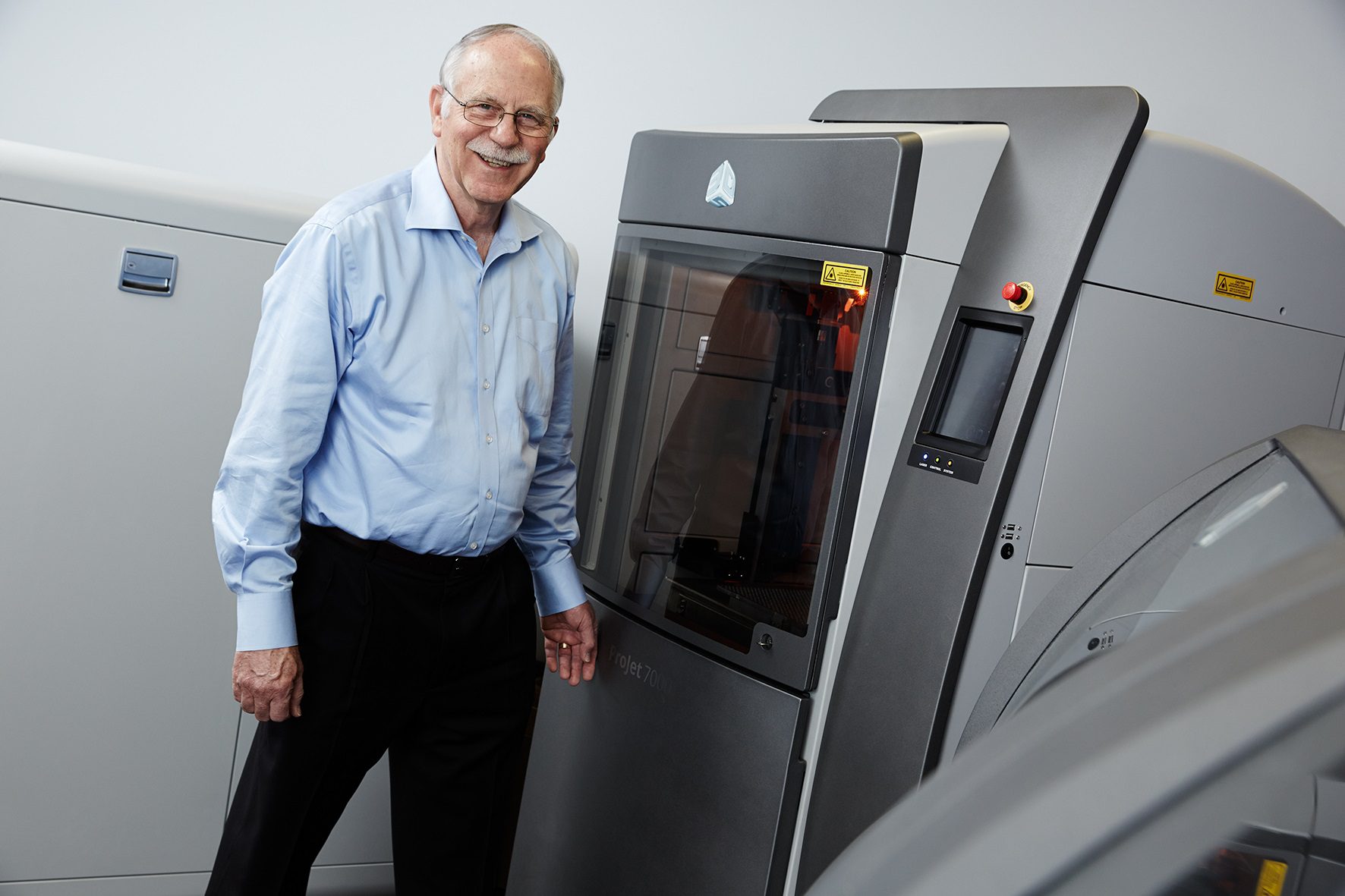 In 1986, commercial rapid prototyping was started by Hull when he founded 3D Systems in Valencia, California. Hull realized that his concept was not limited to liquids and therefore gave it the generic name “stereolithography” (3D printing), and filed broad patent claims covering any “material capable of solidification” or “material capable of altering its physical state.”

Hull built up a patent portfolio covering many fundamental aspects of today’s additive manufacturing technologies such as data preparation via triangulated models (STL file format) and slicing, and exposure strategies such as alternating hatch directions.