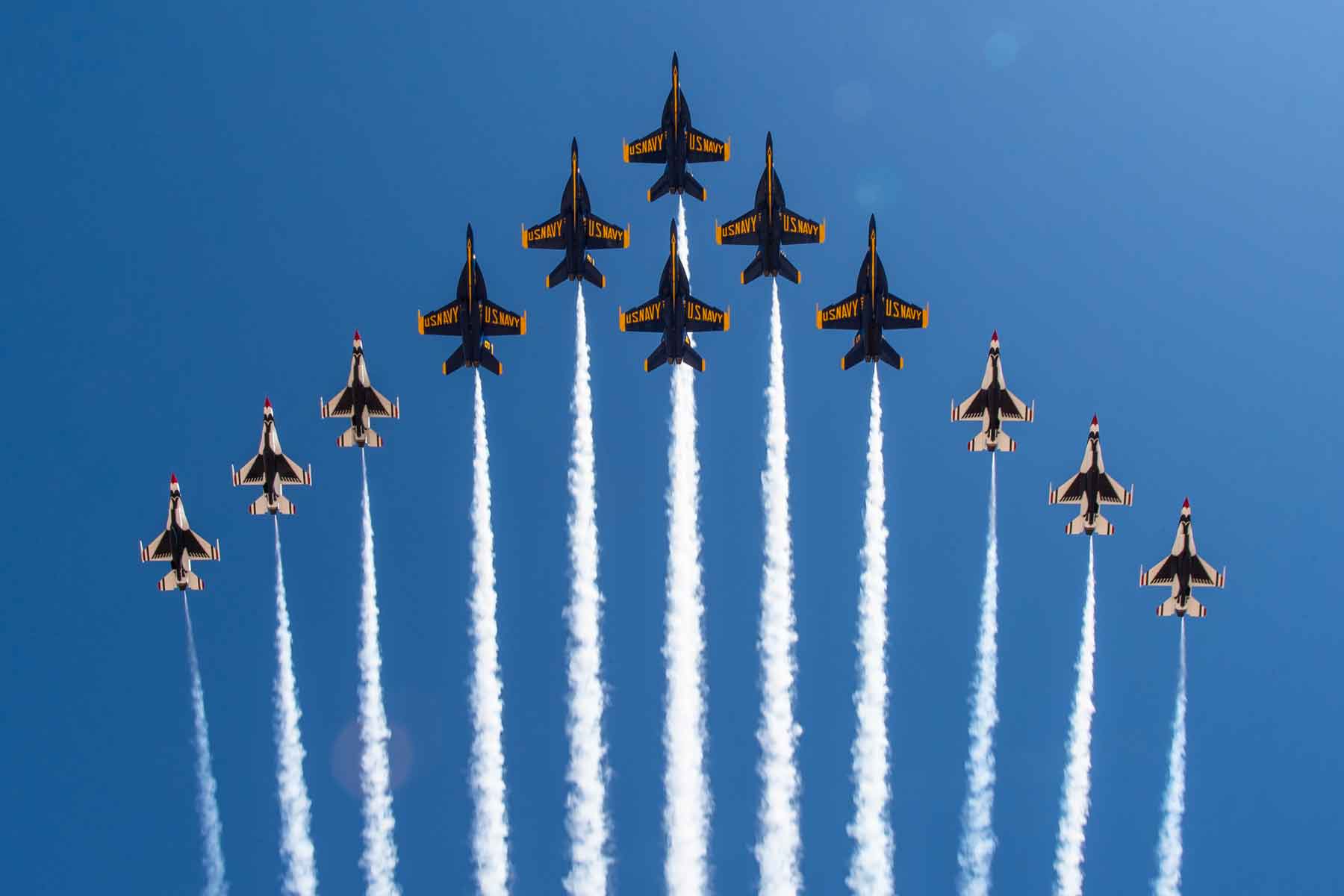 The Blue Angels typically perform aerial displays in at least 60 shows annually at 30 locations throughout the United States and two shows at one location in Canada. The “Blues” still employ many of the same practices and techniques used in the inaugural 1946 season. 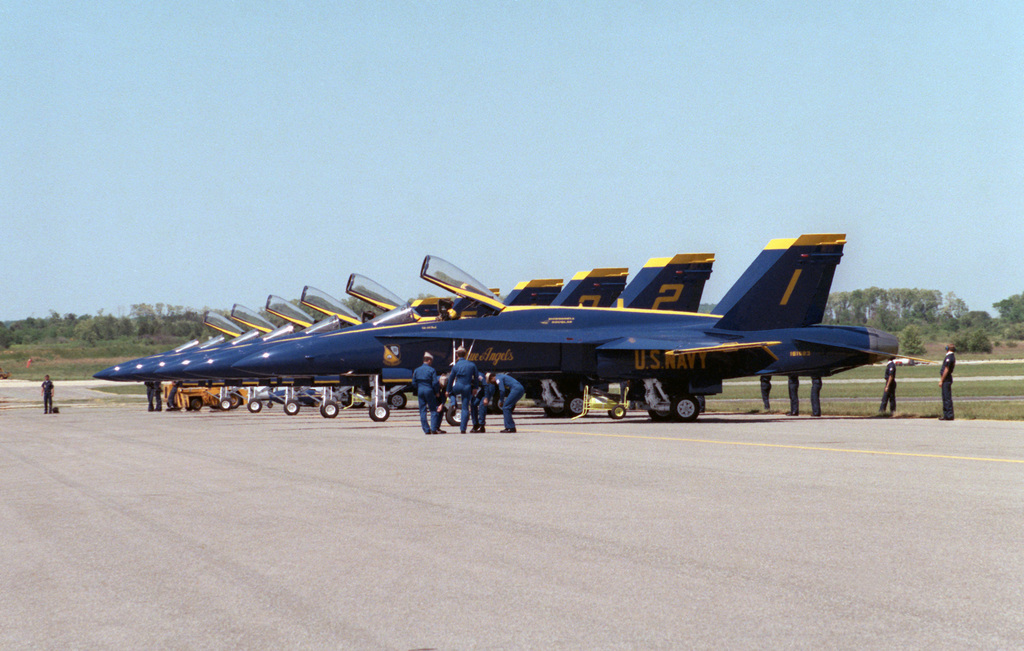 The Blue Angels, according to First Blue: The Story of World War II Ace Butch Voris and the Creation of the Blue Angels by Robert K. Wilcox, were created in 1946 after World War II to keep naval aviation in the public eye. The idea was taken to Admiral Nimitz, who worked with other admirals to stand up “a flight exhibition team be organized with the Naval Air Advanced Training Command.” According to First Blue, the idea was to keep the group low visibility in case the effort was a flub.

Instead, today, the Blue Angels remain part of the Naval Air Training Command and are the US Navy’s ambassadors in blue. Some continue this outreach past their service as either full-time or part-time professional speakers, such as John Foley and US Marine Corps Reserve Major Katie Higgins Cook.