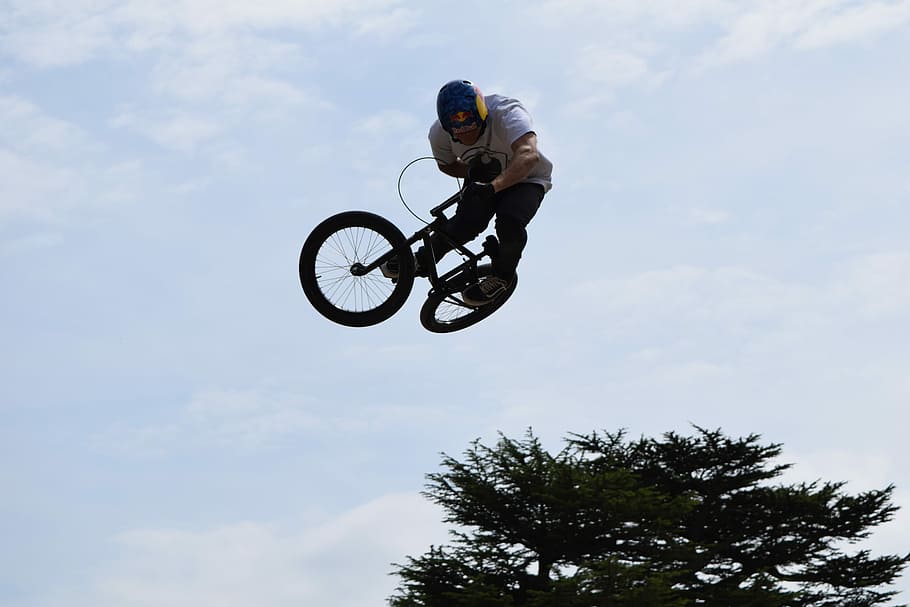 Huck began entering competitions and winning, even landing a scholarship to train with professionals at the X Games summer camp in Pennsylvania. He eventually entered the U.S. National competition in California last month. Huck broke the world record for the youngest male to complete a backflip — all by the age of 6.

The record was previously Brody Ervin, who also landed the trick at age 6 in 2018. Huck, who recently turned 7, was younger by several months when he landed his backflip.

Huck said he enjoys practicing daily and getting better at his tricks.

Huck’s father, Keir Kurinsky, said people are constantly coming up to him to talk about his son’s talent.

“It’s been a real whirlwind,” Keir Kurinsky said. “He’s doing something very cool and unique that is getting recognized on a national scale.”

BMX, which is short for bicycle motocross, has always been important to the Kurinsky family.

Keir Kurinsky has enjoyed riding since his own childhood. When he moved to Northeast Ohio from Baltimore nearly 12 years ago, he helped raise money for the Bay Village skate and bike park. Skate parks are just as important as municipal recreation courts for basketball or tennis, he said.

Keir Kurinsky noted how the skate park and Ray’s Indoor Mountain Bike Park, a prominent bike park on the BMX scene on Cleveland’s West Side, provided Huck a place of solace amid dealing with the pandemic and at-home learning.

“It allowed my son an outlet,” he said.

Huck began learning by religiously watching instructional videos on YouTube and then practicing them at the bike park. The free time also allowed Huck and his father to bond over their love of bike riding.

“I mean, it got me riding again. I felt like I was 15. It was mentally healthy for me in this chaos going on,” Keir Kurinsky said. “And Huck just really enjoyed it and picked it up right away.”

Huck will continue to prioritize school, but he plans to enter more competitions throughout the coming months, his father said.

The young biking phenom also has dreams of entering the X Games and the Olympics when he gets older.

Kurinsky has high hopes for his son and thinks Huck can go very far as long as he stays focused and dedicated.

“He doesn’t grasp the talent that he has,” Keir Kurinsky said.

According to www.cleveland.com. Source of photo: internet