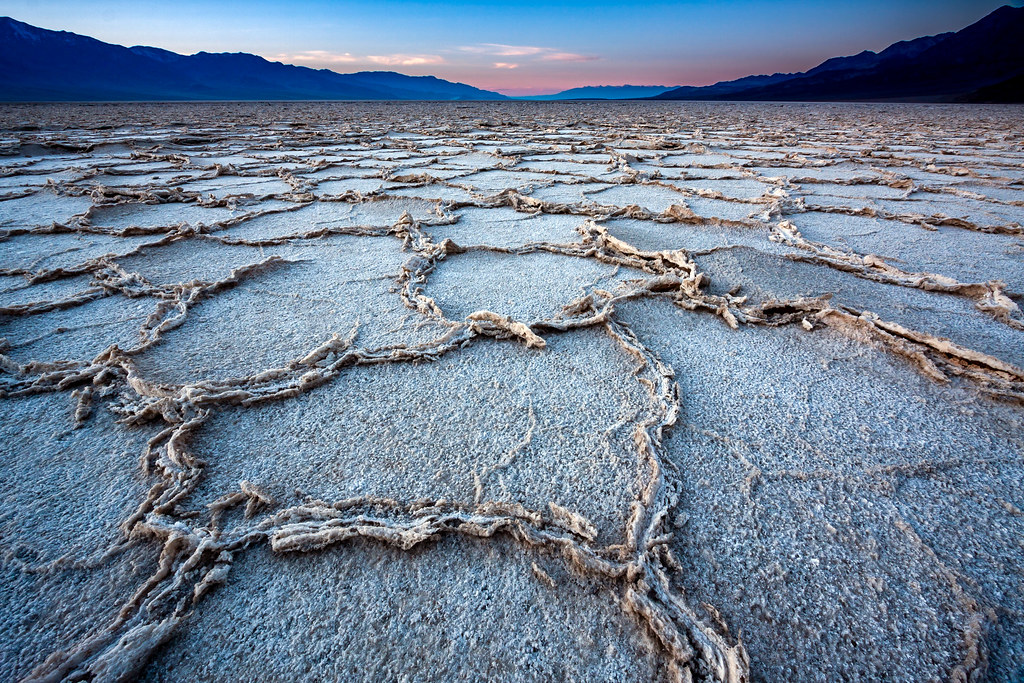 Badwater Basin is an endorheic basin in Death Valley National Park, Death Valley, Inyo County, California, noted as the lowest point in North America and the United States, with a depth of 282 ft (86 m) below sea level. Mount Whitney, the highest point in the contiguous United States, is only 84.6 miles (136 km) to the northwest. The salt flats in Badwater Basin cover nearly 200 square miles, among the largest protected salt flats in the world. Salt flats are too harsh for most plants and animals to survive, yet are quite fragile. Delicate crystals are easily crushed and the relatively thin upper crust of salt can be broken through to the mud layer below, leaving tire tracks and even footprints. For this reason, vehicles are prohibited off established roads in Death Valley.

The source of Badwater’s salts is Death Valley’s drainage system of 9,000 square miles—an area larger than New Hampshire. Rain falling on distant peaks creates floods that rush ever lower. Along the way, minerals dissolve from rocks and join the flood. Here, at the lowest elevation, floods come to rest, forming temporary lakes. As the water evaporates, minerals concentrate until only the salts remain. After thousands of years, enough salts have washed in to produce layer upon layer of salt crust. 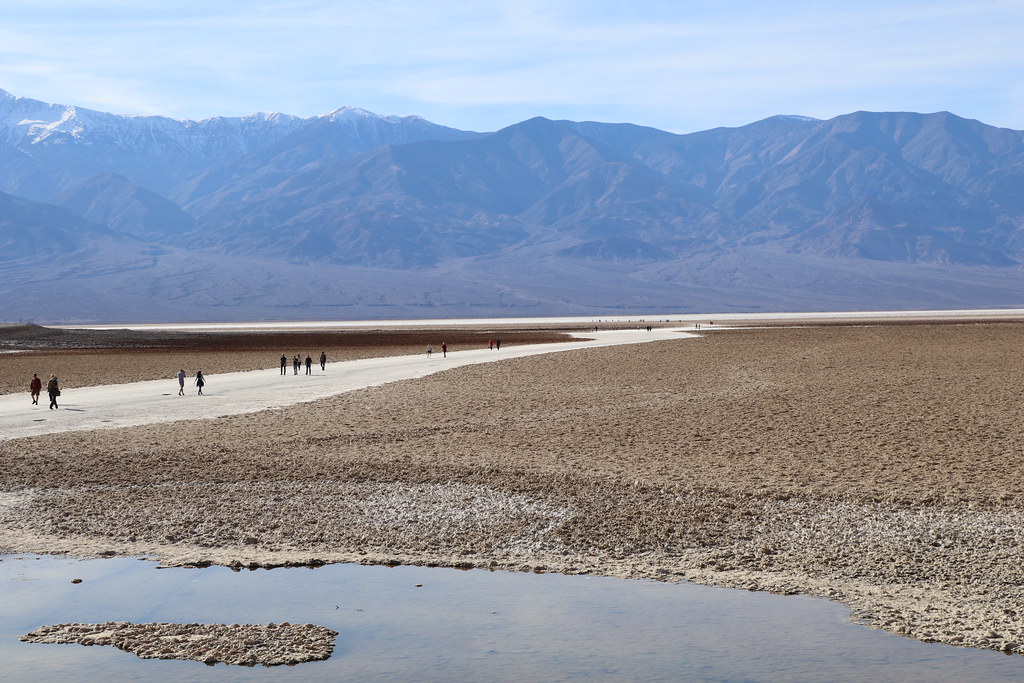 According to www.nps.gov; en.wikipedia. Source of photos: internet