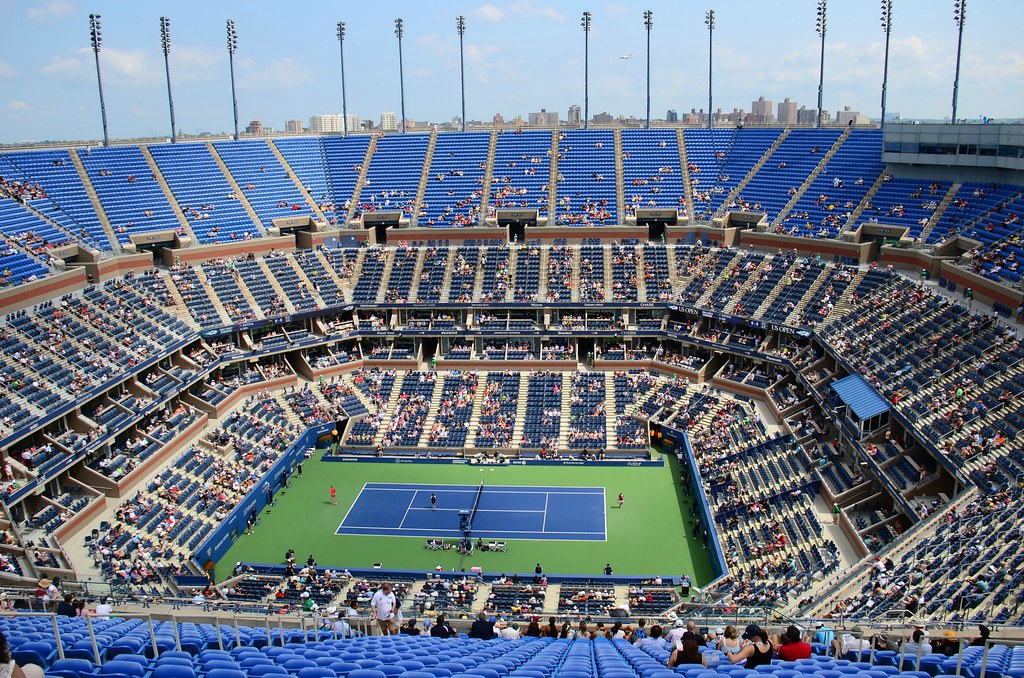 Opened in 1997, the facility replaced Louis Armstrong Stadium as the primary venue for the tournament. It cost $254 million to construct, and then had 15,547 seats, 90 luxury suites, five restaurants, and a two-level players’ lounge, making it by far the largest tennis-only venue in the world. Like the other 32 courts in the facility, it has a DecoTurf cushioned acrylic surface. 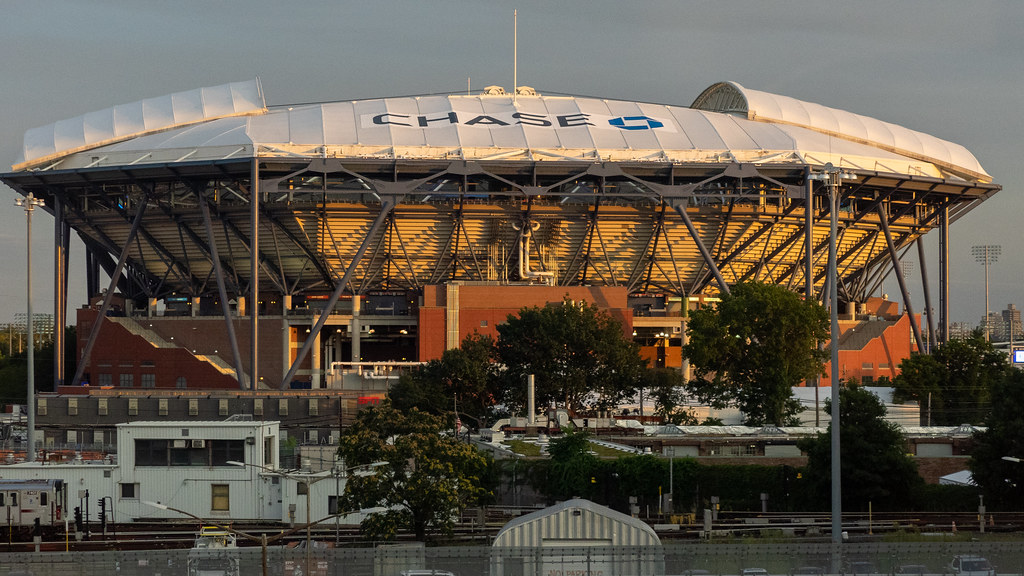 The stadium is named after Arthur Ashe, winner of the inaugural 1968 US Open, the first in which professionals could compete.The original stadium design, completed in 1997, had not included a roof. After suffering successive years of event delays from inclement weather, a new lightweight retractable roof was completed in 2016.

The roof has two 800-ton fabric panels made of 210,000 square feet (20,000 m2) of lightweight PTFE membrane which can open or close on glides, up to 25 feet per minute, to create an opening roughly the size of 17 Olympic swimming pools. The stadium is not fully conditioned; a new chilled water ventilation system controls humidity when the roof is closed. The facility features a Hawk-Eye electronic system that allows tennis players to challenge the umpire’s decision on calls made throughout championships. In 2005, the color scheme for the courts was changed from green to electric blue inner courts and a light green outer court.

According to en.wikipedia.org. Source of photo: the internet.